A lawsuit against an Oakland apartment building owner sheds light on tactics real estate investors use to remove tenants in rent-controlled units — including aggressive evictions and exorbitant rent increases. 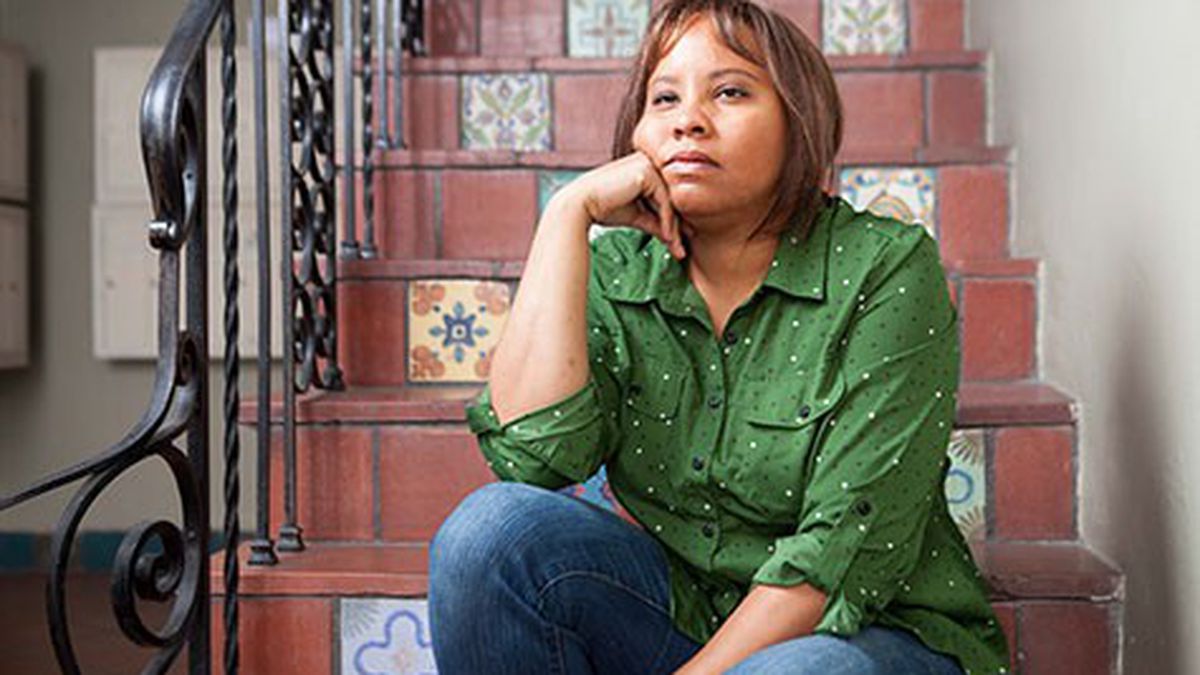 In June of 2013, when Alicia Kester moved into an apartment in a rent-controlled building on the east side of Lake Merritt, she felt grateful to find affordable housing in Oakland. The monthly rent for her and her roommate, Evan Fortin, who had been living in the apartment with a different housemate since 2012, was $1,350 total. But in June 2014, San Francisco-based real estate investor Russell Flynn purchased the seven-story building at 1918 Lakeshore Avenue for a reported $8.4 million — and soon after, Kester said, their new landlords started harassing them.

Records that Kester’s attorney shared with the Express show that starting in July of last year, Lucky Stewart, the new property manager under Flynn, refused to accept their rent payments — and instead returned their checks to them with a short, vague legal statement suggesting that they may be in violation of some portion of their lease. Then, in August, after two months of returning their checks, Stewart sent a formal “warning notice” addressed to Fortin stating that he was illegally “subleasing” his apartment to Kester, alleging that she had no right to live there, and warning that if she didn’t move out in seven days, the landlord would evict both of them.

A few weeks later, court records show, Flynn filed an eviction lawsuit against Kester and Fortin in Alameda County Superior Court — a case that was eventually dismissed in the tenants’ favor. “It was really traumatizing,” said Kester, a 36-year-old event planner and filmmaker. “I don’t want to have an acrimonious relationship with my landlord.”

Flynn’s representatives also attempted to kick out rent control tenants from at least three other units based on the same “illegal subleasing” allegations, according to court records of the eviction threats and a subsequent lawsuit that sixteen tenants filed last month against Flynn, his company, and Stewart. The lawsuit accuses Flynn and Stewart of unjustly attempting to evict tenants and engaging in illegal tactics, including repeatedly harassing tenants and imposing exorbitant rent increases far beyond what Oakland’s rent control law permits.

Reached by phone last week, Stewart said he hadn’t read the complaint but said the eviction attempts were justified and that the tenants and their attorney, Steven Schectman, were trying to “scam” Flynn.

However, court documents, records of the landlord’s communications with residents, and interviews with tenants paint a picture of a property owner taking swift and aggressive actions to push out occupants who are protected by the city’s rent control law. This dispute comes at a time when rents are skyrocketing in Oakland, outside investors are increasingly purchasing property in the East Bay, and complaints of mistreatment and displacement by low-income tenants are on the rise.

Roughly two-thirds of the rental units in Oakland have rent control, which means landlords can only increase rents in those units by small amounts each year based on the consumer price index (rent hikes could not exceed 1.9 percent in 2014-15, for example). When owners sell rent-controlled properties, the existing tenants have a right to maintain their same rents and protections under new landlords. But when residents move out, landlords are free to raise rents as much as they want and can thus set a significantly higher base rent with new occupants. As a result, housing advocates said, it can be very lucrative for real estate investors to purchase rent-controlled buildings in Oakland — if they can find a way to remove low-paying tenants and replace them with wealthier ones.

The tenants of 1918 Lakeshore Avenue have had three different landlords since 2013. In June 2013, Santino DeRose of DeRose & Appelbaum, a San Francisco real estate company, purchased 1918 Lakeshore Avenue from the then-owner, Osman Othman, for roughly $5.5 million, according to the lawsuit. One year later, DeRose’s company (called “Lakeshore 1918 LLC”) sold the building to “Lakeshore Apartments LP,” a newly formed entity managed by Russell Flynn.

In interviews, the 1918 Lakeshore tenants who filed the recent complaint said that soon after Flynn purchased the building, it was clear that the property managers wanted them out. Cortez Phenix and his girlfriend Whittany Robinson, both plaintiffs in the recently filed lawsuit, moved into an apartment in the building in February 2013, according to the suit. But after Flynn bought the building, Stewart started to return their checks and eventually accused Phenix of unlawfully subleasing the unit to Robinson, records show. That’s despite the fact that they had documentation of Robinson paying rent in 2013 to the original landlord. Still, records show that Flynn’s property managers repeatedly refused to accept their rent checks.

Then in May 2015, after months of returning their checks, Stewart sent Phenix a “three-day notice to pay rent or quit” — a first step toward an eviction — ordering him to move out or pay six months’ worth of owed rent, which totaled $9,340.08. He had to pay or leave within three days. “That was really stressful,” said Phenix, a bus driver and longtime Oakland resident. “All of a sudden, they demand we pay all the rent at once? … That was a very difficult financial burden.” The couple ultimately paid the full amount before the three-day deadline, Phenix said. (Schectman, their attorney, provided the Express with copies of Robinson’s original 2013 check demonstrating her tenancy; months of returned checks from management; and the ultimate eviction letter.)

“This is a tactic,” said tenant Kenneth Aguila, another plaintiff who Flynn unsuccessfully tried to evict from the same building. “They don’t collect rent for six months hoping that you spend it, and then give you a three-day notice.” Records show that Flynn also accused Aguila of illegally subletting his unit, because he had a friend — who he said was visiting from Canada — staying with him. The landlord subsequently refused to accept his checks, he said.

“It’s been nerve-wracking,” Aguila added. “They want you out of the building, and they are trying to make it stressful.”

In another case, one tenant of 1918 Lakeshore was threatened with eviction and a $50 “late fee” after she had already paid rent, according to the complaint. In that case, the suit alleges that Stewart also failed to file the three-day notice with the Oakland Rent Board, which is required by law.

In addition to the various eviction threats, Flynn’s representatives, soon after he purchased the building, dramatically raised the rents for tenants in two other apartments — greatly exceeding the legally allowed annual hikes in rent-controlled units. For tenants in the seventh-floor penthouse apartment, Flynn’s attorneys sent a “notice of change to terms of tenancy” — a copy of which Schectman provided to the Express — stating that their rent would be nearly quadrupling with an increase from $1,080 to $3,875 per month. In court, Flynn’s attorneys subsequently accused those tenants of fraud, essentially arguing that they were lying about their original rent. A judge eventually ruled in favor of the tenants, dismissing the landlord’s claims of fraud and saying the new owner lacked sufficient evidence.

In a similar case, records show that Flynn attempted to raise one woman’s monthly rent from $838.50 to $2,500, also accusing her of fraud in court. That case is still ongoing, and in a more recent filing, Flynn’s attorneys said she should be paying $1,300 per month — a jump that still greatly exceeds what the city’s rent control law allows.

Regarding the two cases of massive rent increases, Stewart said in an interview that the tenants were attempting to rip off Flynn and had lied about their original rents and who has been living in the units. But Schectman provided me with the official “rent rolls” — a list of all tenants and rental rates — that Othman, the original owner, provided to DeRose, the intermediate landlord, in 2013. That document lists the tenants in those two cases with their original low rents (at the time $1,080 and $821.26, respectively).

On top of the various legal disputes, the suit also accuses Stewart of harassing tenants with disruptive construction projects, intrusive inspections, denied services (such as repeated water shut-offs), and security cameras that tenants say are meant to intimidate them. Stewart brushed aside those accusations. “There’s no harassment,” he said. “We’re taking care of a building that has been neglected for many years. … We’re spending a lot of capital on fixing up the building.”

Stewart contended that, despite already losing three eviction cases in court, all of the eviction actions were lawful, but declined to answer specific questions about the cases in which Stewart and Flynn accused tenants of illegal subletting units, directing me to his attorney David Wasserman, who did not respond to my request for comment. Flynn declined to comment. In a recently filed response to the lawsuit, attorneys for Stewart and Flynn denied all the allegations, argued that the complaint was “hopelessly vague,” and said that any harm tenants faced was a result of previous landlords’ actions.