.What’s Going On With Clean-Up?

Back in November, we profiled the story of a successful fundraising campaign to get West Oakland homeless resident James Boatner (aka “Clean-up”) off the streets in order to write his memoir (see “Street Stories With a Global Reach”). But since then, a fury of “he said, she said” has ensued: Several readers contacted us to say that Boatner is still on the streets of West Oakland and, worse yet, is claiming that attempts to contact the fundraiser’s organizer, Kate DeCiccio, have been unsuccessful and that she “ran off with the money.” 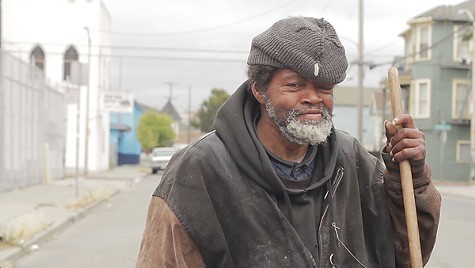 We contacted DeCiccio — a teacher, artist, social activist, and Oakland resident — who wrote in an email that she’s a bit shocked and saddened by Boatner’s claims because they’ve worked together closely for months trying to better his life and get his book project off the ground. “No one has run off!” she wrote. “He has my phone number and knows where I live.”

DeCiccio stated she took Boatner to the Social Security Office in downtown Oakland to ensure he had the proper paperwork to receive Supplemental Security Income, or SSI, which is necessary in order to obtain housing through Building Opportunities for Self-Sufficiency (BOSS) and Bay Area Community Services (BAC). She also said she gave him more than $3,000 of the $10,000 raised.

“The housing folks at BOSS and BAC assured me it wouldn’t be more than a month or so, and they were clear that [James] clearly qualifies for stable and immediate housing, as soon as it was available,” DeCiccio stated. “Yet, as their client, they really can’t tell me too much, as he has the right to confidentiality etc. He seemed authentic in wanting housing when we talked and agreed to work with the resources … so I trusted him.”

Shortly after the Kickstarter checks started coming in, that trust was immediately strained, she continued. “Soon after receiving [the checks], he began coming to my house saying the checks had bounced,” DeCiccio wrote. “Of course, I have documentation that this isn’t the case and he received the money all within a week or so, as he’d requested. He continued to call insisting that he didn’t receive the money and so I explained that I needed to see his bank statement,” which she said he never produced.

DeCiccio also stated she offered to pay the housing services directly, but Boatner was very clear that he wanted to manage the money himself. “Of course I knew it was a risk to give him a bunch of money, but he didn’t do the project because he wanted a parent or caseworker,” she wrote. “It was his right to use the money as he chose, but the plan was to use it for housing and living costs once he was inside. We had agreed for him to provide me with receipts, but he has not. I’m not sure what he has spent it on, or if he has spent it all. I also don’t want to make this about his decisions with the money. He received money and it was his to spend.” But Boatner is still telling neighbors he’s received nothing and DeCiccio has split.

DeCiccio said she’s not angry but frustrated, and hopes Boatner will come clean. “There is nothing I can really do, knowing that the money has cleared from my account, yet he’s asking for more and accusing me of bouncing checks,” she stated. “I told him we could discuss the next steps once we looked at his bank statement together but he has not materialized the statement — instead he’s drummed up concern in our neighborhood by telling folks that he has not received any money. As I’ve received phone calls from concerned neighbors saying — ‘Hey what’s going on? James says you ran off with the money and he hasn’t seen a penny!’ — I’ve explained what’s going on and we’re working together to get the project back on track.”

DeCiccio believes Boatner may have used some of the money for temporary housing, but insisted, “He has not used it to secure a temporary place or toward permanent housing, or at least it seems that way as he remains on the street. Roughly $4,000 remains of the budget to make the book — recording, transcribing stories, publishing etc. Anything leftover will go to James and he’ll be paid for his time to record. And 100% of the book’s profits will go to James.”

DeCiccio remains optimistic about the book project since funds for it still remain. “The book budget has not gone anywhere,” she stated. “We met over the weekend and James agreed to reach out to housing folks this week and to begin working on recording short stories. He’s a complex fellow and I’m trying to do the next right thing while also maintaining our commitment to the project. If people see him in the street, I think reminding him that people donated money because they believe in him, that people are excited to hear what he has to say, might be helpful. Positive encouragement matters. I have faith it’ll all come together. But yeah, tell EBX readers they can rest assured knowing that the neighborhood is watching out for James and that I haven’t skipped town with his money.”