The Oakland Faders DJ collective has made itself a mainstay of local hip-hop. 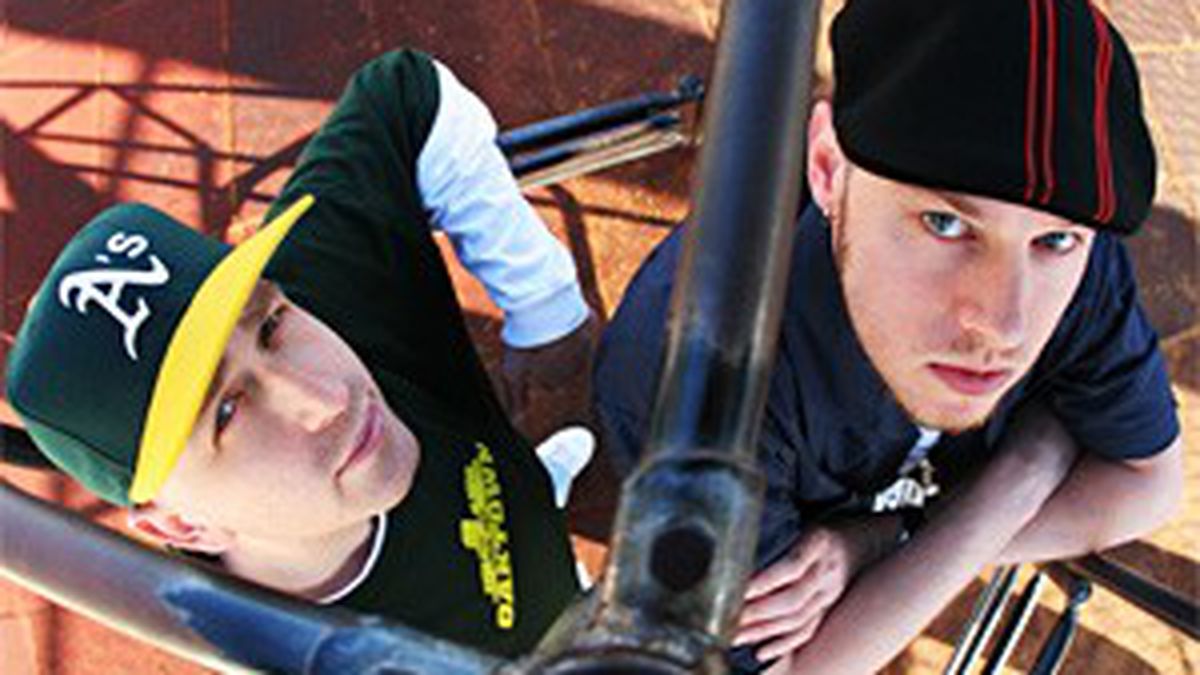 Not every DJ crew can rock a release party for Mistah F.A.B.’s new album and still be known for mix CDs celebrating the careers of De La Soul and A Tribe Called Quest. But therein lies the appeal of the Oakland Faders collective: Its DJs can just as easily rock a crowd of kids bent on getting dumb as they can a group of seasoned and jaded hip-hop heads.

The Faders first scored nationwide renown three years ago when members DJ Platurn and DJ Spair won Scion’s “Free Up Your Mix” contest. Of the more than forty tracks on their winning mix CD, thirty were by Bay Area independent artists from all walks of life. The disc helped solidify their rep as champions of all facets of Bay Area hip-hop.

Spair and Platurn first met in 1995 at the long-defunct Xtra-Large clothing store on Telegraph Avenue in Berkeley. The fledgling DJs struck up a fast friendship and began collaborating. In the decade since, the collective has grown to include Bay Area OG DJ Joe Quixx, formerly of syndicated hip-hop radio program The Wake Up Show; DJ Mere, who rocks his own show on AOL Radio; and the newest member, DJ Karamel, who’s currently flexing her skills as the road DJ for Tony! Toni! Toné!

Spair and Platurn remain the Faders’ most visible members and hip-hop renaissance men. For about two and a half years, they have held down a regular spot at Luka’s Taproom in Oakland, rocking “Flashback Fridays” twice a month and making it one of the East Bay’s most successful hip-hop parties. They cultivate that audience using an eclectic mix that appeals to the mostly 25-and-over crowd. “We pretty much mash every subgenre of hip-hop when we’re out mixing in the clubs,” Spair says. “We’re not just playing commercial stuff off the radio. We’re not just playing old-school hip-hop. We’re not just playing hyphy. I think we’ve got a good ear in what’s hot in the clubs and on the streets. We’ve been DJing for over thirteen years and just hip-hop fans since we were little kids. I think that plays a big part in why people want to work with us.”

Their dizzying list of upcoming projects demonstrates that range. Spair just finished a sampler for the new Mistah F.A.B. album. Platurn, who often takes a year to compile a mixtape, recently completed a James Brown best-of mix CD, and is doing another with the independent San Francisco funk unit Soul Vibe. DJ Mere and Spair are producing a mixtape for Hieroglyphics affiliate Disflex6, and all five Faders are teaming up for a mix CD that will feature the records Hiero has sampled over the years. “What people know us for is that we’re versatile,” Platurn says. “You’re going to hear all styles of music being brought to the table. That’s why we’re capable of working with cats like F.A.B. down to the independent underground cats that are just trying to do it.”

Spair and Platurn say they intend to shift their focus toward original production. The pair has come a long way since recording their first EP for Stray Records nearly six years ago, when they admit they had no idea what they were doing. They’re now planning for a Faders full-length, which Spair hopes will include rappers such as Too $hort and the Coup’s Boots Riley, along with lesser-known artists.

Platurn is currently recording an EP with local artists Zion I, Lateef of the Quannum Collective, and singer Jennifer Johns. With it, he hopes to raise the bar for smart club music. “During our golden era of hip-hop, like 1988 to 1994, the party music was still intelligent,” he says. “The stuff that you heard on the radio and in the clubs were cats talking about something real. They were talking about something relevant and interesting. Now, with the party music, the beats are still hot, but the subject matter is just nothing. It’s like baby talk. The MC sounds like an eight-year-old saying the same thing over and over again.”

Platurn and Spair also hope to form an management group to assist local DJs and producers. Having booked themselves for a decade, the Faders aren’t alien to business concerns. “Our knowledge on music, DJing, and our network is so strong, it’s like, “Why not?'” Spair says.

No matter what field the Faders break into, they say they do it with the hip-hop legacy in mind. “If you’re half-assing what you’re doing and you’re bringing something to the table that’s got negative components to it, you’re putting yourself at risk,” Platurn says. “We got a lot of respect for our own talent, our own scene, and the history of hip-hop, and it’s important to us that we relay that to the community that we work with and the people that are paying attention and watching us, and they see that’s there’s ethics and pride involved in what we do.”