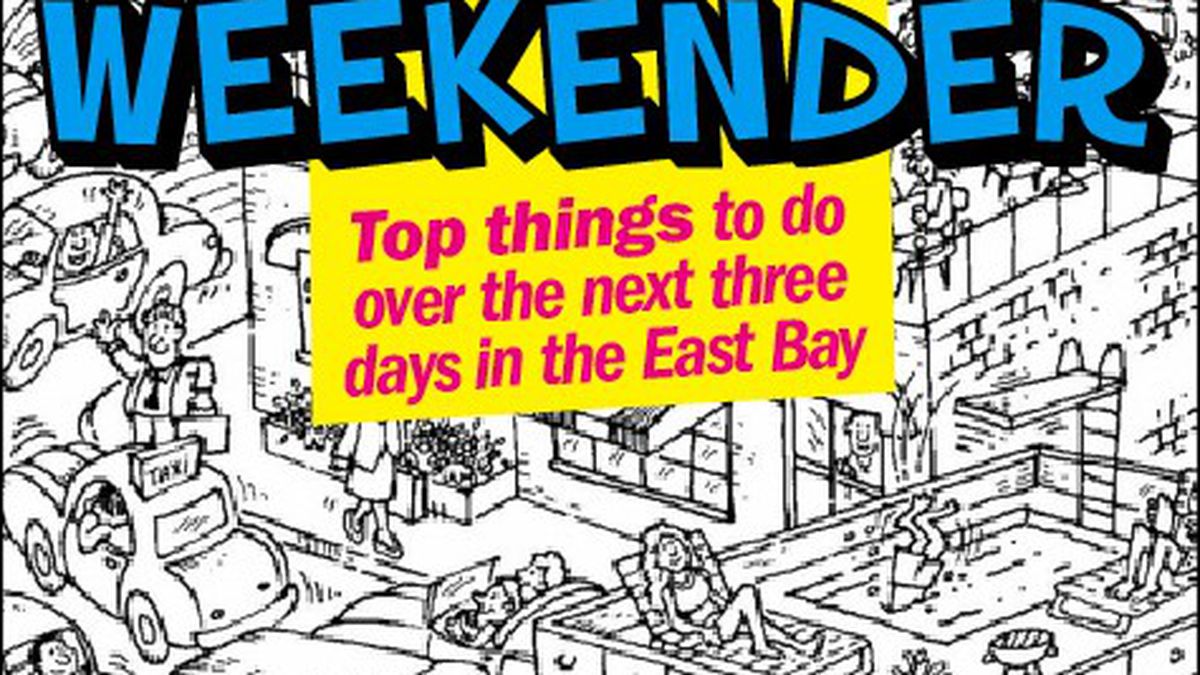 Here are five things to do this weekend that don’t involve tear gas:

Cake
The times they are a’changin’, and that’s something that self-described red diaper baby John McCrea wholeheartedly embraces. Since its genesis during the great grunge revolution of 1991, McCrea’s band Cake has not only carved out an impressive musical career via a string of quirky albums but also embraced a myriad of left-leaning causes. One gander at the news section of the group’s website features links to everything from Occupy Wall Street to immigration to the national debt to climate change. The Sacramento outfit even recorded its most recent album, Showroom of Compassion, in a solar-powered recording studio. Like the band’s politics, its music is fairly unorthodox; Cake has a penchant for covering a number of unlikely artists (Frank Sinatra and Bread among them) and for patching together bits of country, funk, new wave, and hip-hop into earwormy hits (ie, “The Distance” and “Short Skirt/Long Jacket”). Those who heard McCrea rant prodigiously during Cake’s set at the Independent’s ClimatePalooza back in July can expect more of the same this week, when the band plays its pseudo-homecoming at the Fox Theater (1807 Telegraph Ave., Oakland) on Sunday, Oct. 30. 7 p.m., $40.50. TheFoxOakland.com— Dave Gil de Rubio

Fruitvale Día de los Muertos Festival
While death is often a somber subject, the Mexican holiday known as Día de los Muertos (or Day of the Dead, if your Spanish skills need some sharpening) remembers the dead with a two-day celebration. The streets of Fruitvale will come to life during the Oakland neighborhood’s sixteenth annual festival, which honors the holiday with displays of intricate altars and memorials in addition to live music and dancing, traditional foods, a children’s activity area, and more. At Fruitvale Village (3401 E. 12th St. at Fruitvale BART, Oakland) on Sunday, Oct. 30. 10 a.m.-5 p.m., free. 510-535-7151 or UnityCouncil.org/ddlm — Cassie Harwood

Ty Segall
Trash rock has enjoyed its own mini renaissance in the Bay Area over the past three years, and few people do it better than Ty Segall, the bushy-haired, dishwater blond, sweater-and-flannel-shirt-wearing, guitar-shredding local rocker whose voice has as much range and ferocity as any Sixties garage rocker — he’s one of those rare singers who can scream on key. He’s had a momentous year: two album releases, an incomparably fierce performance at Outside Lands, critical acclaim, and national notoriety. And this week, he’ll perform in the company of friends — namely, the Rock ‘n Roll Adventure Kids, New York band Zulus, and Oakland-based noise-punk outfit High Castle — at what will probably be one of the best warehouse shows of the year. It happens at 924 Gilman (924 Gilman St., Berkeley) on Saturday, Oct. 29. 7:30 p.m., $10. We recommend getting there early. 924Gilman.org— Rachel Swan
Facebook
Twitter
Linkedin
Previous articleVideo of Keith Olbermann’s Special Comment on Occupy Oakland
Next articleFriday Must Read: Quan Tries to Apologize, Gets Booed; Occupy Oakland Reestablishes Tent City
18,644FansLike
0FollowersFollow
67,429FollowersFollow