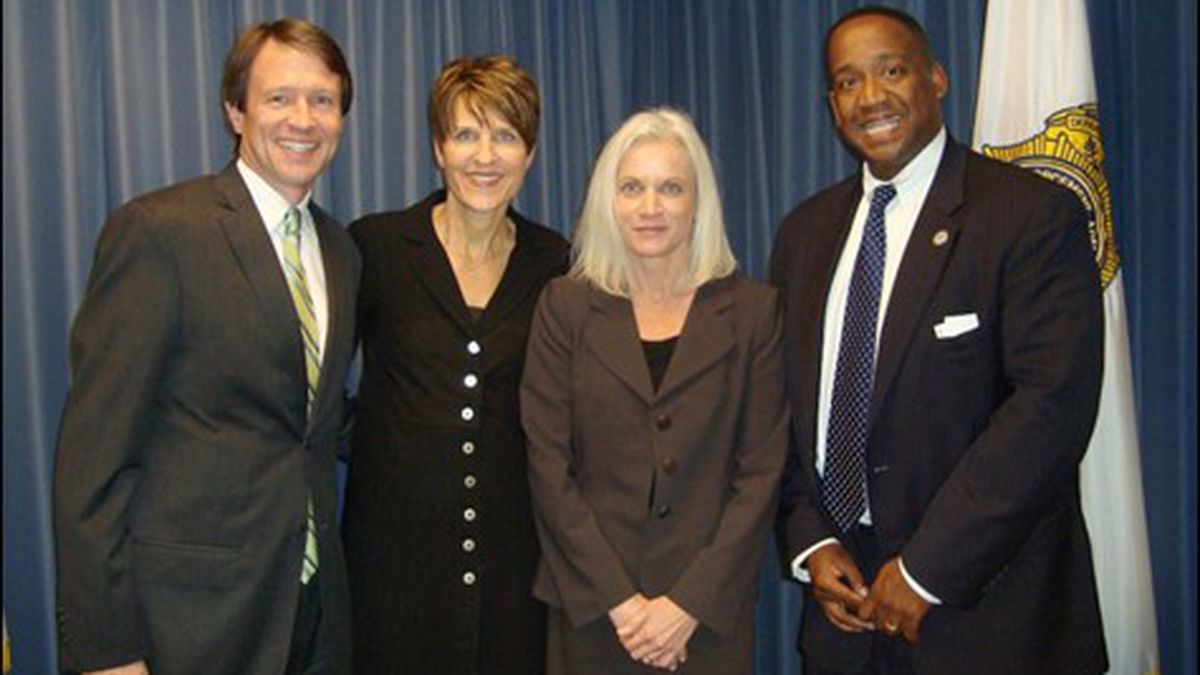 The federal crackdown that shredded medical marijuana this year looks like it'll last at least until the 2012 presidential election.

Federal officials took a whack at trimming the increasingly unkempt medical marijuana industry in 2011, but they used a chainsaw instead of gardening shears. It was quite a turnaround from the beginning of the year, when the medical cannabis industry came in like a lion, before ultimately going out like a chastened lamb. The sudden switch largely stems from one beastly federal press conference on October 7, when the four US attorneys in California announced a new crackdown on medical pot and the recreational industry sometimes hiding behind it.

A salvo of federal letters threatening asset forfeiture caused hundreds of property owners across the state to evict medical marijuana businesses. By year’s end, battleground counties were hurting: San Diego lost almost all of its perhaps one hundred storefronts and Sacramento County lost almost all of its forty clubs. Los Angeles retains a robust storefront dispensary scene. So does San Jose. Three clubs closed in San Francisco. One club in Oakland moved.

In answering why, the US attorneys singled out profiteers and out-of-state exporters, and said their enforcement actions were “aimed at curtailing the large, for-profit marijuana industry.” Melinda Haag, US attorney for Northern California, elaborated on her priorities: “Marijuana stores operating in proximity to schools, parks, and other areas where children are present send the wrong message to those in our society who are the most impressionable.”

Indeed, San Francisco’s Medithrive, Mr. Nice Guy, and Divinity Tree, and Fairfax’s Marin Alliance for Medical Marijuana were all close to such uses before being shut down — but they were also licensed by their cities. Haag has gone on to state she received complaints about such places, but has not presented any.

Lisa Gygax, attorney for Oakland dispensary Oakland Organics, said: “They went after [Coffeeshop] Blue Sky for being within 500 feet of a charter school that Oakland allowed after Blue Sky was there. They’re saying cities don’t have rights to allow a variance to any laws.”

The US attorneys’ October 7 press conference also marked the federal government’s public progression away from the historic 2009 “Ogden Memo.” That memo said that jailing cancer patients was no longer a priority of the federal government. The memo also made some people think that weed was on its way to becoming legal, attorneys say. And combined with Depression-level unemployment, the Ogden Memo ignited a boom in marijuana entrepreneurship.

In truth, however, the feds never really stopped waging a multi-pronged attack on medical weed. The Treasury Department, for example, has unceasingly pressured banks to close dispensary accounts, while the Internal Revenue Service has targeted dispensaries for destruction by taxation. And with the 2010 midterm shellacking of Democrats, there was a growing perception that Ogden, or at least the perception of it, had become a 2012 presidential election liability for President Obama.

The October crackdown also was telegraphed in the June 29, 2011 “Cole Memo,” which publicly walked back Ogden: “The Department’s view of the efficient use of limited federal resources as articulated in the Ogden Memorandum has not changed. There has, however, been an increase in the scope of commercial cultivation, sale, distribution and use of marijuana for purported medical purposes. … The Odgen Memorandum was never intended to shield such activities from federal enforcement action and prosecution, even where those activities purport to comply with state law.”

Courtney Sheats, head of Americans for Safe Access Sacramento, said the Cole Memo made it clear what was going to happen next. “With the updated memo, we actually anticipated there being a shift in the climate,” she said

And for the president, the crackdown appears to be a political win-win. The press conference and the ensuing uproar over dispensary closures burnishes his national Drug War credibility without costing him electoral votes in strongly Democratic California. “Obama needs that 20 percent in the middle, the undecideds, until the month before the election; and Obama wants to make sure, number-one, they don’t see him as soft on drugs, and number two, they get some support from the law enforcement bureaucracy,” said David Goldman, a leader at Americans for Safe Access in San Francisco.

In addition, the crackdown chastised an industry whose swagger was hitting historic levels. “One complaint filed against a south Orange County strip mall, for example, alleges that eight of the 11 second-floor suites in the buildings are occupied by marijuana stores,” the US attorneys wrote.

The medical marijuana market had daylighted some of black-market pot’s nastier elements, too. At a “now-closed marijuana store in the San Fernando Valley, two conspirators allegedly used encrypted smartphones to coordinate marijuana sales to places as far away as New York and estimated that they would each receive $194,000 in profits per month. In a San Diego dispensary case unsealed last week, six defendants were charged in a 77-count indictment that alleges a wide-ranging conspiracy that included numerous marijuana sales to under-aged persons.”

The growing market also had attracted the naïve, said a licensed Sacramento dispensary operator, who noted that “over the last few years there has been a green rush. All these other people who think they can do anything and just open and it’s all good — they’re getting a rude awakening. They really didn’t know what was going on. They just knew it was easy money. But let’s be honest:dispensaries — if you do it right and you follow local regulations — ain’t no damn money in it. I would have opened up a Subway if I could’ve.”

The federal actions have mainly served to buttress efforts by local foes throughout the state. All throughout inland and Southern California, dispensary bans are back in a big way. Pot storefronts amplify already fierce NIMBYism over retail business parking, foot traffic, and perceived home values.

“You can have 70 percent of a city totally supportive and if 30 percent happen to be really pissed off because there’s something in their back yard, you’re going to hear an awful lot from those people,” said Dale Gieringer, head of California NORML.

Local law enforcement had also been facing a full-scale insurrection by the citizens they’ve sworn to protect and serve. Over the summer, a coalition of San Diego clubs used a referendum to stop a city ordinance from shutting them all down. Several other coalitions in battleground counties followed suit this fall and winter.

Once labeled “pot heads,” cannabis users are increasingly politically organized and financed. Until the crackdown, dispensaries were buying political speech in the form of campaign contributions and advertising more than ever before. The industry also has begun writing its own local ordinances via initiative, and it continues to overwhelm and stymie cities in the crowded, underfunded courts.

But the US attorneys have signaled they will not back down in 2012. “Although our initial efforts in the Northern District focus on only certain marijuana stores, we will almost certainly be taking action against others. None are immune from action by the federal government,” they wrote.

It’ll stop “after the election,” said David Goldman, “and it’s a disgrace. All the reasons for going after Medithrive, and Divinity Tree are a pack of lies and misinformation.”

The crackdown is also a metaphorical BB gun shooting at a battleship. Marijuana is the second most popular recreational substance behind alcohol. Fifty percent of Americans favor legalization. Prohibitionists face unstoppable demographic and technology-driven change, as the most vehement drug warriors die, boomers retire, and young activists connect online.

“It’s a myth to think that patients and others who use medical marijuana are going to quit. It is a market that goes back to the Civil War. Come on, it’s not going away,” Gygax said.