1. CHP officers patrolling the streets of East Oakland under an agreement between the city and the state shot and killed two men yesterday following two traffic stops. The Trib$ reports that CHP officers shot and killed a 19-year-old at about 3 a.m. Tuesday after a high-speed chase in which officers were trying to stop him for driving without license plates. Separate CHP officers then fatally shot the passenger of an SUV that they had pulled over at about 9 p.m. Police say both dead men had firearms.

2. A BART cop shot and killed a fellow BART police officer during a routine search of an apartment in Dublin, the Chron reports. It’s unclear why the BART officer fired his gun at his colleague — the occupant of the apartment, a robbery suspect, was not there, because he was already in custody.

3. Oakland police took a step backward in their reform efforts during the most recent reporting period, according to Independent Court Monitor Robert Warshaw, the Chron and Trib$ report. OPD lost ground in efforts to improve its investigations of use-of-force incidents by police officers and department cops are still failing to properly use chest-mounted cameras designed to record interactions with the public.

4. Gays and lesbians can no longer be excluded from juries because of their sexual orientation, the Ninth Circuit Court of Appeals ruled, according to the Chron. 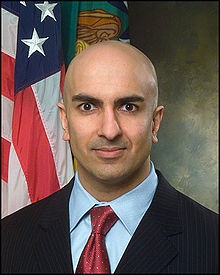 5. Moderate Republican Neel Kashkari, a former US Treasury official in both the Obama and Bush administrations, declared that he’s running for governor against Jerry Brown. The Chron reports, however, that Kashkari has shown little interest in California politics over the years, and often failed to vote in elections.

6. State Republican lawmakers want to remove more water from the delta because of the drought — a move that could destroy the fragile estuary. The Fresno Bee$ reports that the GOP also wants to halt the restoration of the San Joaquin River.

7. And a UC Berkeley climate expert says that this may be the driest period in California in five hundred years, the SF Business Times$ reports.

Next ArticleWhat’s Going On With Clean-Up?