1. The California Highway Patrol is investigating allegations that Caltrans punished whistleblowers who raised serious concerns about shoddy work on the new eastern span of the Bay Bridge, the Chron reports. Last week, a state Senate probe concluded that nine engineers had suffered some form of retaliation. However, the CHP investigation is an administrative probe — not a criminal one — so it’s unclear what the outcome of it will be. 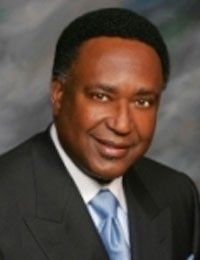 2. Noted defense attorney John Burris said a man who was fatally shot by an Alameda County sheriff’s deputy last weekend was unarmed and running away at the time of the killing, the Chron reports. Oakland police had called the sheriff’s department for backup when searching for a potential robbery suspect. Police said Jacorey Calhoun, the man killed, fled when they tried to stop him.

3. The family of a 21-year-old football player at UC Berkeley who died earlier this year during an intense training session has sued the university, alleging that it knew Ted Agu had a medical issue, the Chron reports. Agu had a sickle cell trait that made it dangerous for him to participate in a drill in which athletes were required to run up a hill ten times while attached to each other with a rope.

4. The Berkeley police union has sued the city, alleging that a confidential report involving the in-custody death of a transgender woman was leaked illegally to the Daily Cal, the Chron reports. The leaked documents, which the Daily Cal reported on in May, stated that police Officer Gwendolyn Brown “did not constantly monitor [Kayla Moore’s] vital signs” before Moore died.

5. The Kwik Way restaurant in Oakland’s Grand-Lake neighborhood closed abruptly last week after a dispute between the restaurant’s owner Gary Rizzo and property owner Alex Hahn, the Trib$ reports. Rizzo was reportedly behind on his $9,000-a-month rent and Hahn had refused to lower it.

6. A Bay Area couple — Sami Inkinen and Meredith Loring — set a speed record by rowing from California to Hawaii in just 45 days, the Chron reports. The couple, who are endurance athletes, were attempting to raise awareness of the dangers of sugar.

7. And large number of humpback whales are putting on a spectacular show right now and drawing large crowds of spectators to Monterey Bay, the Chron reports.