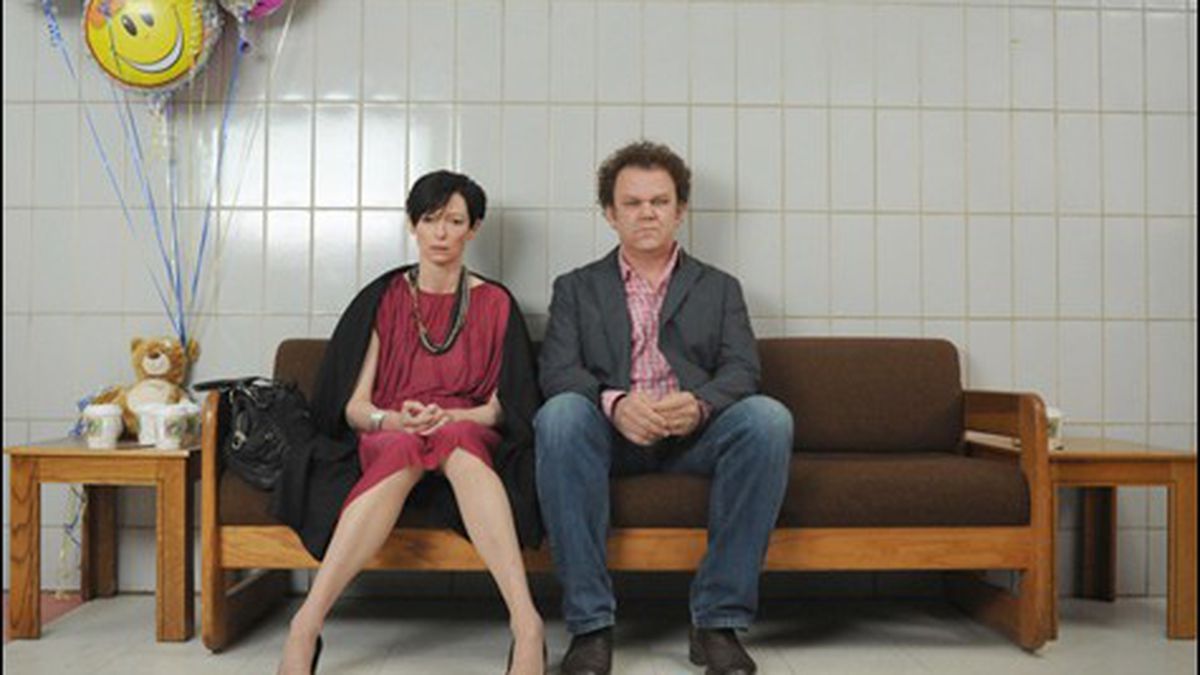 We Need to Talk About Kevin

Actress Tilda Swinton, the epitome of a cult object, continues to find eerie, disturbing situations in which to insert her distinctive presence, the latest of which is We Need to Talk About Kevin. The aggressively androgynous Swinton look — ghostly pale “natural redhead” skin, emaciated figure, and haunted expression, combined with her penetrating gaze — has been much imitated but infrequently embraced by mainstream moviegoers, despite her fine character work in such films as Julia, Michael Clayton (for which she won an Oscar), and I Am Love. But Swinton soldiers on, seemingly eschewing roles with mainstream appeal in favor of stressful scenarios adorned by major art direction. She plays to her strengths.

Kevin is a case in point. In outline, the story of middle-American wife and mother Eva Khatchadourian (Swinton) slowly being driven mad by her wicked young son, a contender in the Spawn of the Devil sweepstakes (played by three actors at various ages), is pure melodrama. In the hands of director and fellow Scotland native Lynne Ramsay (Morvern Callar), however, we worry about Eva’s mental state just as much as we do Kevin’s.

For every creepy action by Kevin, there is an equal and almost as violent reaction by Eva, nearly all of it held tightly inside her. The kid hates his highly strung mother’s guts but seemingly has no problem with good old dad, an affable oaf played by John C. Reilly. Eva’s solution to this childrearing dilemma is to withdraw into fantasies of abandon — a wine festival features prominently — and to shrink from the awkward niceties offered by her uncomprehending neighbors. Eva doesn’t have a friend in the world, and when teenage Kevin (Ezra Miller) finally commits the outrage he’s been rehearsing for all his life, his mother takes the full force of public hatred.

In another, more delirious treatment of the same story — perhaps by the late Derek Jarman, a Swinton enthusiast who understood her hysterical potential — Eva might have been tied to a tree and shot full of arrows à la Saint Sebastian, or at least run out of town. But as Ramsay and writers Roy Kinnear (adaptation) and Lionel Shriver (novel) see it, she merely gets her house and car slathered with red paint, and cursed at on the street. Somewhere in movie purgatory, Patty McCormack’s little Rhoda Penmark from The Bad Seed must be chortling. Swinton fans will take poor Eva to their bosoms without a second thought. Everyone else: Medicate before use.&#8;