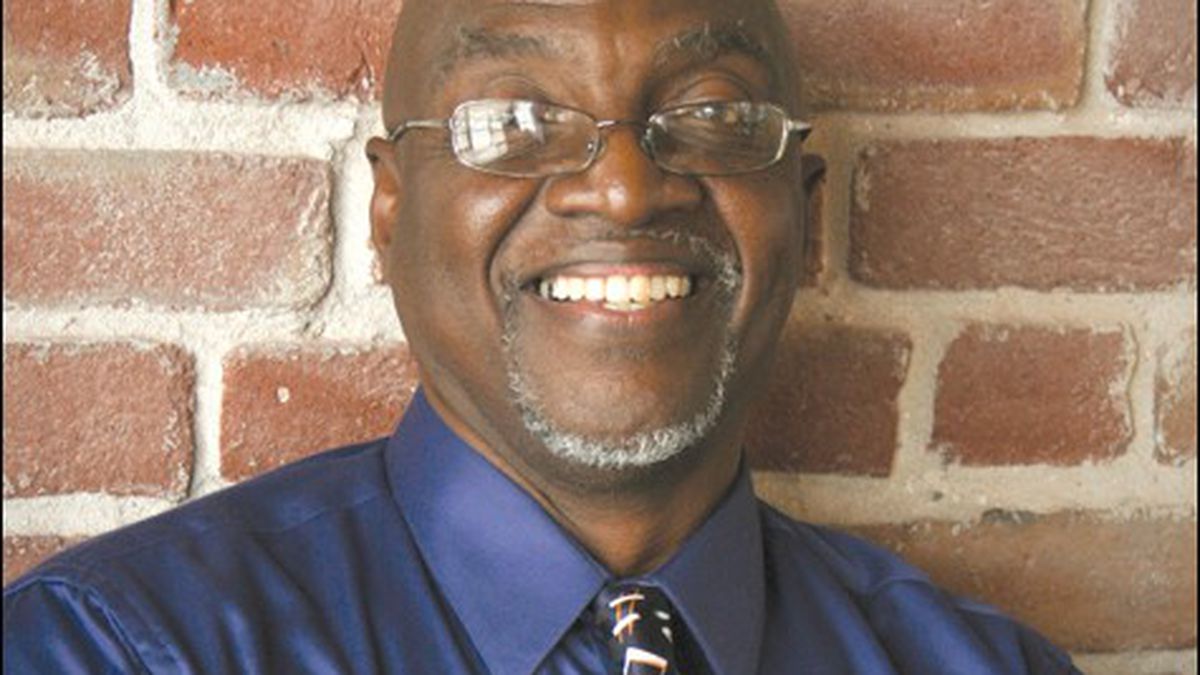 Walk of Fame Brings the Blues Back to West Oakland

Sidewalk stars pay homage to the musicians who once haunted 7th Street.

The doors at Esther’s Orbit Room have padlocks on them. Iron grills block the windows, which are starting to gather dust. Above them hangs an iconic sign with purple lettering, and a picture of a rocket blasting off. For years Esther’s was the last vestige of a metropolitan corridor that no longer exists. It used to be a breakfast club with a large proscenium stage, located at the current site of the 7th Street post office. According to local blues guitarist Ronnie Stewart — who grew up down the way, on Adeline Street — it was Oakland’s answer to the juke joints in Motor City or the French Quarter. Al Green made his first West Coast appearance at Esther’s in the mid-Sixties, Stewart said. B.B. King played there. So did T. Bone Walker.

“This was the West Coast Harlem,” said Stewart, idling outside the Orbit Room in his Cadillac DeVille on a recent Tuesday. “It had a Bank of America, a bowling alley, a boxing gym, stores, meat markets, a pharmacy, movie theaters, nightlife, ladies in red short dresses.”

The Orbit Room shuttered a few months ago. Ninety-year-old Esther Mabry died on Memorial Day. The rumpled navy-blue awning still hangs over her old venue, which sits across the street from its original home. It’s right at the lip of the I-880 freeway entrance, under a swath of sky-level tracks where BART trains rumble by at all hours of the day.

Stewart reviles BART. “This is what destroyed 7th Street, right there,” he said pointing at the tracks through his car window. “They put BART up top, because it was cheaper and quicker. It was West Oakland, and they weren’t going to run into any opposition.” In a more well-heeled neighborhood, residents might have had enough political clout to force BART to go underground. A portion of the old nightlife district could have been preserved.

Now 61, Stewart has made it his life’s work to resurrect the West Oakland of his childhood. He grew up in a Queen Anne Victorian at 916 Adeline Street, learned to swim in the pool at DeFremery Park, and attended Cole Elementary School. Stewart taught himself how to play guitar during his junior year of high school, and joined a blues band straight away. In 1985, he and fellow guitarist Haskell Robert Saddler (better known by his stage name, Cool Papa Saddler) formed the Bay Area Blues Society. They wanted to promote a form of music whose main practitioners were older, under-resourced, and not incredibly press savvy. Saddler died sixteen years ago from complications associated with diabetes, but Stewart kept going it alone. Increasingly, he finds himself memorializing a scene he helped generate.

Things are looking up, though. With increasing development, new business infrastructure, and an ever-shifting population, Oakland has suddenly become fixated on its own history. In 2005, the city received a $1.9 million grant from the Metropolitan Transportation Commission, which it allocated to a series of streetscape projects in West Oakland. The list of improvements included tree planting, sidewalk widening, street repaving, a new bus shelter, a dancing light sculpture at BART, and a gateway at 7th and Union streets, project engineer Mohammad Barati said. The city also apportioned part of that sum for Stewart’s gold star “Walk of Fame,” to exalt the old blues royalty of West Oakland. He’ll place twenty brass plaques — each inscribed with the name of a famous blues musician — along the block of 7th Street that flanks BART. Stewart pulled a blueprint for the B.B. King star from the back seat of his Cadillac. Designed by local illustrator James Gayles, it featured a large musical note with a tiny oak tree at the bottom. “The music they played on 7th Street,” said Stewart, reading a slogan that arched over the logo and beaming.

Stewart said that he and Saddler began lobbying for the Walk of Fame stars back in 1990. They wanted to install the first star at Esther’s, which was a fully operating supper club at the time. In the end, they had to install the first star at BART, since MTC supplied the seed money. That irked Stewart to no end. “It would have killed Ms. Esther, had she found out,” Stewart said, insisting that Mabry spent the last few years of her life anticipating the Walk of Fame. “Which is really — ‘scuse my French — F’d up.”

Stewart came up in an era when musicians got suited and booted, and he still tries to have a signature look. On Tuesday he wore a long-sleeve button-down shirt and a musical-note tie. His cap bore the insignia for the USS Arizona. A large coffee cup lay on the floor of his Cadillac. “I only drink chocolate out of that,” he said. “I don’t like coffee.” Stewart rubbed his eyes blearily and gazed back up at the BART train. He still runs on a musician’s schedule, rehearsing in the afternoons and gigging most nights. But he doesn’t have the luxury of sleeping in. Stewart says he wakes up by 6:30 most days. He’s currently running Bay Area Blues Society as a band, a business, and a preservationist organization. He takes care of all the details himself.

At this point, the work is starting to pay off. In a few weeks, 7th Street will see its first stars imprinted in the sidewalk. The area has evolved dramatically since Stewart’s childhood. The army base is closed; the bars are gone; the old Victorians sit cheek-by-jowl with new condo developments. Down the street from Esther’s sit a bike shop and a hippie cafe. Walk a little further and you’ll find the Mandela Foods Cooperative, the Upper Kutz Barbershop, a gridded apartment high-rise, Subway Sandwiches, the Acorn housing projects, and The Crucible metal foundry. The streets are wide and lined with tender, spindly trees. It’s a far cry from the entertainment district that Stewart remembers, but it’s starting to look like a thriving neighborhood once again.

Stewart’s childhood house is gone, but there’s still an oak tree out front that’s been there since the 1920s, he said. Some things seem impervious to change.

The Joys of Imperfection