.Walk a Mile in Their Shoes

Or more accurately, 3,500 miles, with the migrant family of Midnight Traveler. 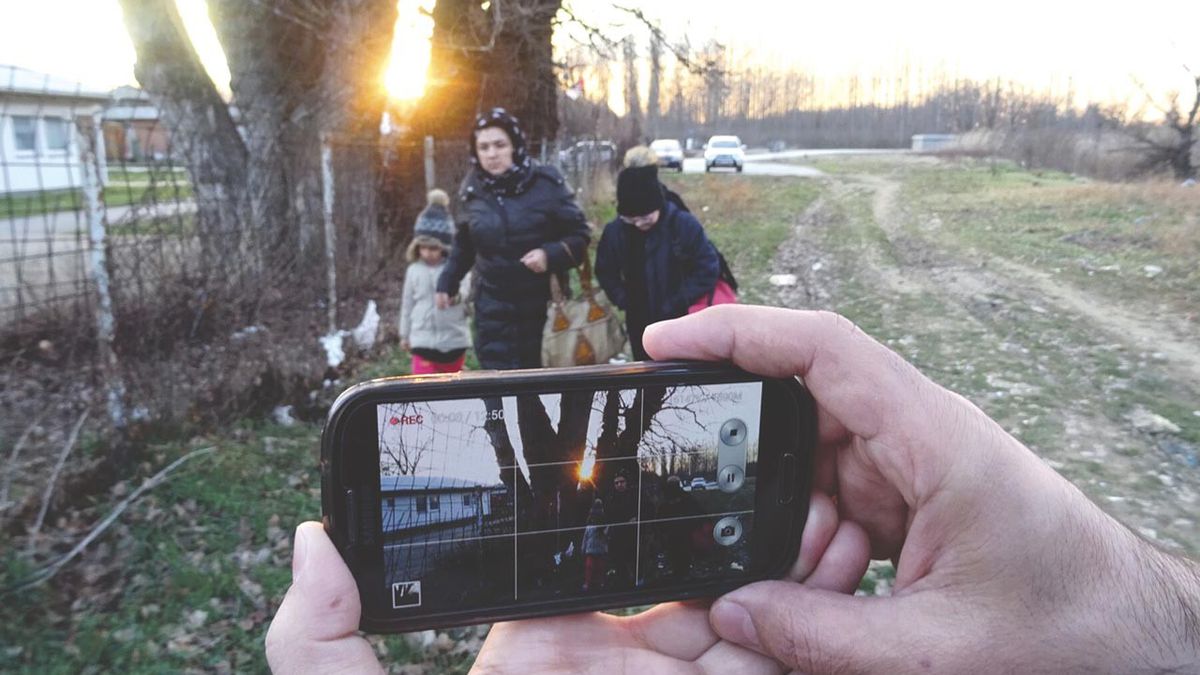 In 2015, Afghan filmmaker Hasan Fazili’s documentary Peace in Afghanistan aired on TV in Kabul. This evidently vexed the Taliban so much they put a price on Fazili’s head. He and his family fled to Tajikstan, but were rejected there and sent back to Afghanistan. After that, the best option for Fazili, his wife, and their two young daughters was to pack their belongings into their car and undertake the 3,500-mile journey to the West on their own. The new doc Midnight Traveler is a video diary of that trip, shot entirely on three mobile phones.

It is no carefree joy ride. On their way through Afghanistan the family’s females have to wear the burqa. Their trip takes them from steppes to desert to the Mediterranean to Eastern European refugee camps, all the while picked on by suspicious locals, smugglers, human traffickers, and police. Their phones get confiscated and must be replaced. Younger daughter Zahra temporarily goes missing from a camp. Older daughter Nargis learns how to dance from an Internet video, but does not know how to pray.

Near Belgrade, Serbia the family finds refuge in a half-built building with no heat, in the snowy winter. The trek across Croatia must be made at night. In Hungary’s Roszke Transit Zone they’re confined behind barbed-wire fences. The journey from their Afghan home to their entry into the E.U. consumes more than three years of their lives, but surprisingly the Fazili family never loses hope.

The doc puts into the shade every indie drama and horror flick ever made on a phone. For those other films, the cheapo production method comes across as a gimmick. With Fazili and his family, the phones are a strict necessity, their most important tool for survival (aside from the money they use to bribe officials). Displaced persons are the involuntary ambassadors of a world in upheaval. The unforgettable Midnight Traveler takes us along with them and shows us what it means to be a 21st-century migrant.&#8;

Next ArticleIn Search of the East Bay’s Spiciest Eats