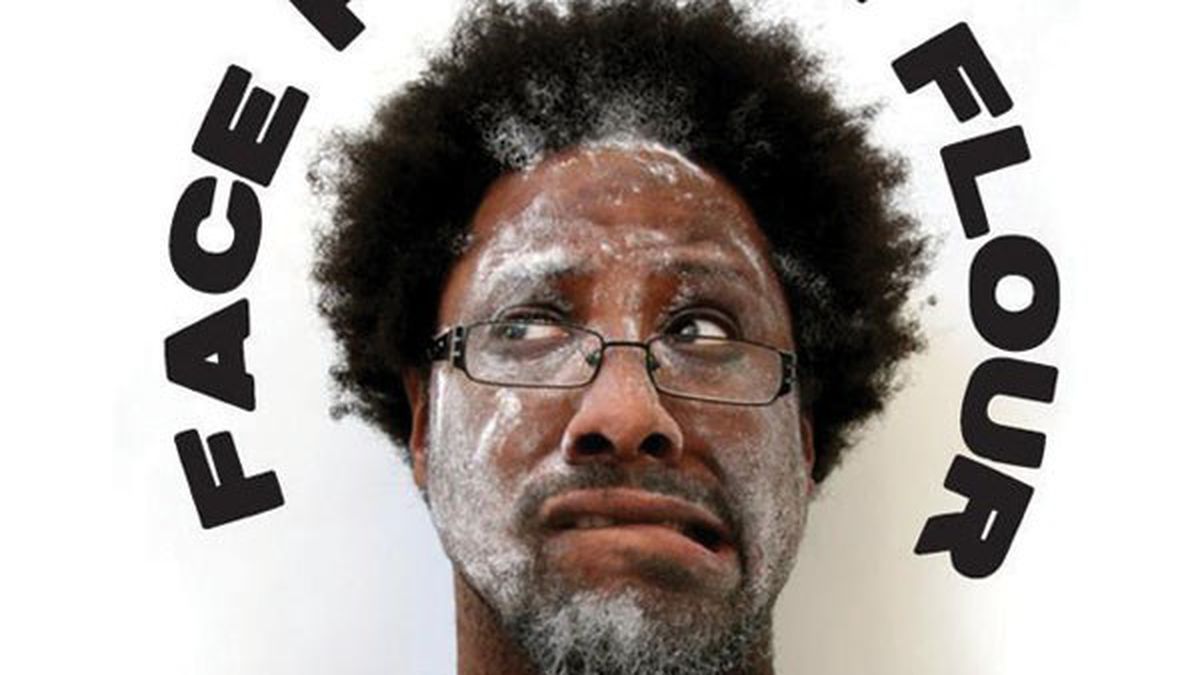 It’s hard to do left-wing political humor without devolving into platitudes and homilies, especially when most of your jokes center on race — and most of your race jokes are black and white. W. Kamau Bell is the rare guy who does it really, really well. So well, in fact, that he manages to sustain a huge fan base with a pretty high median IQ. Most of that owes to his writing. A judicious humorist, Bell is extremely charismatic and has a huge personal cache of pop culture references. (The title of his new album, Face Full of Flour, derives from an old-school Rice Krispies commercial in which a mom puts flour on her face to look like she slaved away on a batch of Rice Krispies treats.) Bell even breaks the fourth wall to analyze his own jokes (“The Russian judges gave me a ‘ten’ for technical difficulty,” he says of a bit called “Barack Is Too Smooth — Throw Some Flour on Your Face”). He knows right away which current events will fit into his purview, and what kind of twist to put on them. A single punch line takes him from Rice Krispies to “whiteface.”

Such qualities radiate in Face Full of Flour, which opens with Bell describing his complicated knot of feelings about Barack Obama, and ends with anecdotes about his interracial marriage. The stuff in between is topical and thematically cohesive, but delivered in an offbeat and cavalier way. Telling a joke about the recent Henry Louis Gates flap, Bell philosophizes, George Carlin-style, about why Gates would “flip out” when accused of breaking into his own home. A joke about Michelle Obama touching the queen has him free-associating about the relative importance of both women: Michelle is the first African-American First Lady; the queen is a rich figurehead with a precarious grip on power — and given the no-contact rule, she’s probably a Gremlin, Bell surmises. A joke about civil liberties gets increasingly weird when Bell starts comparing “dudes who sleep with dudes” to “dudes who sleep with guns.” Most of us will get the point about a gun being a sublimated phallus; what’s funny is hearing Bell act it out.

Bell’s ability to veer from the banal to the bizarre is one of his big selling points. But he’s not really an absurdist in the traditional sense — he’s more of a political junky who sees everything through a racial lens. He reads online news voraciously, synthesizes information quickly, and tries to comment on it before the pundits weigh in. His Facebook status updates are always worth reading. He’ll tweet from the stage. He’ll pause midway through a Tyler Perry joke so that white people in the audience can take out their iPhones and look up “Tyler Perry” on Wikipedia. He’s just the sort of comedian who should thrive in the age of social networking: fast, pointed, personal without divulging too much, good at impersonating black celebrities, and even better at impersonating their white hecklers. “When I say ‘you white people,’ I don’t mean you white people,” he says, addressing the audience in a bit called “This Is Not My Amurica.” “I mean your friends and family.” That sounds like a put-on, but it always kills. (Rooftop Comedy Productions)