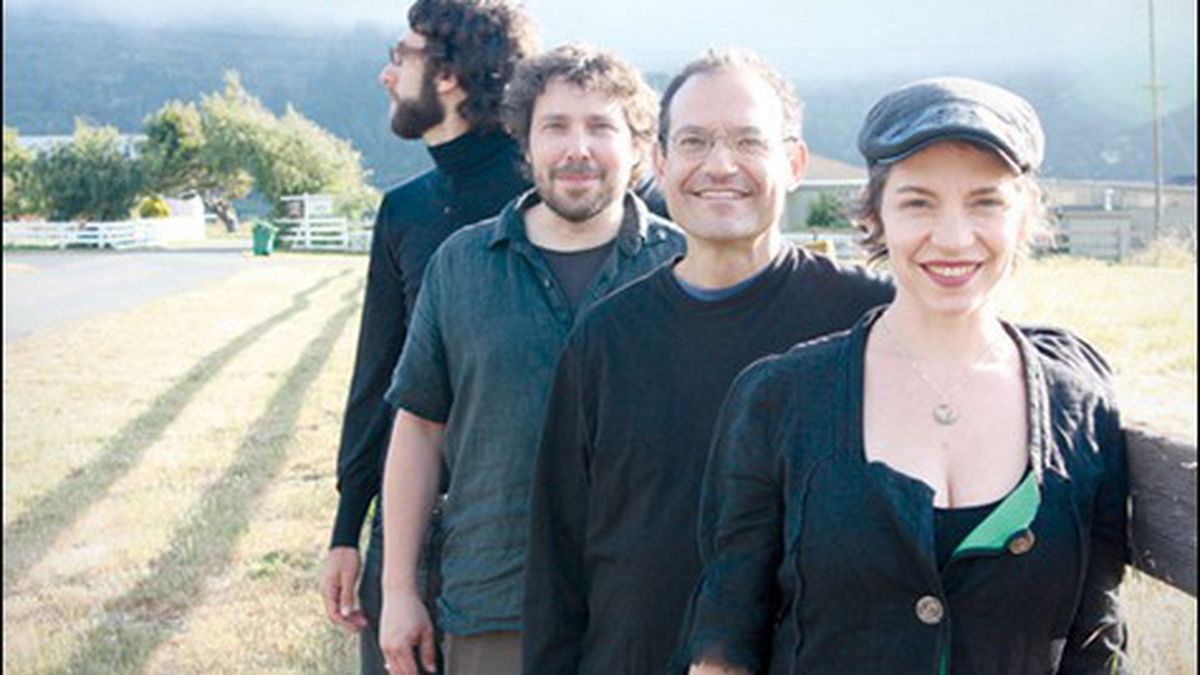 With personnel changes and band members on the move, the avant-chamber ensemble Tin Hat realized that a moment of truth had arrived. It was time to unleash Carla Kihlstedt.

Founded in San Francisco as Tin Hat Trio in the mid-1990s by a triumvirate of conservatory-trained East Coast transplants, the group has morphed and expanded over the years while retaining its essentially instrumental identity. Despite a series of albums featuring vocals by a fabulous array of special guests, including Tom Waits and Willie Nelson, Tin Hat rarely called upon Kihlstedt’s prodigious pipes, instead featuring her compositions and dauntingly accomplished violin work.

Tin Hat’s latest incarnation presents a batch of new musical settings for the poetry of e.e. cummings on Thursday at Mill Valley’s Throckmorton Theatre and on Friday at Freight & Salvage. The gigs will serve as preparation for the recording of the band’s first album of new material since 2007’s ravishing The Sad Machinery of Spring (Hannibal), another literary project inspired by the lyric, hallucinatory writing of the doomed Polish Jewish artist Bruno Schulz. Featuring founding guitarist Mark Orton (now based in Portland, Oregon), Berkeley clarinetist Ben Goldberg, and San Francisco accordion ace Rob Reich, a recent addition to the Tin Hat fold, the group embarks on a new era with the cummings songs. “We’ve been looking for a project for a while where we could use Carla as a vocalist,” said Orton, an award-winning film composer whose credits include scores for Miguel Arteta‘s The Good Girl, Jodie Markell‘s The Loss of a Teardrop Diamond, and numerous documentaries. “She’s such a powerful force as a singer, there were worries earlier that it would throw the group off balance, but this gives us the potential to explore art songs and chamber crossover stuff, things that we haven’t gotten to as much.

“A lot of cummings’ poetry is beautifully concise and lends itself well to song. He was so prolific. We all have the same book, the complete works, and there are a lot of options. There’s some stuff that’s very surreal with words broken apart, and earlier pieces with standard rhyme schemes.”

The cummings project arrives at a propitious moment for Kihlstedt, a longtime Oakland resident who relocated to Cape Cod last year with her husband, percussionist/vocalist Matthias Bossi, and their infant daughter Tallulah. While she’s pursuing numerous commissions, she has shed almost all of her other ensemble entanglements. Last month, Kihlstedt performed at The Independent at the farewell gig for Sleepytime Gorilla Museum, the outrageously inventive art-rock band she founded with former Idiot Flesh members bassist Dan Rathbun and guitarist/vocalist Nils Frykdahl. And her astonishing singer/songwriter effort 2 Foot Yard melted away as her collaborators, cellist/vocalist Marika Hughes and percussionist/guitarist Shahzad Ismaily, immersed themselves in their own projects.

A graduate of Oberlin, Kihlstedt blossomed as an artist when she moved to the Bay Area in 1994. She kept one foot in the classical world to help pay the bills while plunging into free improvisation with masters such as ROVA Saxophone Quartet‘s Larry Ochs, guitarist John Schott, and Ben Goldberg (then in the thick of radically reinterpreting traditional Ashkenazi melodies with New Klezmer Trio). She honed her vocal skills with Jewlia Eisenberg‘s bluesy Balkan rock band Charming Hostess at a time when the group also featured Idiot Flesh members, who opened her eyes to the creative potential of a rock act.

“I was fresh out of conservatory and had done my best to leave behind the whole classical world,” Kihlstedt said. “The thing I missed was the attention to detail that classical music affords you. Working on Bartok’s string quartets, there’s a level of detail and precision while still making incredibly visceral music that I really thrived on. I realized that what I was missing existed in an incredibly powerful, amazingly performative, all-encompassing rock experience.”

If there’s one thread connecting the seemingly disparate worlds through which Kihlstedt moves it’s a zeal for the written word. From Tin Hat’s engagement with Schulz and cummings to Sleepytime’s obsession with James Joyce to composer Lisa Bielawa’s “The Kafka Letters” — which set the author’s correspondence to music as a vehicle for exploring her extraordinary ability to perform intricate pieces simultaneously as a violinist and a vocalist — Kihlstedt describes many of her projects as book clubs.

“We’re such nerds,” she said. “But it’s really fun to have four or five people all thinking about the same texts and being able to discuss it on tour.”

Kihlstedt isn’t the only member of Tin Hat who is stretching into new territory. For Goldberg, a dynamic force on the Bay Area’s improvised music scene for more than two decades, composing for Tin Hat has accelerated a journey that he’s also traveling in his gritty quartet Go Home, with guitarist Charlie Hunter and drummer Scott Amendola. After years as a passionate exponent of free improvisation, he’s found himself drawn to writing simple melodies. The cummings project has pushed him further down that road, developing ideas that can stand alone as a statement, rather than serving as guideposts for extended exploration.

“With cummings’ poetry, you’ve got to write a song that fits together as a song,” Goldberg said. “You can’t just write a tune, you’ve got to have the right arrangement, particularly because it’s a strange combination of instruments. If I write a tune for a jazz trio, all I need is a melody and some chord changes. This has got me working with the details and the nitty gritty of the music in a much more thorough way. I credit Tin Hat with forcing me into that situation.”

For old-time Tin Hat fans, the most interesting part of the new order is the addition of accordianist Rob Reich. The original Tin Hat Trio included Rob Burger on accordion; when he moved back East to pursue a career in New York City as an arranger and session player, Orton and Kihlstedt ended up trimming “trio” from Tin Hat and collaborating with a disparate cast of players, including Björk harpist Zeena Parkins and tuba player Bryan Smith. Goldberg became a full-fledged member about five years ago, along with San Francisco multi-instrumentalist Ara Anderson, who left last year to pursue his own projects.

Anderson’s exit opened the door for Reich, a brilliant musician who shares the group’s conservatory training and love of improvisation. As a member of the Gypsy swing combo Gaucho and the folk jazz Nice Guy Trio, the Oberlin alum seeks out a vast and varied array of musical settings, including composing music for the Bay Area’s Circus Bella. When Tin Hat plays pieces from early recordings like the 1999 debut “Memory Is An Elephant” and 2002’s “The Rodeo Eroded,” it’s impossible not to compare the original trio sound to the new version.

“There are moments when my ears are sent into pure nostalgia for all the years with Rob Burger,” Orton said. “Rob came up on accordion as Tin Hat formed. Now he’s completely his own person on the instrument, from Lucinda Williams to Laurie Anderson. Reich is a very different kind of player who opens up a whole world of possibilities. He’s such a sophisticated and soulful musician, a real virtuoso on the instrument, with incredible ears. He’s breathed new life into the band by offering a fresh takes on our sound, while harkening back to a mix we all loved.”