History-laden thrillers, intellectual capers, a romantic heroine with a Ph.D, a murder mystery penned by a MacArthur Genius: This summer’s best books — many of which have local authors and settings — are equal parts brainy and beachy. 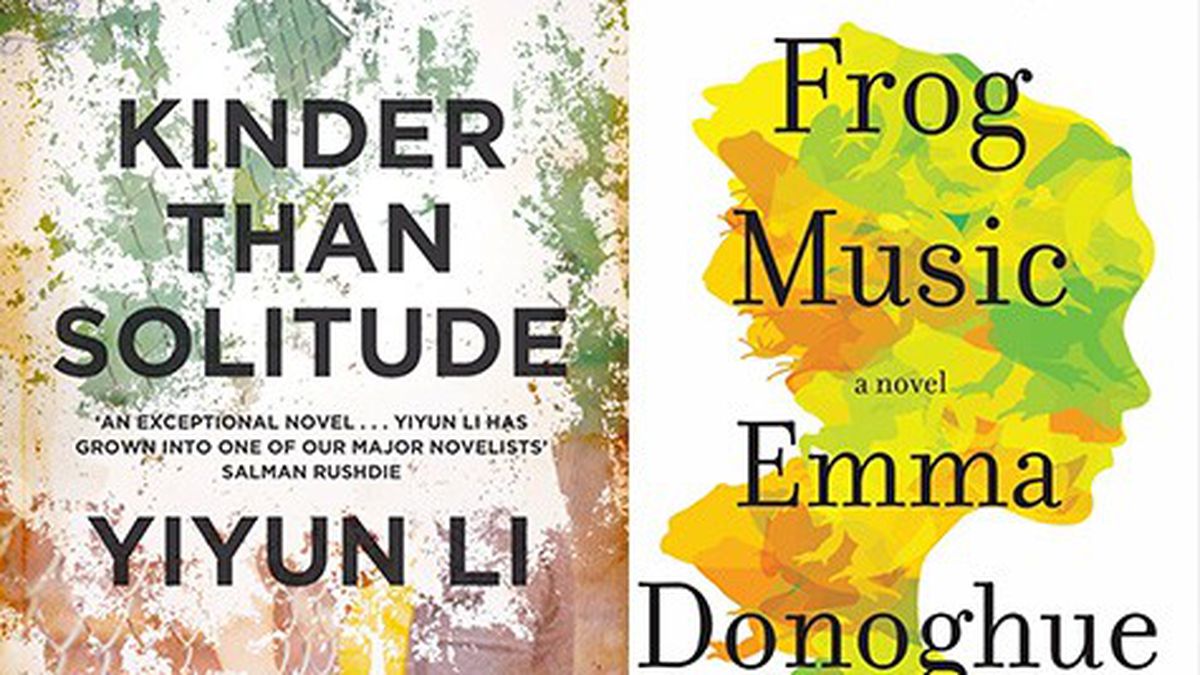 In 2010, Emma Donoghue rocketed to the top of local and national bestseller lists with Room, a haunting, taut, utterly unforgettable literary take on the Jaycee Dugard kidnapping and captivity tragedy. This summer’s triumphant return, Frog Music, is a fitting sequel: As Room showed us, Donoghue has a gift for place, for setting, for wringing anxiety and drama out of the spaces her characters occupy, as well as for taking real-life events and rendering them realer and sharper than they were the first time around. In the case of her new book, the setting isn’t a squalid single room but the thrumming, electric, riotous streets of San Francisco, circa 1876, and the real-life event isn’t a kidnapping but rather the yet-unsolved murder of a cross-dressing frog-catcher by the name of Jenny Bonnet, who is shot dead through a saloon window. Music follows Bonnet’s friend Blanche as she attempts to piece together what could have happened — and avoid Bonnet’s fate herself. It’s a bizarre story through and through, and Donoghue more than does it justice, drawing for the reader a (clearly assiduously researched) world that feels both too strange to be real and too vivid not to be.

Kinder Than Solitude By Yiyun Li

Kinder Than Solitude starts at a crematorium. It makes casual reference to “the profound and perplexing loneliness in which every human heart dwells” and is unabashedly fascinated with isolation — whether tragically unasked-for (as in the case of Shaoai, who is mysteriously poisoned as a teenager and spends the next 21 years trapped in a barely functional body) or self-inflicted (as with Ruyu, Boyang, and Moran, the book’s protagonists, who are each sentenced to a life spent knowing that their actions contributed to this “accident”). As its characters move in space and time from Eighties-era Beijing to contemporary North America in search of answers they already have, the novel delves deeply and beautifully into big heavy, heady themes like nature and family and culture and self-deception. So no, in case you were wondering: This is not your standard fluffy beach reading — but then again, there’s nothing standard about Oakland-based MacArthur Genius Li, known less for her page-turning pacing than her beautifully wrought turns of phrase and heartrending emotional exposition. And despite its overt heaviness and unapologetic braininess, Solitude is, at its core, a murder mystery — the kind you won’t forget long after you close the book. Call it an un-guilty pleasure.

Love and Treasure By Ayelet Waldman

As its title suggests, Love and Treasure is a novel obsessed with both romantic love and material wealth, and the crazy things we do for both. At its emotional and symbolic center is a metaphor for both, an invaluable pendant that, as the narrative begins, in WWII-wracked Eastern Europe, is found by an American soldier among hundreds of valuables and heirlooms looted from Hungarian Jews, and eventually passed down to the lieutenant’s granddaughter, who has only the necklace to help her piece together what really happened during the war. It’s a decade-spanning, multiple-narrative-containing nesting doll of a novel, ambitious in scope and scale, grounded in the one mystery we’re all trying to solve: that of the past, of ancient tragedies with contemporary ramifications, of how injustice happens on a world scale and how we live with its consequences. In the capable hands of the East Bay’s own Waldman, the answers may not be any easier, but the hunt has meaning of its own.

Off Course By Michelle Huneven

When Off Course opens, it’s 1981, and Cressida Hartley — economics Ph.D candidate and aimless soul — has decided to move to her parents’ cabin in the Sierras to write her dissertation. This, it should be noted right here, is the kind of scene-setting deus ex machina novelists love — forced isolation in a physically spectacular place, surrounded by earthy locals and odd characters — but what Michelle Huneven does with it is remarkable. As Cress drifts around town, entering into one ill-fated affair after another (ultimately with a married man whose affections take her hostage for a matter of years), and as the book’s rural setting begins to feel less like freedom and more like claustrophobia, and as Huneven’s unassuming, ingeniously engineered prose begins a parallel, almost imperceptible transformation from welcome sparseness to throat-clutching thinness, Off Course gets darker and deeper and weirder and better than you could imagine. It’s essentially a character study that reads like a thriller, which is to say it’s a very, very good book.

Blood Will Out By Walter Kirn

With its lurid title, curiosity-grabbing subtitle — “The True Story of a Murder, a Mystery, and a Masquerade” — and jacket art that’s literally dripping blood, Walter Kirn’s new memoir looks, based on its cover at least, like the kind of trashy true-crime paperback you buy at the airport and burn through in six hours. In reality, it’s (almost) anything but: a thoughtfully considered, deeply introspective meditation on morality and appearances and the nature of truth in an aspirational society. In 1998, Kirn was a restless writer and expectant father, living in Montana and waiting for something (or someone) to change his life. Enter Clark Rockefeller, a rich eccentric and scion of the famous American family, who hires Kirn to drive his car cross-country and later strikes up a friendship with the author, letting him into a ultra-upper-crust milieu that Kirn is equally repulsed and riveted by. Except Rockefeller’s not a Rockefeller at all, but rather a con man (and, later, murderer, as the cover promises) named Christian Gerhartsreiter, and nearly everything he’d told Kirn is a lie, every expensive dinner paid for with stolen funds. Blood Will Out is Kirn’s own reckoning, more than a decade later with the relationship, the lies, and his own complicity (conscious and not) in Gerhartsreiter’s deception. The lesson here, on multiple levels: Don’t judge a book by its cover.