In an effort to reduce costs, UC Berkeley has stopped providing a healthcare plan for the children of students. 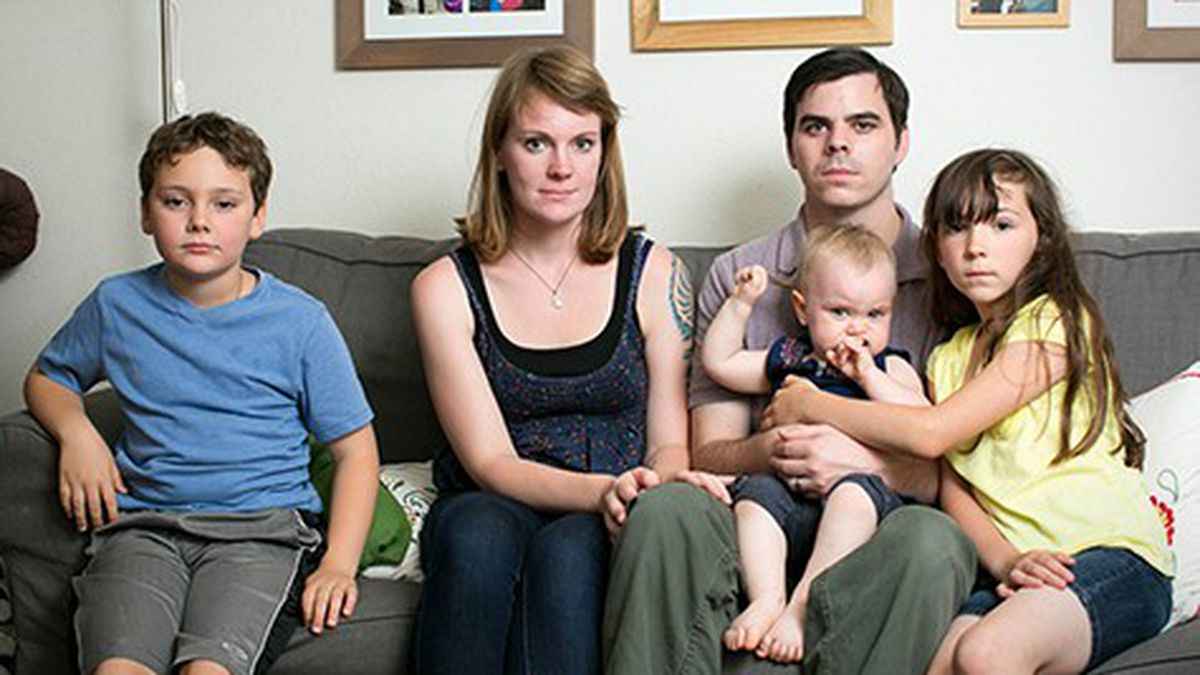 Finnegan’s blood glucose monitor arrived last month, and it should make a big difference in his life. The eight-year-old has diabetes, and now, instead of having his finger pricked eight times a day, his parents will be able to track his blood sugar levels painlessly.

Finnegan’s mother, Kayleigh Cassella, and stepfather, Arran Phipps, are both Ph.D candidates in UC Berkeley’s physics department, and like thousands of others, they’re enrolled in the school’s Student Health Insurance Plan (SHIP). Their kids are on it, too; the comprehensive policy helps offset the costs of Finnegan’s new monitor. “I can’t imagine not having [the monitor],” Phipps said. “Just the supplies for that would be $150 a month, and with the insurance I only have to pay $50 a month. I literally would not be able to afford this without the SHIP dependent insurance.”

But Finnegan won’t be on the plan by the end of the summer. In April, Phipps received an email from the school’s University Health Services (UHS), explaining that Cal will no longer be offering coverage for the children of students. Phipps and his wife will have to find other insurance for their kids, and so will more than one hundred other parents.

SHIP is provided through Aetna, and there are currently about 22,000 Berkeley undergraduate and graduate students enrolled in it. SHIP, which began offering dependent coverage in 2011, covered 200-plus children whose parents (mostly grad students) paid an additional cost for that privilege last year.

But with $6 million in increased healthcare costs looming for the 2015–16 school year, UC Berkeley decided to eliminate dependent care coverage in order to keep fees for students as low as possible. UHS spokesperson Kim Jarboe LaPean blamed the higher insurance costs on the Affordable Care Act. The Obamacare-compliant plans offered through Aetna, she said, mandate more coverage than the plans previously offered through SHIP. LaPean also said that while the university will pay administrative costs related to the new insurance coverage, it has no plans to pay the extra $6 million in premiums. Instead, the university decided to drop coverage for children. “We’re in a situation where we really have to look at the greater good,” LaPean said. “Every person matters to us, but [we were] really looking at the fact of 22,000 families burdening $6 million more to support a dependent plan for a population that has other options.”

However, those other options — Obamacare plans on the open market and Medi-Cal for those who qualify — have serious drawbacks for many families. “I think there’s a failure to think about, well, maybe there are students who can’t do that,” said John Ready, outgoing president of the Graduate Assembly (GA). “If you know you’re going to be using a lot of insurance because one of your dependents has some chronic condition, you have to take those into account. You’re going to max those out probably. I could easily see how you get to the point where you say, ‘Wow. It’s going to be more expensive for me to leave SHIP.'”

The university told students with dependents about the new policy in April, and informed the rest of the campus the following month. On May 18 — three days after the spring semester officially ended — Fiona Doyle, dean of the Graduate Division, wrote in an email that “these changes have been approved by your student leaders in the Graduate Assembly and the undergraduate student leadership of the [Associated Students of University of California].”

But that wasn’t true, according to Ready. While attendees at a graduate assembly meeting last year informally approved the university’s plan, Ready said his organization never officially okayed it. “The next time the GA heard of it, it was, ‘Hey, here’s what we’ve decided to do.'”

From Ready’s perspective, the university’s decision has created too many problems for students with kids. For example, incoming international students with dependents will be forced to tackle a complicated foreign insurance market. “You’re telling all these folks to go out and the system will take care of you, when that’s the hard part,” Ready said. “The university had this safety net to kind of help out in the situation, to kind of level the playing field, and [they] just dropped that out from everyone.”

Ready said he’s worried that parents considering attending Cal in the future may now feel less welcome. “Faculty members were asking me: ‘Am I going to be able to recruit students with families?'” he said.

Arran Phipps is one of those parents who is facing a difficult situation. Some Obamacare plans don’t work for his family because Finnegan’s diabetes supplies run up a big tab. After doing some research, Phipps discovered that his children didn’t qualify for a subsidized insurance plan. They’d have to rely on Medi-Cal or private insurance, which could mean paying thousands of dollars more a year in premiums or switching Finnegan’s doctors. Phipps is hoping that Cal’s physics department will offer some assistance to offset the higher costs.

For now, though, the university does not intend to reverse its decision about dropping dependents, so Ready is encouraging affected students to take advantage of the resources provided for them by UHS. The department has hosted multiple information sessions, including a few at University Village, the school’s family housing complex. There’s also a hotline available for those who need help navigating the insurance market, plus a transition fund if parents need some financial assistance while they switch plans. It’s a one-time offer that Phipps calls a Band-Aid. “They play up the numbers, but student parents make up 10 percent of the graduate student population,” he said. “And graduate students are the ones who really do the bulk of the work in terms of the instruction or research.”

Graduate students with children are not without hope, however. The students are represented by a union — UAW 2865 — which recently filed an official grievance over the issue. The union contends the university has violated its labor contract because it did not notify the union of the healthcare plan change ahead of time. Union members and healthcare activists held a rally in front of the Tang Center on June 19, where students such as Phipps had the chance to speak publicly.

Phipps said wishes he could focus on his on his research and on writing his dissertation. Instead, he’s spent weeks trying to find new insurance for his kids. If SHIP still offered dependent coverage, the process would have only taken a few minutes.

There may not be many other students in Phipps’ position, but he doesn’t think that’s a good enough reason for UC Berkeley’s decision. “They’re basically saying that if you’re a minority group, you don’t matter,” he said.