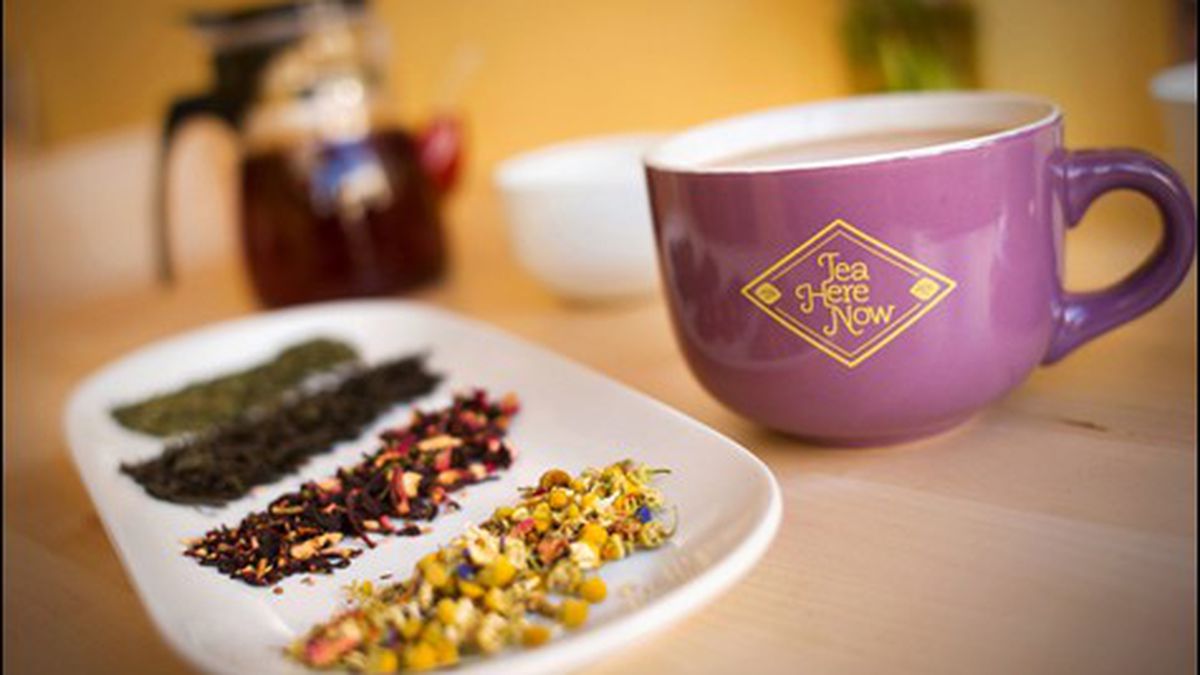 Two Local Teashops That Could Make You Care About Tea

The past few years have seen a marked enthusiasm for coffee as a serious affair, complete with hyper-detailed attention to sourcing, high-tech gadgetry, and the occasional whiff of self-importance. There are parts of Oakland where you can’t walk more than a couple of blocks without stumbling on yet another coffee shop. All of which is to say: In the local hierarchy of caffeinated beverages, coffee is king. Tea is a distant second.

Of course, in much of the world that isn’t the case — not in tea-crazy England, where Andrea Tyler, proprietor of Oakland’s Tea Here Now, first experienced the pleasures of a perfectly brewed cup. And certainly not in China or Taiwan, where David Lau of Berkeley’s Asha Tea House fell in love with the ritualized union of hot water and dried leaves.

Both Tyler and Lau have opened shops that are sparking a renewed interest in tea as a beverage worthy of the same emphasis on sustainability and flavor profile as high-end coffee.

Tea Here Now is Tyler’s labor of love. The shop’s address, 1721 1/2 Webster Street, points to its diminutive nature: Even four customers is a crowd, and on Friday afternoons, when cupcake fanciers line up to snag a sweet treat from the Angel Cakes pop-up, the cafe feels jam-packed.

But the place has the kind of charm unique to small places — an effect enhanced by the decor (hanging terraria, fresh flowers on every table) and by Tyler herself, who greets many customers by name.

Unlike at most high-end tea shops, the shelves here aren’t stocked with hundreds of teas — more like twenty, but they’re all well sourced and well priced. “I know the story behind the cups of tea that I’m serving,” Tyler said, and she means it: She’ll tell you about the 111-year-old Kenyan tea farmer who supplies one of her classic black teas, or enumerate the differences between the three Earl Greys she carries. Of those, my favorite was the Dancing Lady Wedding Tea, a traditional Jewish wedding tea that was smooth, subtly sweet — “feminine,” as Tyler put it — and faintly reminiscent of bubble gum.

Space constraints mean that little cooking is possible. Mostly, Tyler serves big, wholesome salads that vary from day to day. The one I tried — a tasty mix of baby kale, quinoa, and toasted pumpkin seeds, with a ginger-sesame vinaigrette — made me want to become a more virtuous lunch eater. Everything on the menu is vegetarian.

Eleven dollars and fifty cents bought me a lunch combo that included the aforementioned salad, a (huge) cup of tea, and a baked treat, whose production Tyler outsources to small local vendors. Most afternoons she also serves a barely sweet black forbidden rice pudding, redolent of cardamom and coconut milk.

On the other end of the tea spectrum is bubble tea — typically a sweet milk tea to which chewy black tapioca pearls (or “boba”) are added. It’s an insanely popular cultural phenomenon among young Asian Americans, but one with a somewhat lowbrow reputation: The “teas” are often made from a powder mix, the milk is subbed out for non-dairy creamer, and the pearls themselves aren’t any kind of health food.

Asha Tea House, however, is the most ambitious purveyor of bubble tea that I’ve encountered in the United States. Lau, for his part, said his goal is to make Asian tea culture — high-, low-, or middlebrow — accessible to a wider audience.

Pick any drink at random: The standard pearl milk tea starts with a full-bodied Assam black tea blend that’s brewed with loose tea leaves, not powder or a teabag. The hot tea is poured over ice, along with real (hormone-free) milk, and gets shaken in a cocktail shaker. The pearls themselves, cooked fresh twice daily, are the closest I’ve found to the ones sold by the best boba hawkers in Taiwan: sweeter and a little bit softer than the gummy, flavorless balls you’ll find at other shops.

Or try the pumpkin spice latte, which, despite sounding like a sugary Starbucks abomination, is basically a Masala chai, brewed strong, with a whisper of fresh pumpkin flavor.

Indeed, all of the fruit teas are made with seasonal fruit purées. The refreshing iced Fuji apple black tea has one-third of an apple in it, the pulpy bits adding texture as well as flavor.

Speaking of which: The shop’s real crowning glory is its selection of fine loose-leaf teas that are sourced from small farms, mainly in Taiwan and China — yet you’d never know it based on what most of the customers order. I didn’t even find the loose-tea menu until my second or third visit.

Order a pot and it’s served with a traditional gaiwan — a lidded bowl you use to steep the tea. This comes on top of a slatted bamboo box so that when you pour the tea into your cup — carefully, with two hands — the spillage just drains away. Whichever tea you choose — an Ali Shan high mountain oolong (golden-hued and refreshing), say, or a Big Red Robe (woodsy and eminently smooth) — it’s a deeply relaxing way to while away an hour.

You can find traditional service like this at high-end tea shops, but none of those places will sell you boba. That’s just how Asha rolls: You’re lured in by sweet tapioca balls, and before you know it you’re making plans to fly out to Ali Shan to sip high mountain oolong at the source.