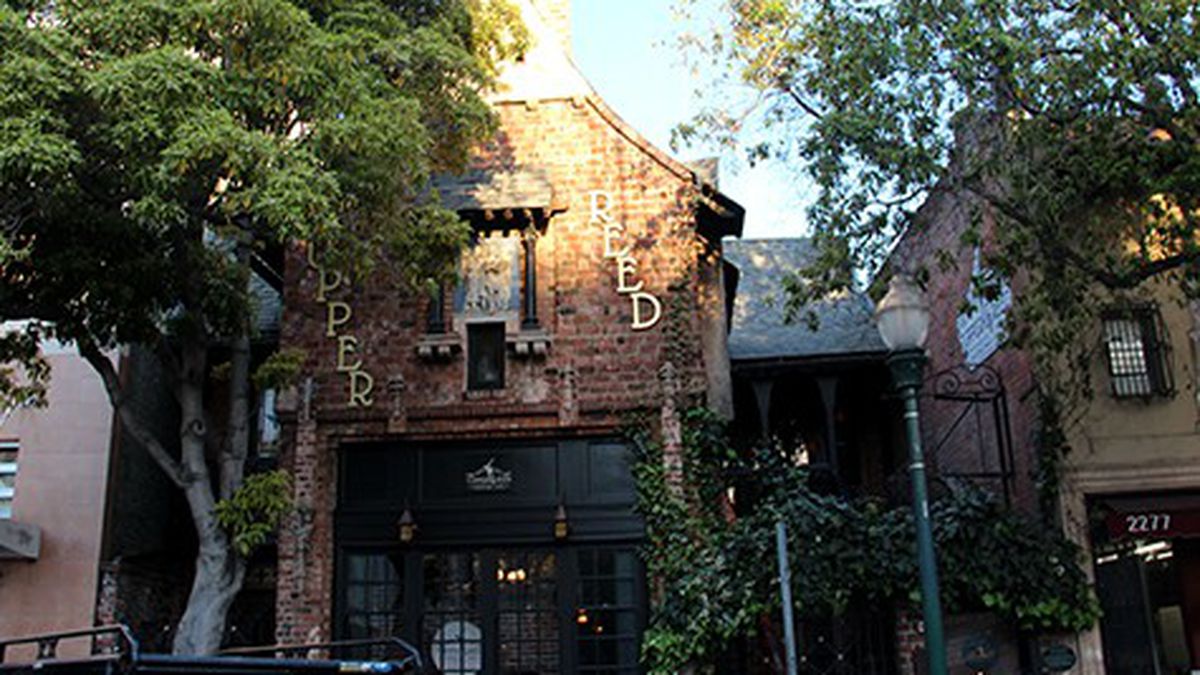 The former landmark music store in downtown Berkeley is now an upscale bar — thanks to the owners of San Francisco's Bourbon & Branch.

“We’re trying to recreate a bar from the jazz era, from the 1920s and ’30s,” explained co-founder Brian Sheehy, who also co-founded Bourbon & Branch bar in San Francisco. Tupper & Reed (2271 Shattuck Ave.) features jazz and swing music from 1925 to 1950 — and prohibits cellphone use. “It’s all about the beverage experience,” Sheehy explained.

Like other venues run by Sheehy’s Future Bars Inc. of San Francisco, Tupper & Reed concocts drinks using only fresh ingredients, made with bitters, syrups, tinctures, sodas, garnishes, and juices prepared in its own commissary located inside the bar.

Tupper & Reed had a soft opening in late February and has plans for a grand opening on March 25, with a performance by the Irish Pipers Band of San Francisco. It’s the first venue outside San Francisco for Future Bars Inc., a company that also owns Local Edition and Tradition, along with other watering holes with historic décor, signature cocktails, and spirits (but no food).

“It’s a big deal for us to be moving outside of San Francisco,” Sheehy said. “We’re outside of our comfort zone.”

Several building owners in Old Oakland and Oakland’s Uptown district approached the company about opening an establishment in their neighborhoods, Sheehy said, but they decided there were too many other bars and restaurants opening in those areas. Billed as the only dedicated cocktail bar in Berkeley, Tupper & Reed is targeting professionals looking for an after-work drink, Sheehy added.

He said he and his business partner Doug Dalton were hesitant about coming to Berkeley at first, because the city’s downtown area is in transition. However, he credited Polly Armstrong, chief executive officer of the Berkeley Chamber of Commerce, with convincing them to give the city a shot.

Armstrong said Future Bars is bringing something she thought Berkeley needed. “It feels to me like it’s going to fill a niche that we don’t have, which is a more high end, and a little more exclusive, bar,” she said.

Drinks at Tupper & Reed can be pricey, but Sheehy said they also have cocktails ranging from $6 to $11. “So if budget is a concern for some of our guests, we’ll have something to meet their wallet,” he said. There are two menus: a speed menu with a condensed list of drinks, and a full menu that includes all of the bar’s offerings.

Sheehy said he’s confident that the market will support their business model. “We’re very happy with the rent here, and we’re locked in for twenty years, so that’s a vote of confidence for the town of Berkeley,” he said.

Dalton added that Tupper & Reed was one of those opportunities they just couldn’t pass up. “We saw the building and we just knew,” he said. “It had been kind of neglected. … We just felt like we wanted to really appreciate the building.”

“I walked in and I just gasped,” said Justin D’Olier, bar manager. “It’s like you walk in through the secret garden and into a Gothic cathedral. The building is the star of the show. There’s so much history.”

The new bar features musical instruments and phonographs for decoration — including two phonographs that came from the original Tupper & Reed music store in the Twenties and Thirties.

There’s a bar on both of the building’s two floors. The downstairs Stage Bar is open to anyone 21 years old or older. The upstairs Balcony Bar is reservation-only. Also upstairs is a space for private parties of eight to ten people. It’s named the Polly Armstrong room, in honor of the chamber’s CEO and her role in bringing Future Bars to Berkeley. In this room, guests can pick from more than 1,000 records from the early 1900s to the 1930s, and play them on phonographs while they sip cocktails.

Despite the Jazz Age ambience, Sheehy said Tupper & Reed “is not a speakeasy. “Bourbon & Branch is a speakeasy, where you have to have a password to get in. So there’s no password to get in here.” However, he said the bar does observe certain house rules, “like no cellphone use permitted.”

Stranger by the Lake