1. Despite a decade-long reform effort, Oakland police are disproportionately stopping black motorists in the city, the Trib and Chron report, citing a new OPD analysis. Blacks accounted for 62 percent of all OPD stops from April to November of last year, even though they represent 28 percent of the city’s population. OPD officers also were far more likely to search African Americans during traffic stops, doing so 47 percent of the time compared to 17 percent for whites and Asians. Searches of black motorists, however, were no more likely to recover illegal items than searches of other ethnic groups. In addition, black motorists also were often stopped — 39 percent — even though they had not violated any traffic laws. 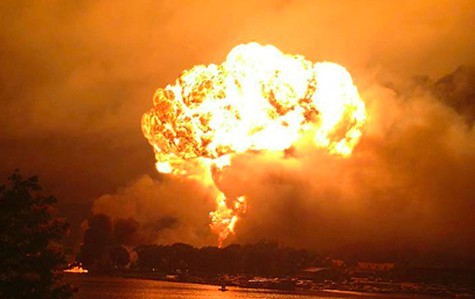 2. An oil refinery on the Central California Coast plans to ship highly explosive fracked oil through the East Bay, including through Berkeley, Emeryville, and Oakland, via rail, the CoCo Times$ reports. The oil, fracked from Bakken shale in North Dakota, is highly flammable and explosive, and transporting it by train has raised serious concerns nationwide. Last year, a train carrying fracked Bakken crude exploded in Quebec, killing 47 people and destroying a town. The Berkeley City Council plans to take up a resolution opposing the shipping of fracked oil through the city.

3. More California students than ever before are going into debt to get a college education, the Chron reports, citing a new survey. The number of college students seeking loans has soared by 75 percent in the past decade, and the percentage of students who borrowed money for college in 2011-12 was 74 percent — compared to 51 percent in 2003-04.

4. A large majority of people who take out payday loans with high interest rates get trapped in a cycle of debt, the LA Times$ reports, citing a new analysis from the Consumer Financial Protection Bureau. Four out of five borrowers end up taking out another payday loan within two weeks, and 22 percent of borrowers renew their payday loans at least six times.

5. The number of Bay Area seniors living in poverty is continuing to grow, as California leads the nation with impoverished older residents, the Chron reports. Twenty percent of seniors in the state live below the poverty line.

6. Navy officials said they plan to conduct radiation tests in and near homes on Treasure Island after they said there was “a recent radiological finding beneath an (empty) housing unit,” the Chron reports.

7. Caltrans plans to spend $12.7 million to speed up the demolition of the old Bay Bridge — a project that is currently behind schedule, the Bay Area News Group$ reports.

8. And the Obama administration is putting together legislation that would end the NSA’s practice of collecting bulk phone data on Americans, The New York Times$ reports.