1. Governor Jerry Brown’s decision last year to require public employees to pay a higher portion of their retirement benefits has jeopardized billions of dollars in federal funding for a wide array of transportation projects in California, the SacBee$ reports. The US Labor Department contends that the governor’s pension overhaul violated federal laws that require union benefits for transit employees to be negotiated at the bargaining table — and not unilaterally imposed. As a result, the feds are threatening to withhold $1.6 billion in funds for California this year alone. 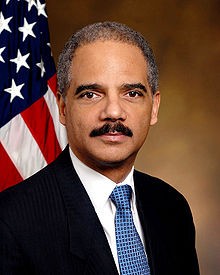 2. In a major reform of US drug policy, Attorney General Eric Holder announced yesterday that federal prosecutors will stop seeking long prison sentences for nonviolent drug offenders, following in the footsteps of states like California, the Trib reports. Instead, federal prosecutors will promote drug treatment programs and community service for people who commit low-level drug crimes.

3. A federal judge ruled that New York City’s controversial stop-and-frisk policy is unconstitutional because it disproportionately targets blacks and Latinos, The New York Times$ reports. Mayor Michael Bloomberg announced that he would immediately seek an appeal of the decision.

5. And Tesla Motors founder Elon Musk unveiled a futuristic transportation plan that he called the “hyperloop” that would whisk passengers from San Francisco to Los Angeles in thirty minutes and would be much cheaper to build than high-speed rail, the LA Times$ reports.

The End of Long-Term Drug Rehab

Will Caltrans Build a Fourth Bore Through the Caldecott Tunnel?