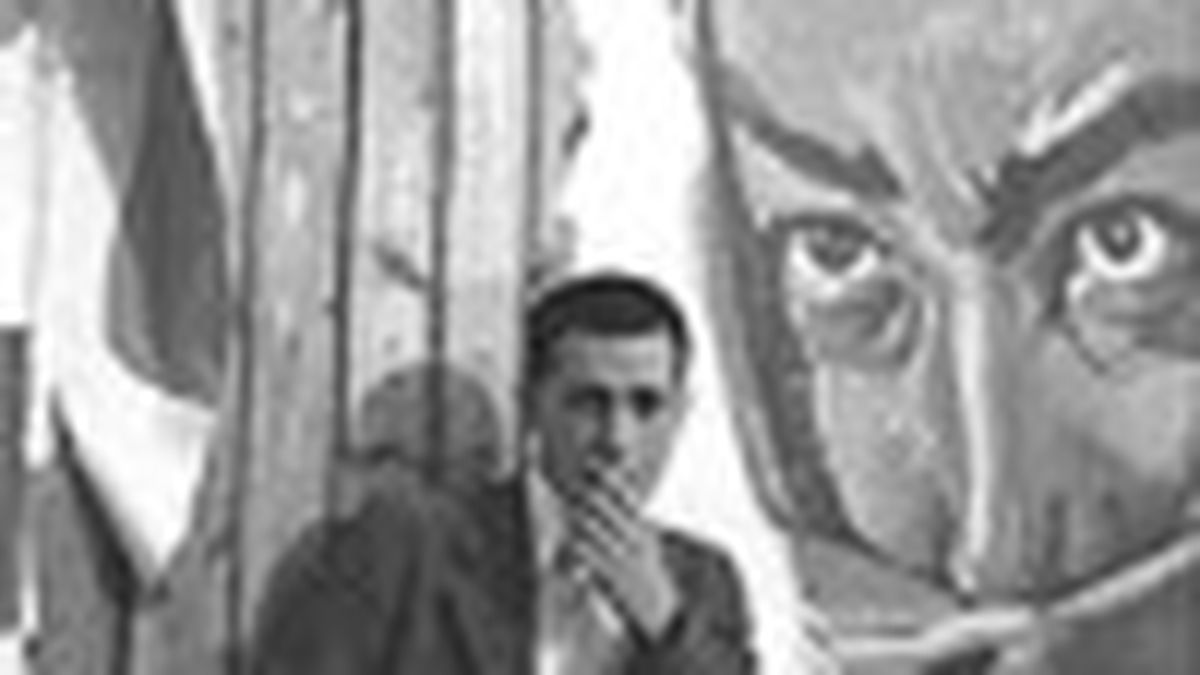 Traveling, So You Don’t Have To

Japan Journals oozes intensity and encyclopedic knowledge on everything from Zen to Sanyo.

No matter how many summer vacations you plan or how well you plan them, a moment comes when you realize that you will never sword-fight with Lord of the Rings fans in Kazakhstan, or reach that tiny island off the north coast of Australia where the school shuts down for Scabies Day and the last handful of speakers of an obsolescent Aboriginal language say Ngimatimingilimpangipulampi when they mean That’s what I dream about. They’re too far away, there’s so much else to do, and places change into entirely different places so fast nowadays. Luckily for you, Gayle Forman fenced with the faux-Middle Earthers and Mark Abley learned some long Tiwi verbs, and both are the authors of new books.

Travelers’ tales have cast narcotic spells ever since Herodotus enthralled ancient Greece with his descriptions of Phoenicia or the first sailor spun the first yarn about a massive squid — dispensing that vicarious buzz of actually having been somewhere. If the main reason we read at all is to escape ourselves and our sock-strewn carpets and the same old swatch of sky over the same old Wal-Mart, then true accounts of real escapes transform our transit into a near-total immersion. Reading about good writers’ trips is the next best thing to being there, or sometimes actually better, because you can emerge from those pages clean and dry and not riddled with intestinal parasites.

In this X-treme age, in which your bingo-playing grandparents just got back from Ulan Bator and your mail carrier kicked butt on the latest Survivor, it isn’t enough for travel writers just to travel anymore. Now they have to go somewhere outrageous or lethal, or if they go somewhere ordinary they must arrive with an insane agenda. In this self-indulgent– some would say narcissistic — age, travel narratives are as much about the teller as the tale. When ex-Seventeen reporter Forman recounts circling the globe with her ex-punk librarian husband Nick, she radiates all the look-at-me clamor of a self-described “weird girl” and “self-righteous brat.” In these Dr. Phil days, travel writers are constrained to spill, disgorging shameful confessions alongside descriptions of hammocks and yak milk. In this explicit era, travel writers have to tell us when they get some.

Or not. Forman comes right out and broadcasts the news that — between nightclubbing with members of a not-exactly-queer third gender in Tonga and talking gangsta rap with Tanzanian rappers — by the time she and Nick reached Central Asia, “we’d stopped having sex.” Ohhh-kay. They reconnected in South Africa, though, and “it felt like a second honeymoon.” Later still in this quirky, chatty narrative, they hit Amsterdam, where a savvy prostitute warned Forman that marriage “is like a poison.”

Overlaying one’s own sojourn over an historic or celebrated one is a classic starter. Sometime painter James Morgan (who honed his chops as a teen, painting Elvis Presley over and over and over) left Little Rock to follow in his idol’s footsteps through France, Corsica, and Morocco; the warm if often wistful result is Chasing Matisse. British newspaperman Andrew Eames retraced Agatha Christie’s journeys via the Orient Express. In The 8:55 to Baghdad, his sections on Christie — though it is fun to picture her screaming hysterically when awakened by rampant cockroaches at 2 a.m. in Iraq — take a dusty, faded backseat to Eames’ own droll, keenly observed real-time saga, in which a canned drink called Pipi Bubble offers succor in Bulgaria; the odor of Venice’s canals “was so strong you could have taken it away and colored it in”; and Trieste’s port is a huge abandoned wasteland (“You could parachute a Disneyland in here, and still have room for a university”). Eames dubs Turkish high-schoolers clad in plaid uniforms “teenage clan McTurks.” The real mystery afoot is whether your laughter will withstand his relentless mockery of Americans — for example, the two Arizonan backpackers who visit Sarajevo “because friends had told them it was a cool place … to buy cool T-shirts with real bullet holes.”

Eames traveled to Baghdad so that you wouldn’t have to — not anytime soon, at least. Performing a similar service, The New York Times‘ Howard W. French visited Kikwit, Zaire, during the Ebola outbreak, and Monrovia, Liberia, as “looting binges and torrential, blinding rains” ravage a city where rival armies fire RPGs. Warned by his Monrovian host that “we were free to wander outside the embassy compound, but … if we did so, we would be entirely on our own and should not count on being rescued,” French wandered anyway, encountering the corpses of those “who had been caught in the crossfire, or executed during stickups.” French’s fiercely sad A Continent for the Taking is armchair travel for those who need reminding how lucky they are to have armchairs.

Granted, only the brave and the few will brave bullets and pestilence. But to get away with visiting ordinary places, authors either need a good gimmick or to already be famous for something else. The latter explains Peter Carey’s Wrong About Japan, in which the Booker Prize-winning novelist squires his twelve-year-old manga– and anime-obsessed son to Tokyo. He’s a neophyte compared to old Nihon hand Donald Richie — whose Japan Journals 1947-2004 oozes intensity and encyclopedic knowledge on everything from Zen to Sanyo, even revealing casually at one point that the Japanese term for clitoris is a compound of the words for squirrel and chestnut. Musing about whether “we might enter the mansion of Japanese culture through its garish, brightly lit back door,” Carey is clearly coasting, like an A-student who has rushed his homework a bit. His eloquence is evident but offhand; backstory on Tokyo’s perennial flirtation with the future comes not from him but others.

Speaking of fame, maybe just about anybody could have written a book about plying the Strait of Magellan in Lycra suit, cap, and goggles, then the cold Bering Strait and the iceberg-studded seas even farther south, but Lynne Cox’ status as a world-champion swimmer makes Swimming to Antarctica all the more bracing.

Gimmicks beckon many a beginner. John Pollack was a Capitol Hill speechwriter who suddenly realized, a few years ago, that “I had to get out before the rising bile of my cynicism poisoned the last of my idealism.” Switching careers, Pollack built a boat out of 164,321 wine corks. “This caper,” as the self-effacing sailor calls it, resulted in a voyage down Portugal’s Douro River and Cork Boat, a book about crazy dreams coming true.

Fresh out of college, Houston-bred Sam Apple found the mother of all gimmicks in middle-aged Hans Breuer, who is Austria’s last wandering shepherd and a traveling Yiddish folksinger. In a nation whose residents “know little, if anything, about The Sound of Music,” Apple spent several seasons following ex-radical activist Breuer, his wife and his girlfriend, and his flock (“a 625-headed lawnmower … the world is their salad bar”). Schlepping Through the Alps finds its twentysomething author waxing philosophic: Why, he wonders, are sheep “so willing to follow around a man in a big hat who cuts off their testicles and periodically slaughters them?”

John Gimlette is also hilarious, and a first-time author too; the London lawyer’s witticisms in At the Tomb of the Inflatable Pig are limpid jewels sewn into a thick, richly textured fabric. This Paraguayan saga is old-school travel narrative, not so very personal but panoramic in scope. Vast currents of history, scenery, and society swoosh fully formed from each page. A folk doctor recommends alligator fat as mosquito repellent. A native chief’s statue resembles “a great brass socialist, bare-chested and bulky with muscles and balls and a chin like a plough.” At a bullfight, a miniskirted little girl “danced in time to ‘Sex Bomb.’ Her mimicry of an adult world was compellingly hideous. The stadium seethed and wobbled with appreciation: Sexy! Sensacional!” It’s the brooding lyricism of a traveler who has wisely taken enough time to see everything and then enough time to say everything.

History, mystery, celebrity, and gimmickry: They all lined up for Melody Maker reporter Christopher Dawes in the mid-’90s when he discovered that his spliff-sporting oddball neighbor was Rat Scabies, ex-drummer for the iconic London punk band the Damned — and that Ratty, as Dawes came to call him when the pair became fast friends, was fixated on the 19th-century legend that entails a French priest, hidden treasure, murder, Jesus, the devil, kings, and a pet monkey, and that later inspired The Da Vinci Code. Dawes’ account of their fevered rambles, Rat Scabies and the Holy Grail, is madcap proof that the worst things that can possibly happen on the road sometimes turn out for the best: As Dawes puts it, not finding the Holy Grail can teach us what really matters most.

Mark Abley, too, went on a treasure hunt — for disappearing languages, hundreds of which teeter on the brink of extinction at any given moment. In Spoken Here, among the sparse speakers of Provençal, Welsh, Manx, Yuchi (spoken in Oklahoma by “an unrecognized tribe within a nation within a state within the most powerful country in the world”), and other fading tongues, Abley parses the connection between words and culture, and rages against the coming silence.

And in a way all travel books are elegies for places lost or almost lost, moments caught in time on some railway platform or isthmus almost but frustratingly not yet quite in sight of a new world to come.

Best Happy Hour for the Hungry