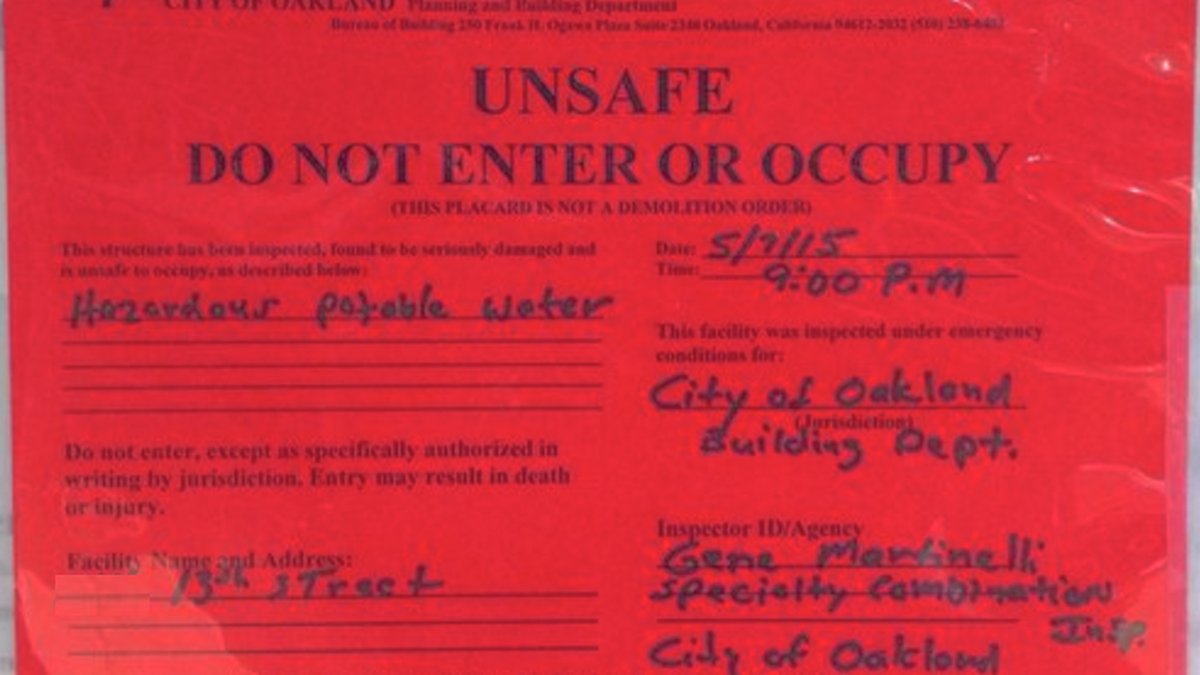 By EastBayExpress Archives
Jan 9, 2017
More Money for Renters Displaced Because of Code Enforcement: Currently, Oakland renters who are displaced because city building inspectors deem their homes hazardously noncompliant with building codes are eligible for relocation assistance. This takes the form of money paid by their landlord. But it’s not a lot.

[jump] That’s because under existing law, the maximum a permanently displaced tenant can receive is what the U.S. Department of Housing and Urban Development says is two-months rent on a comparable unit, plus $200 for moving expenses.

For example, if someone rents a two-bedroom apartment and they’re permanently put out because of code violations that are their landlord’s fault, the maximum financial help they get is $4,546.

That’s two months of rent at $2,173 — the amount HUD says a two-bedroom currently rents for in Oakland — plus $200 to schlep your stuff.

Councilmember Rebecca Kaplan wants to increase these relocation assistance amounts by almost double. She’s proposing a new schedule of payments that would give someone displaced from a two-bedroom apartment $8,000.

Development Without Displacement in Downtown Oakland?: When Oakland officials unveiled the Downtown Specific Plan last year, they received a barrage of comments. Most of the 1,000-plus emails and letters went like this: the shiny buildings and new streets, parks, fountains, and transit amenities sketched out in the plan look nice, but who’s this all really for?

Oaklanders are worried about displacement and gentrification and they feel that a lot of what the city’s planners are doing will result in downtown becoming more like San Francisco: Everyone except affluent newcomers will get pushed out.

In response to these concerns, the city is proposing to spend $200,000 on consultants who will try to come up with a “social equity strategy” for the downtown plan.