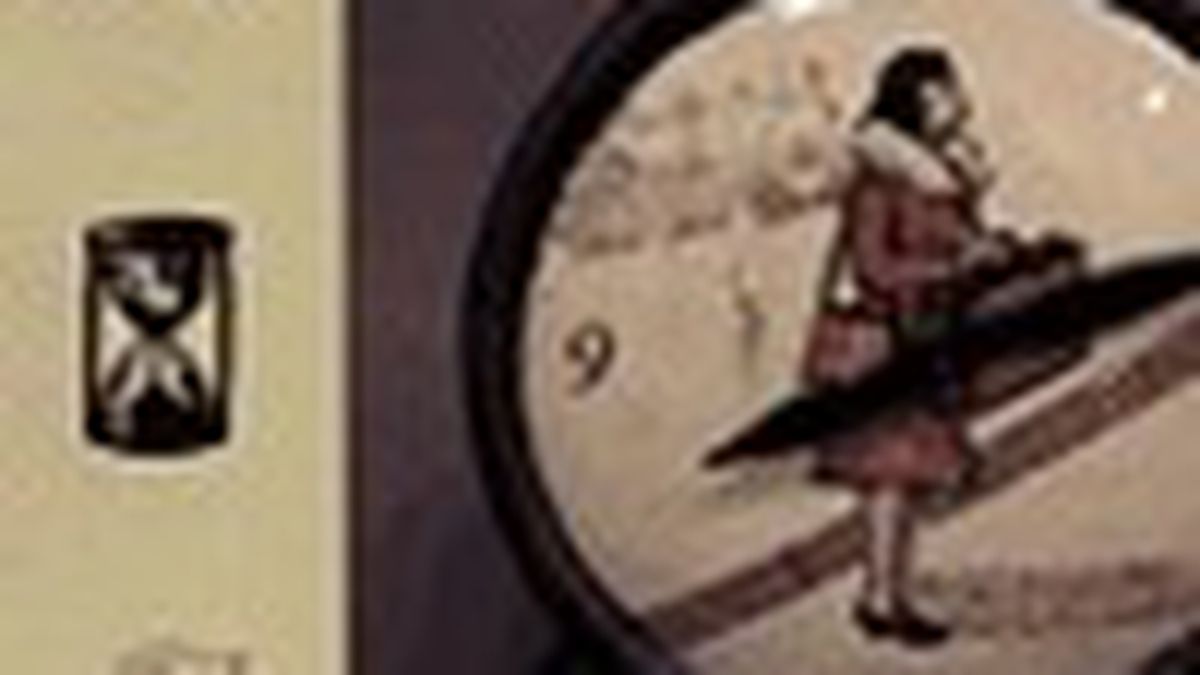 The art of the everyday

‘Tis the season for buying, wrapping, and exchanging stuff. However, after a visit to Shalene Valenzuela’s new show, A Measure of Time, through January 15 at the Cricket Engine Gallery and Studio (499 Embarcadero, Bldg. 3, Oakland), the East Bay ceramicist may very well change the way you look at all those objects left to wrap. Opened in 1996 by a group of unknown artists determined to show their work on their own terms, Cricket Engine operates under the novel idea that artists, not highbrow gallery owners, should bring art to the masses. The spacious locale near Jack London Square serves as a studio and gallery for a rotating crew of in-house artists and as a space for guest shows. As a member of the Cricket collective, Valenzuela has a knack for rendering everyday objects into unconventional art by combining ceramic techniques such as slipcasting (the process of reproducing objects using plaster molds and liquid clay) with painting and photography. Her previous works have included cartoon pictures painted on meat cleavers, light bulbs, and oven mitts. In the current show, Valenzuela uses alarm clocks, pocket watches, and other timepieces to explore the slippery yet ever-present concept of time. Although she originally debated whether to use functioning or nonfunctioning timepieces, Valenzuela eventually decided disabled ones would be the best way to avoid kitsch. Besides, she says, “there’s something alluring about time-stopping.”

While the show’s title is an obvious reference to this loosey-goosey theme, only a quarter of the show is devoted to chronometers. The object-oriented artist is fond of series and puns too. The exhibit contains a total of ten themes, including “Life Through Rose-Colored Glasses” — a collection of eyeglasses that blend image and text to put a new spin on a tired platitude. Aside from metaphoric spectacles, keep an eye out for other fresh renditions of everyday stuff such as music boxes, Woolite bottles, and, of all things, cherries. See “A Measure of Time” daily, by appointment. 510-835-1920. Free. — Joy White

Holiday patriarchy got you down? Had it up to here with guys in red suits, patriarchs, boy-gods in mangers, and the like? ChangeMakers (6535 Telegraph Ave., Oakland), of course, has your wondrous womanliness quite nicely covered. Between 7 and 9:30 p.m. Friday, learn all about the Queen of Sheba Oracle during a workshop with Miri Hunter. Hunter will teach participants how to explore this oracle, based on an ancient South Arabian alphabet and the myths of Sheba who, besides being King Solomon’s consort, was also said to be his equal in money and brains. The workshop costs $10-$20 (sliding scale). On Saturday, Hunter will offer oracle readings by appointment. The next day, ChangeMakers fetes Pax, the Roman goddess of peace, during a Sunday Morning Goddess Celebration from 11 a.m. till 12:30 p.m. Although Caesar Augustus was a big fan, and a temple to her was dedicated in the year AD 75, Pax was more of a personification of peace than a goddess. Still, she’s as good a spirit as any to celebrate during times like ours. Nancy Ogilvie leads the ceremony, which is free of charge (though donations are appreciated). Call 310-717-5722 for Queen of Sheba events and appointments; 510-655-2405 to RSVP for Sunday. — Stefanie Kalem

Wasn’t the Grateful Dead the group that kept losing its drummers in freak accidents? Oh, no, wait, that was Spinal Tap. The Dead is the one that went through an unusual number of keyboard players, but their drummer was (and is) solid. His art is solid, too, in the way that only a seminal ’60s band member’s can be — The Art of Bill Kreutzmann , on display at the Oakland Airport Hilton, 1 Hegenberger Rd. this Tuesday, is a psychedelic cornucopia of abstract, cubist, Asian-influenced, and surrealist styles. On exhibition and sale will be giclée-on-canvas reproductions of the digital art that Kreutzmann has been making ever since Jerry Garcia gave him a Photoshop lesson in a Los Angeles hotel room. The show runs from 1 to 5 p.m. and will feature an appearance by Kreutzmann himself, who will personally meet with purchasers of limited-edition reproductions. For more info, call 510-532-0817. — Stefanie Kalem

Jam Off the Ham

The gifts of Gilman

Rock off that kreplach and jam off that ham at Berkeley’s 924 Gilman starting at 8 p.m. tonight. First up is local outfit the Skyflakes, who are a perfect antidote to holiday treacle — our very own Rachel Swan wrote that they’re “a darker yet bubble-sweet band, whose girlish singer and frothy guitar lines belie the sordid themes of their songs.” Next, straight outta Anaheim (take that, you filthy mouse!), is the (No) Apologies Project, doing the danceable art-punk thing with (no) apologies. They want you to “think Miles Davis meets the Buzzcocks” and “Jelly Roll Morton meets Crass,” when you think of their sound, but we’d bet our favorite white belts that they’d rather you not think at all when they’re playing. Then comes Oklahoma’s photogenic pop duo the Stellas, followed by Minnesota’s cracked-up neu-wave quartet Soviettes, whose debut full-length came out this summer on Adeline. And finally, give space flight a try with Express cover boys the Phenomenauts, recently returned from touring the Old World. The all-ages show costs $5, plus a $2 yearly Gilman St. membership — Stefanie Kalem

Best Place to Take a Chance On Durian