1. An overwhelming majority of Oakland residents — 82 percent — say they support reauthorizing Measure Y, a parcel tax that pays for police, fire prevention, and violence prevention programs, the Trib$ reports, citing a new city-commissioned poll. The $98-a-year tax is set to expire this November. However, support for doubling the tax to $196 annually — to pay for more police officers — drew only 53 percent support. The measure needs 66.7 percent to prevail. 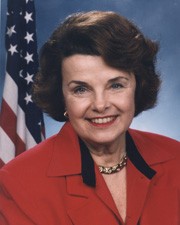 2. US Senator Dianne Feinstein lobbied the Obama administration to divert more water this year to agricultural in the San Joaquin Valley — a move that environmentalists say could decimate fish populations in Northern California, the Chron reports. After Feinstein sided with Republican Congress members, the Obama administration agreed to divert water during this month’s heavy rains to reservoirs for agriculture. As a result, there will be much less freshwater flowing into the Sacramento-San Joaquin River Delta this year. Fish populations, including salmon, are already in serious trouble because of the drought.

3. The state legislature is considering a bill that would allow UC and CSU campuses to provide loans to undocumented students who are prohibited from getting federal financial aid and private loans because of their immigration status, the SacBee$ reports. SB 1210 would set aside $9.2 million for the loan program.

4. The Oakland Unified School district received a failing grade — an F — for it’s inability to adequately educate black and Latino students and children from low-income families, the Mercury News$ reports, citing a new study from the Oakland-based education-advocacy group Education Trust-West. Overall, school districts in Alameda and Contra Costa counties averaged a grade of D-plus in the organization’s report.

5. Oakland Councilmember Libby Schaaf, who is running for mayor this year against Jean Quan, sharply criticized Quan for exaggerating how bad the Oakland police department staffing was when she took office, the Chron reports. Schaaf noted that Quan has said that staffing was at its lowest point at the start of 2011, when, in fact, there were about 660 officers, about fifty more than just a few weeks ago.

6. And in the wake of three major scandals in the state legislature, voter approval of California lawmakers has plummeted dramatically, the Chron reports, citing a new Field Poll.