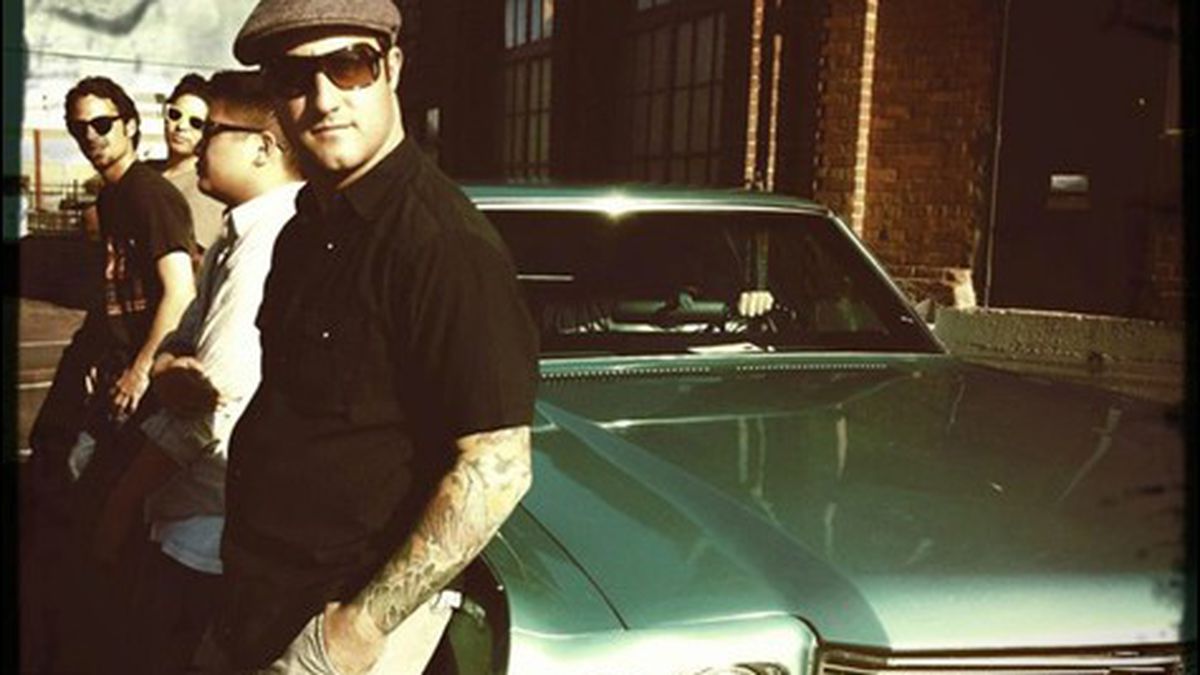 A band from the suburbs finds its muse in Oakland.

Like pretty much every other suburban refugee who eventually makes it out to the big city, the members of Caldecott are newly enamored of Oakland. So much so, in fact, that they get that little-school-girl flush of first love when talking about it. When prompted, frontman Greg Rijavec emailed a list of his favorite city attributes, in no particular order: sense of community, Linden Street Brewery, bars, food, nightlife, diversity (“I know that’s lame and general, but true,” he wrote), bicycles, Lake Merritt, tattoo artist Freddy Corbin, and finally, “It’s where my grandparents came when they arrived from Europe.” Coincidentally, he said, they lived in the same apartment that now houses Caldecott bassist Mike Noda.

But the band’s name foregrounds its homeland. Singer Rijavec, drummer Matthew Rostica, and bassist Noda (who actually switches off with guitarist Jason Eisenberg), all grew up east of the Caldecott Tunnel, attended Campolindo High School, played in school band, sang in choir, smoked weed from each other’s bongs, skateboarded together, and created the kind of bromosphere that begets a successful rock act. As Rostica explained: “Oh, you guys play guitar? Well I play drums. We should take as many bong hits as humanly possible, and all play some music together.” He continued, proudly: “We massacred Arcade Fire worse than they could themselves.”

And in the interim, they became a respectable band. Eisenberg is the only transplant; he met Rijavec at UC Santa Cruz and moved up to Oakland after graduation at the singer’s behest — which meant he had to live out of his car for a few weeks and sponge bathe in the sink at Posh Bagel. Eventually, they all got jobs — mostly in restaurants, though Eisenberg is a sports journalist for the Piedmont Post. They’ve built a pretty rabid fanbase, as one Express gadfly reported after seeing the band at Vitus in November. (“There were about forty of them, maybe. Knew all the words. Didn’t stop dancing.”) And they produced enough material to fill two EPs (only one was released) with well-crafted, sometimes angst-ridden melodic rock.

Lady is a Feline by Caldecott

The band members offered a little live curation while their EP, Nomad, played over the sound system at Linden Street Brewery in West Oakland. (The owner, Adam Lamoreaux, is a good friend.) It starts off with a reverent ode to the East Bay capital, which name-checks Linden Street in the first line, and later mentions other local features (Blue Sky Coffee Shop, BART, Grand Avenue). The hook, which Rijavec sings in a throaty, croaky yowl, is remarkably sincere: You should have seen the look on my heart’s face/When we found this space.

It turns out the romance of Oakland is their favorite muse, though the band members also dwell on the occasional wretchedness of working in the service industry. Two of their other songs are called “Day Off” and “Weekend” — the first is pretty literal, the second uses “weekend” as a metaphor for alienation. (I’m living in a weekend … Get away from the crowd.) There’s also a sweet little upbeat tune about a trip to Thailand, which, in its own way, is also about isolation. The band’s best tune is a slow blues number called “Lady Is a Feline,” which is about learning how to woo a woman.

In short, Caldecott espouses common-man themes — “common,” that is, to young, college-educated adults who came up during an economic downturn, and may have been surprised to find themselves living out of their cars or waiting tables for a living. There’s a current of anxiety running through Nomad, despite the overall sunniness of its tunes. And the band members say that sentiment comes from a heartfelt place.

Asked individually what they’re concerned about, the band members all pretty much said the same thing.

“Waking up in the morning,” said Noda.

“The future,” Rijavec chimed in.

Eisenberg folded his hands and looked contemplative. “What I’m doing at age 24,” he said. “I don’t know how everyone else is, but when I was being raised, I was told to own a house at 25, go to grad school, be one of those guys. And I am far from that.”

That might explain why they’re also looking for a sense of rootedness in their new town. The band’s blues ballad about Oscar Grant details the 2009 BART shooting with which we’re all now familiar. But in some ways, it’s also a song about the members of Caldecott, as they call upon their own ennui to make sense of the event. I got little to hold onto, Rijavec sings in the first verse, before describing the event from an observer’s perspective. Ostensibly, he’s singing about a BART shooting. Really, he’s just trying to process it.