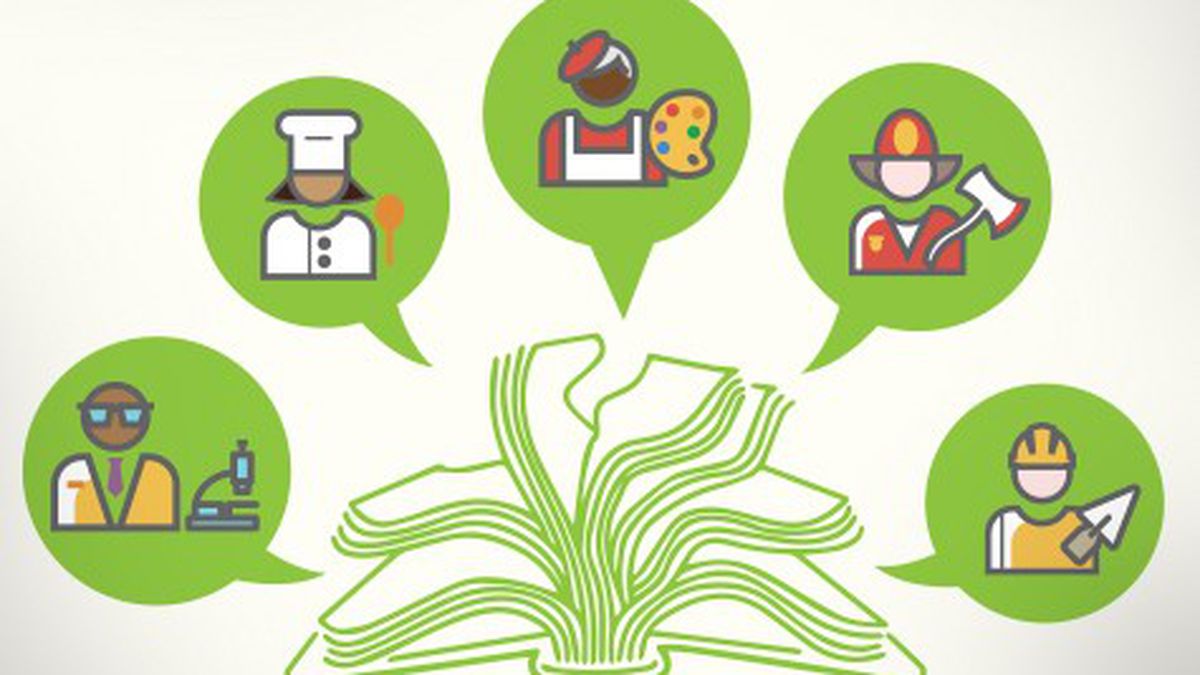 The second-annual event takes place again at City Hall this Sunday, May 22.

Last year, Timothy and Kira Brunner Don set out to create the Oakland Book Festival, a full day of free panels featuring acclaimed authors and scholars. They envisioned it as much more like a living book of ideas than anything neatly bound. The inaugural theme was “Cities,” and the festival took place at Oakland City Hall. Their intention was to bring citizens of all stripes together for a discussion on urban place-making. And Oakland lived up to its legacy of civic engagement: Lines wound throughout City Hall’s lobby and people sparked unlikely conversations.

At one panel, a homeless woman stood up to ask a question of famous British philosopher Simon Critchley: How can a city be built in a way that cares for every class of citizen? Their back-and-forth became a panel itself — an impromptu dialogue that you can’t curate, yet was precisely the organizers’ intent.

“Our vision was that the citizenry of Oakland would come in, step up, and fully engage in civic debate,” said Timothy. “And they really did.”

This year, the Dons are doing it even larger. The free festival will take place again at Oakland City Hall and the 2016 theme is “Labor” — a decision the Dons said was easy. They liked that it echoed Oakland’s rich history of organizing, but also resonated with issues both national and global. “Think about the fact that Uber is moving into the Sears building right down the block here,” Timothy said during an interview at Oakland Book Fest’s office at Telegraph Avenue and 23rd Street. “All these collisions that are happening around the idea of labor are really interesting right now. They’re scary, but they’re interesting, and they’re worth talking about.”

The Dons also wanted a more focused theme that would allow the community to hone in on some critical questions. To that end, they also tightened up the day’s curated “tracks” — those are series of panels based around a sub-theme, which an attendee can follow to experience different angles of one labor topic. This year, those include Confinements, Struggles, Voices, Jobs, Legacies and Freedoms.

Still, there’s a lot of variance within those tracks. The “Confinements” track includes both “Justice for the Young,” featuring author and former Black Panther leader Elaine Brown in conversation with writer Dashka Slater, as well as “Working in Silicon Valley,” a discussion including longtime start-up enthusiast and outspoken Silicon Valley critic Ellen Pao. The track also features author Dan Lyons (Disrupted: My Misadventure in the Start-up Bubble), and Y-Vonne Hutchinson, founder of the Oakland diversity solutions firm ReadySet.

Meanwhile, the “Legacies” track features “The Uncanniness of Altruism,” a panel that will host respected writers Gray Kamiya, Larissa MacFarquhar, and Morgan Meis; and Humanities and religious studies professor Mary Doyno discussing people from throughout history who have devoted their lives to helping strangers, even when its at the cost of their loved ones.

And in the “Voices” track, “Race, Politics, and the Obama Presidency” (presented by Slate) will feature Jelani Cobb, The New Yorker staffer and author of The Substance of Hope: Barack Obama and the Paradox of Progress, in conversation with Slate politics writer Jamelle Bouie.

But those are only a handful of sessions that make up the day, which features more than two hundred cultural leaders and thinkers from across the country, and has panels curated by eight different partners. Others include the Verso Books panel “Black Lives Matter and Policing;” “Undervalued, Invisible: Domestic and Emotional Labor;” “The Labor of Creativity,” and “Sex Work is Work.” You can also count on appearances from many recognizable local names, including Mary Roach, Greil Marcus, Frank Chin, and Arlie Russell Hochschild.

Aside from the panels, the festival also features a full lineup of children’s programming that will take place at Laurel Books across Frank Ogawa Plaza. Book vendors will be set up throughout. And the central amphitheater will feature a seven-hour round-robin reading curated by Nomadic Press. Starting at 11 a.m., more than one hundred writers will do back-to-back, three-minute readings, punctuated by ten-minute musical performances, every hour. This will build into a frenzied marathon of poetry. And as each performer leaves the stage, they will also add one line to an “exquisite corpse” poem, resulting in a massive, collectively authored reflection of the day.

The reading will keep words flowing as people linger between panels. But it will also serve as a beautifully apt metaphor for the festival itself, where each separate conversation is meant to coalesce into one broader, overarching dialogue.

“The sum of its parts is greater than each individual part,” said Timothy, referring to the day’s sessions. “When you put those together, you’ve really opened up a whole world of ideas, and people have stepped up into a something larger — a larger conversation.”