.This Is Your Brain on Science

With Cognitive Technologies, East Bay artists and scientists work together to bring brain technology to the masses. 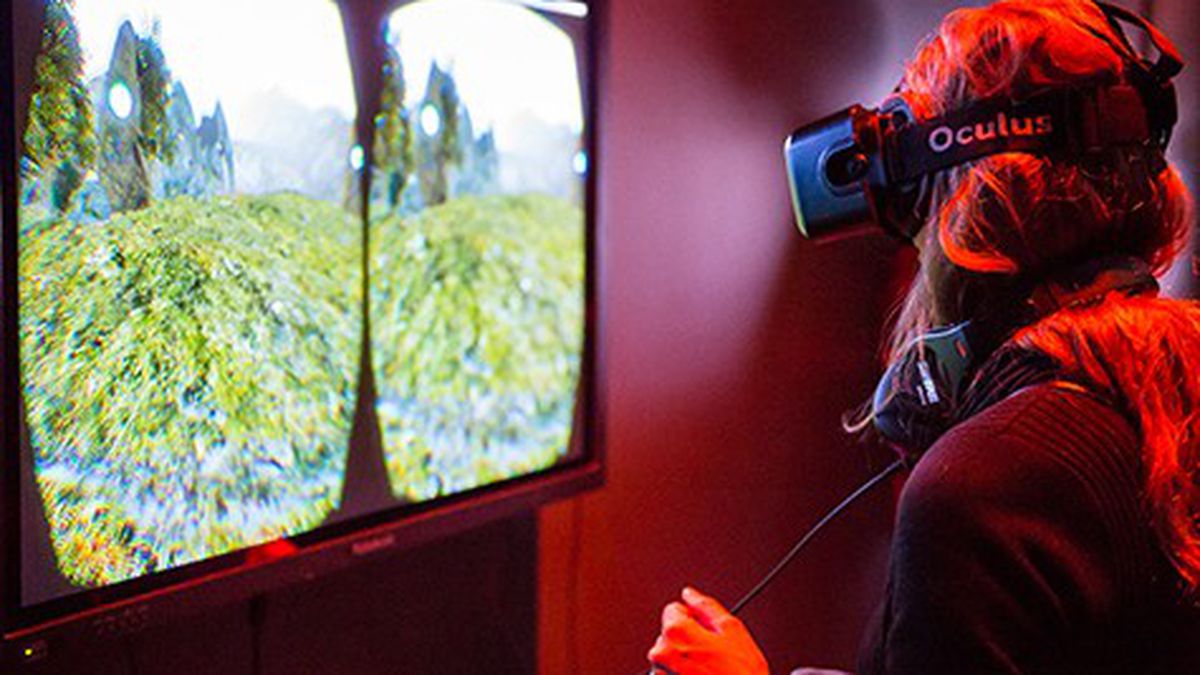 I’m trying to open a flower with my mind. White plastic petals surround a softly glowing lightbulb. I do some math problems in my head, trying to ignore the electroencephalography (EEG) headband strapped to my forehead, recording my brain’s electrical activity. Once I’m completely focused, the flower pops open.

This process of learning to control your mental state using information from an EEG headset is called neurofeedback. Although I’ve been watching people open flowers, control robotic arms, and light things up with their minds all night, I can’t help but feel like I’ve just watched magic happen.

Cognitive Technologies, which opened January 31 at the Exploratorium (Pier 15, San Francisco), is a collaboration between a group of UC Berkeley students under the same name (Cog Tech for short) and Fruitvale’s m0xy Artist Incubator. The exhibit brings cutting-edge neuroscience technology to the general public through a series of interactive art pieces, including “Bloom,” “Make It Move” (in which you control a robotic arm with your mind), and “Puzzling Evidence” (a glowing table that lights up with different colors as you focus on completing puzzles).

Stephen Frey, the exhibit director and cofounder of Cog Tech, compared this nascent technology to that of early telescope invention: “People create telescopes to see things that are far away, and then when they make new telescopes, they have a better idea for what they want to look at.” Playing with early brain technology will help scientists create new tools, the implications of which we can only begin to imagine.

“Stephen is masterful to wrangle together this eclectic group of people,” said the Exploratorium’s west gallery curator Pamela Winfrey. “You can’t do something like this without putting together a team.” Collaboration is central to the project, which came together when Winfrey asked Cog Tech to create something for the Exploratorium’s immersive Black Box media space.

“We wanted to express certain scientific concepts, but we wanted to do it in a way that was accessible and aesthetically pleasing,” said Frey. So he contacted m0xy, already known for “Mens Amplio,” the EEG-interactive giant brain sculpture that operations director Brian Krawitz originally built for Burning Man. “M0xy took this from a bunch of laptops to a museum-quality exhibit,” Frey said.

“We bridge the gap,” said Atticus J. Wolf, m0xy’s executive director and founder. M0xy’s facilities director Robert Leggoe described its role as taking “projects beyond the scope of those who envision them and partnering them with people who have the know-how and resources to produce them.”

Resources m0xy certainly has — its 40,000 square-foot space occupies the former site of Aandi Metal Works in the Jingletown Arts and Business Community in Fruitvale. In addition to providing affordable space for emerging artists, the incubator strives to connect artists with potential collaborators and help them grow their business. “No one is a master in every field, and so we facilitate the crosspollination of ideas,” said Leggoe.

Cognitive Technologies is a community-driven, interdisciplinary project that sees artists and scientists of all types collaborating to create something accessible to the public. Incubation has indeed occurred: “All sorts of companies, startups, art projects are going to come out of the connections made here,” Winfrey said of the installation.

Winfrey described the burgeoning technology on view at Cognitive Technology as “like someone witnessing flight in the very beginning. It might not look like much but if you can make the conceptual leap, you’ll see they’re just getting started.”

Cognitive Technology is on display through March 1. 415-528-4444 or Exploratorium.edu