.This Is Not Berlin: It’s Not Y Tu Mamá También or Roma Either 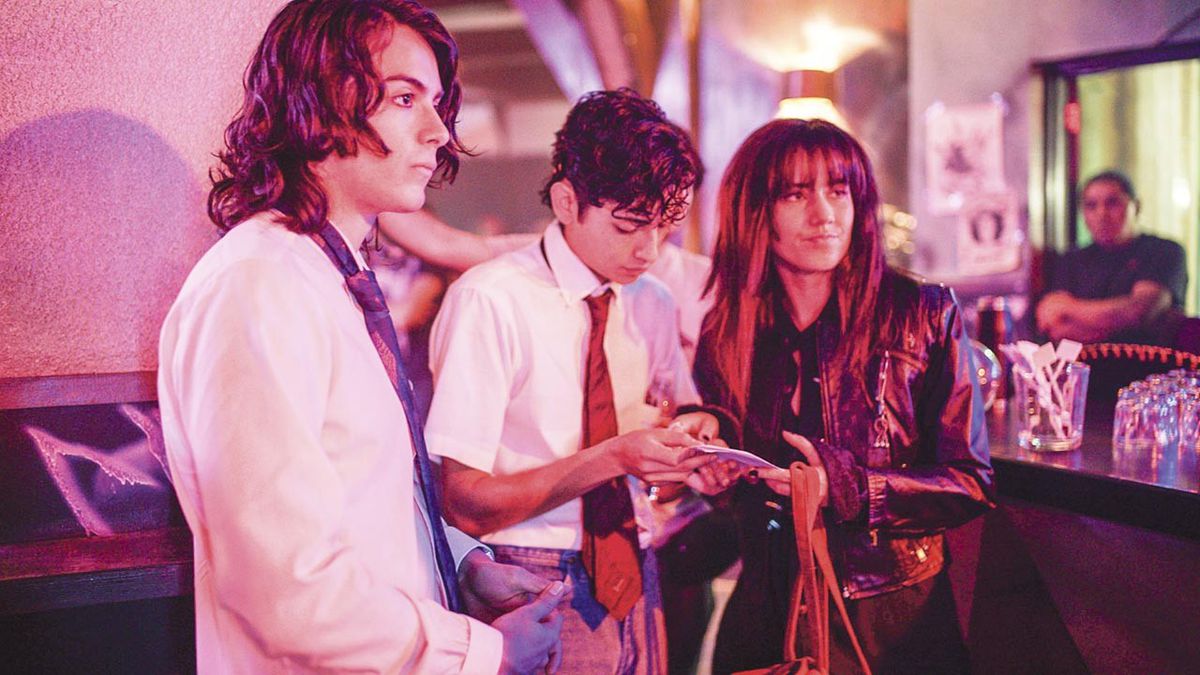 If we squinted hard, we could even imagine that filmmaker Sama, a movie and TV veteran, might be playing his own personal variation on Roma. So were looking forward to being dunked into an ice-cold bath of adolescent angst, with a few artistic pretentions to spin ironic riffs off of.

But no. This Is Not Berlin sets its sights slightly lower. Prep school student Carlos, his buddy Gera (José Antonio Toledano), and Gera’s cool sister, a Patti-Smith-fan singer named Rita (Ximena Romo), get their kicks at the Club Azteca, a funky hole filled to overflowing with synth music, gelled hair, partying gays and straights, amyl nitrate poppers, and the unmistakable sound of young people trying to find themselves. Are Carlos and Gera more than just best friends? What goes on in the private upstairs room? Does Carlos’ Uncle Esteban (played by the director) have any useful tips about adulthood?

Filmmaker Sama takes his time running Carlos through his changes. We grow weary. Before our eyes, the incisive comedy of manners we’d been hoping for devolves into somewhat of a telenovela. The film’s most provocative moment occurs when Carlos’ band plays at a battle of the bands in a downscale neighborhood. A kid two shades darker than Carlos remarks that Carlos and his friends are judged by different standards than the lower-class rockers. “You’re the pretty ones,” he says. Sama sees that, we can see that, but the film mainly lets it lie before getting back to who loves whom, and why. Game over.&#8;

Next ArticleWednesday’s Briefing: Noel Gallo’s plan for the homeless in Oakland: ‘Put them at City Hall’