The city's 911 system can leave callers waiting for more than 120 seconds before an operator ever answers. 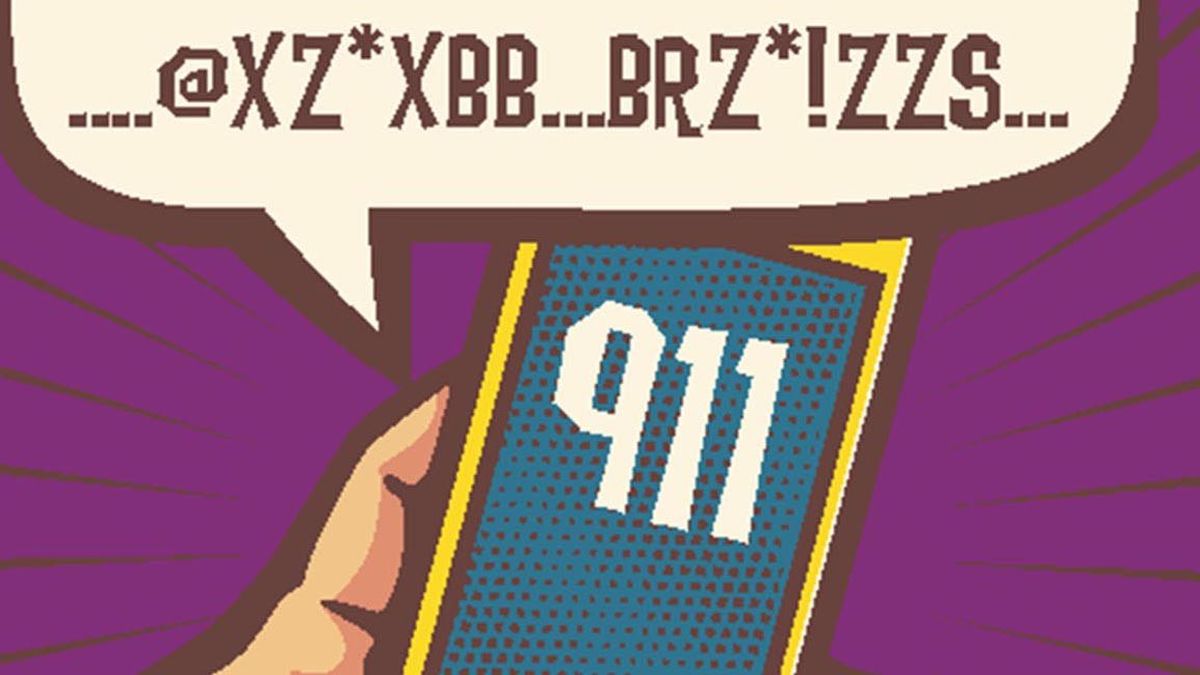 Seconds of delay in an emergency can lead to death. As a result, 911 calls are supposed to be answered quickly. But in the City of Oakland, callers to 911 commonly encounter a long, droning interlude of modem racket, followed by pre-recorded messages in Spanish, Vietnamese, and then Chinese.

It took 81 seconds for a human being to answer a daytime call made in Oakland on Friday, June 21. Several other daytime and early afternoon 911 calls made for this story since that date were sometimes answered by a human being, but usually with modem noise and pre-recorded messages in other languages.

Under standards adopted by the National Emergency Number Association and many states, including California, 90 percent of 911 calls are to be answered within 10 seconds, and 95 percent within 15 seconds.

“If someone is in cardiac arrest, you have four to six minutes to save their life,” said Dr. Bernard Heilicser, a Chicago area emergency medicine physician who has served as medical director of the South Cook County Emergency Management System for 35 years. In addition to promptly relaying news of the emergency to the right fire or police dispatcher, a 911 operator can advise a caller on pumping a chest to restart a heart or on controlling bleeding while paramedics are on their way.

Time also is of the essence in responding to many other emergencies, including crimes and fires in progress, and health issues such as strokes, anaphylactic shock, serious injuries caused by gunfire or vehicular accidents, and a multitude of other scenarios.

Heilicser said he has never heard of anything like the 911 answering system employed in Oakland.

“It’s unbelievable, really,” he said. “I understand their desire to be able to accommodate folks with disabilities or who speak other languages and that’s important. But regardless, no one is going to get a prompt response going through that scenario” of pre-recorded modem tones and multiple languages.

City officials provided little explanation of the rationale behind their system. “We do have a human being picking up 911 calls when they are available,” Oakland City Communications Director Karen Boyd said.

At Boyd’s request, the East Bay Express followed up on June 24 with written questions asking how the decision was made to answer 911 calls in this fashion, who decided to do so, how many people hang up while listening to such messages, what percentage of Oakland’s 911 calls are answered by human operators, and related issues. The paper received no answers to these questions despite additional requests to Boyd’s office and the police public information office.  However a former police officer who once worked with the city’s 911 system said calls are bounced over to a modem and a recording when a human operator is not available.

Recognizing that cellphones are currently used to make about 80 percent of 911 calls, national standards allow for some flexibility and do not require that all calls be answered within 10 or 15 seconds. CEO Brian Fontes of the National Emergency Numbers Association noted that some cellular signals are weak, which can result in 911 calls being dropped.

“Immediacy is crucial,” he emphasized. “If you are chewing up seconds on a call listening to an audio recording, it takes away from dispatching emergency service.”

According to a chart assembled by the Oakland Police Department and provided by the California Office of Emergency Service, Oakland only answered 57.5 percent of 911 calls in May 2019 within 15 seconds. That falls far short of the state and national standard of answering 95 percent of such calls within 15 seconds. California law makes state funding of 911 call centers contingent upon meeting that standard.

The Oakland chart also shows that only 72.4 percent of 911 calls were answered within 40 seconds, with 8.07 percent in 41-60 seconds, 11.78 percent in 61-120 seconds, and 7.75 percent in 120 seconds or more from “the time of call seizure to the time of agent answer.” The chart did not specify whether “call seizure” is considered to come before or after any modem tones or recorded messages.

The Express recorded its 911 call of June 21, which can be heard by using the audio player above the illustration for this story. The message begins: “This is Oakland 911. The next sound you hear is the sound to activate TDD devices.” Ten seconds of computerized cacophony follows, noise associated with the city’s antiquated TDD/TTY system. (TDD is short for Telecommunications Device for the Deaf and TTY means Teletypewriter.)

“Those devices are hardly used anymore because the deaf and hard-of-hearing rely more on texting than on TTY,” said Fontes, whose Virginia nonprofit represents more than 13,000 911 professionals across the nation. “I can’t see why the City of Oakland or its 911 center have chosen this approach.”

The Alameda County Sheriff’s Office launched its own texting program in February of 2018. “Now we can reach the hearing impaired and the vocally impaired,” said department spokesman Sgt. Ray Kelly. Text 911, he said, “gives voice to people who don’t have a voice.”

Kelly agrees with Fontes that human response to 911 calls is “absolutely important.” His department covers hundreds of miles of unincorporated area mostly east of the East Bay hills, where 150,000 people live. First questions, he said, are, “Where are you?” and “What’s your emergency?”

“Most callers speak English,” Kelly said. “A lot of dispatchers speak Spanish.” In addition, he said, Mandarin, Vietnamese, and Korean are commonly spoken in the county, along with languages from the India subcontinent and Afghanistan.

“We have translators on line” where 911 operators can direct emergency calls,” Kelly added. “We can do any language.”

Even when 911 calls flood in, such as when many people witness the same particular emergency, Kelly said his office does not drop such calls. He noted that overflow cellphone calls are automatically shifted to the California Highway Patrol.

In addition to its 911 line, the Oakland Police Department also maintains a 510-plus-seven-digit number for emergencies. A call to that number early on June 24 was answered with a repeating loop of modem noise and multiple languages, and by a human being — after about three minutes.&#8;

Next ArticleCorrections for the Week of July 10, 2019