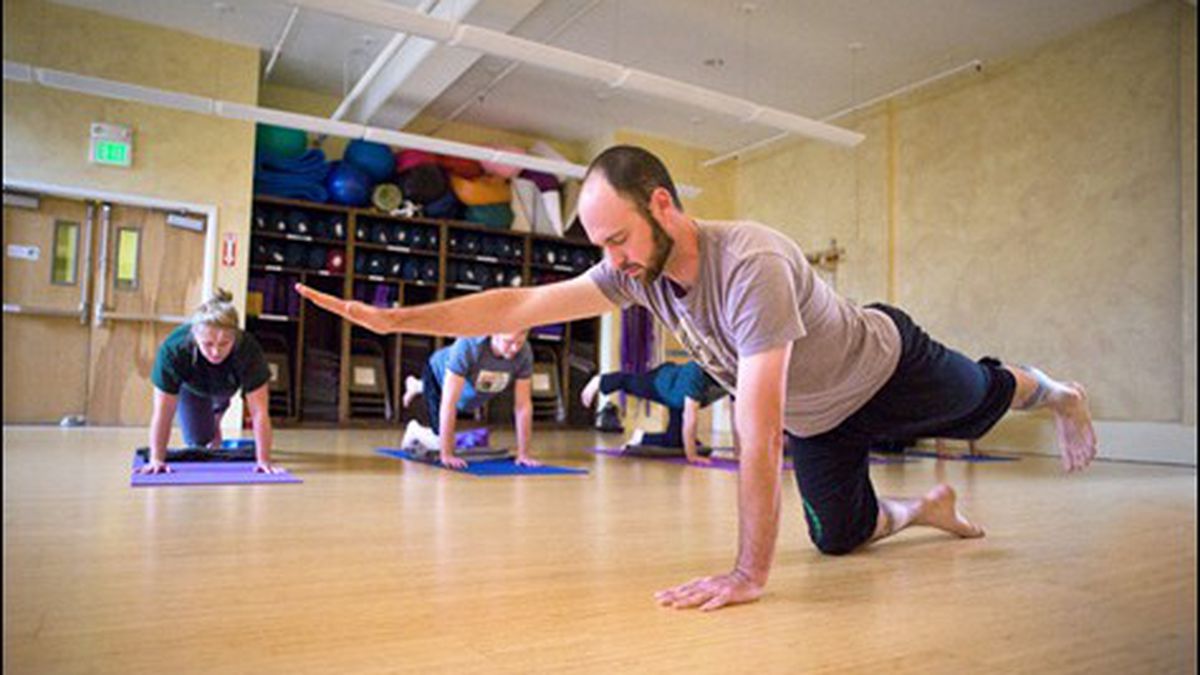 Thinking About a Career in Yoga?

Be prepared to hustle. The Bay Area is saturated with yoga-instructor hopefuls.

When Katchie Ananda became a yoga teacher in New York City, she was barely scraping by, even though her rent was just $300 a month. “I didn’t need much; I was so happy,” said Ananda, who now lives in Berkeley. “I paid little rent and I basically just made enough money for food.”

That was two decades ago — before yoga exploded in popularity. These days, Ananda, who teaches classes at Yogakula in San Francisco to those who want to become yoga instructors themselves, says more students are enrolling in her classes than ever before.

But she doesn’t recommend that her pupils rely on teaching yoga as a primary source of income. “I had a student who asked if she should leave her job,” Ananda said. “She had a good job that she’d been at for ten or fifteen years, and I said, ‘No, stay with it.’ A few will make it to the top, but I tell them to give it two years, three years, teach some classes two or three times per week for fun. Keep what you’re already doing and then see what happens; the switch will be more natural. Most peoples’ classes aren’t enough to be a main source of income.”

When it comes to yoga, the Bay Area appears to have no shortage of interested people. And many try to turn that interest into a teaching career. “We certainly have a lot of yoga teachers in the Bay Area, probably one of the highest concentrations in the nation,” said Baxter Bell of Piedmont Yoga. People are drawn to the profession for a variety of reasons — to further their own knowledge of yoga, or as an alternative to a high-stress corporate career. But their dreams are not necessarily realistic.

Anecdotal evidence suggests that there are more people becoming yoga teachers than existing studios can employ. Jennifer and Kevin Collins, owners of Groove Yoga in Berkeley, which opened last November, said people are constantly approaching them to teach at their eco-friendly studio.

“There’s clearly a trend in this area where there are a lot of teachers,” Kevin Collins said. “At our studio, we get probably two or three requests a week to teach at our studio.”

One way they test out prospective instructors is through their Saturday donations class from 12:30-2 p.m., which is led by a different teacher each week. The Collinses use the class to get a feel for different instructors, and all of the class’ proceeds go to charity.

“It gives us an opportunity to meet and talk with these people, and we have met [current] teachers through this,” Kevin Collins said. But, he added, “We have a full slate, and most of the people we can’t add on.”

Those who do become teachers aren’t guaranteed a stable income, either. While those interviewed for this story were hesitant to disclose specific salary information, teacher Robert Mooring said instructors get paid $10-$16 per head in a class at Piedmont Yoga.

And becoming a certified yoga teacher isn’t that easy; nor is it cheap. Ananda said her certification class costs $1,975 for one hundred introductory hours of class time over an eight-month period. The students must complete an additional one hundred hours to become actual teachers.

Enrolling in a certification program allows devoted yogis to learn more about the practice, with classes varying from anatomy to history. Other programs can cost upwards of $3,600 and typically last ten months, requiring two hundred hours of basic certification. At Piedmont Yoga Studio’s Deep Yoga program, students have to learn about the human body, the history of yoga, and famous yogis, with various reading and writing assignments throughout the course of the two-hundred-hour program. Students have to regularly observe a yoga class and write a paper on it, commenting on everything from the teacher’s tone of voice to the sequence of postures.

“It was actually a lot harder than I expected,” said recent Piedmont Yoga graduate Mary Sue Wantorek. “I thought going in, it would be like having a couple extra classes a week.”

Once students graduate, however, competition can be fierce. Teachers usually hold a few classes per week, so the number of students can be minimal. Mooring, who started leading a weekly class on Thursday evenings at Piedmont Yoga, is currently substitute teaching yoga to supplement his income.

“My next step is to promote the heck out of this class,” Mooring said. “I’m just going to try to sub like crazy, get the work out there, and not try to force anything.”

In addition to teaching weekly classes at Gymboree, where she works, Wantorek is also a substitute yoga teacher. “Any opportunity that arises I want to say yes to,” said Wantorek, who will also be teaching every Thursday at 7 p.m. at Berkeley’s 4th Street Yoga starting in September. And for Wantorek, that means using social medial to promote herself. “I’ve been resistant to Facebook my whole life, but now I’m realizing I need to use it.”

Piedmont Yoga Studio’s teaching program, which is in its fourth year, stresses the importance of marketing yourself. Of the many classes required during the ten-month program, the Business of Yoga addresses the art of building a résumé and creating teaching opportunities.

Jennifer Rodrigue, an editor at Yoga Journal who teaches four classes per week, said becoming a successful teacher is largely up to the individual. “It’s like running a business, but a business that has a soul, hopefully,” she said. “If you’re a great marketer and you have some business savvy, you can do well. It depends on your charisma.”

Despite how hard it is to break into the field right now, people continue to be hooked on yoga. And if yoga’s popularity continues to grow, instructors may find themselves in demand. Rodrigue said the country has fallen in love with the ancient Indian art for a simple reason: because it feels good. “I think that there has been a history of yoga in the United States that has given people the opportunity recently to experience the benefits of yoga, and when they try it they want to share it with other people,” she said. “It becomes a way for people to integrate those daily benefits into their work life.”

Although Piedmont Yoga graduate Wantorek has only been teaching yoga for a few months, she’s already fallen in love with it. “I like to see the students’ faces at the end of the class when their eyes are sort of glossed over,” she said. “I like to see the change over the course of an hour or hour-and-a-half class.”

Your Daily Lick: The Action Design