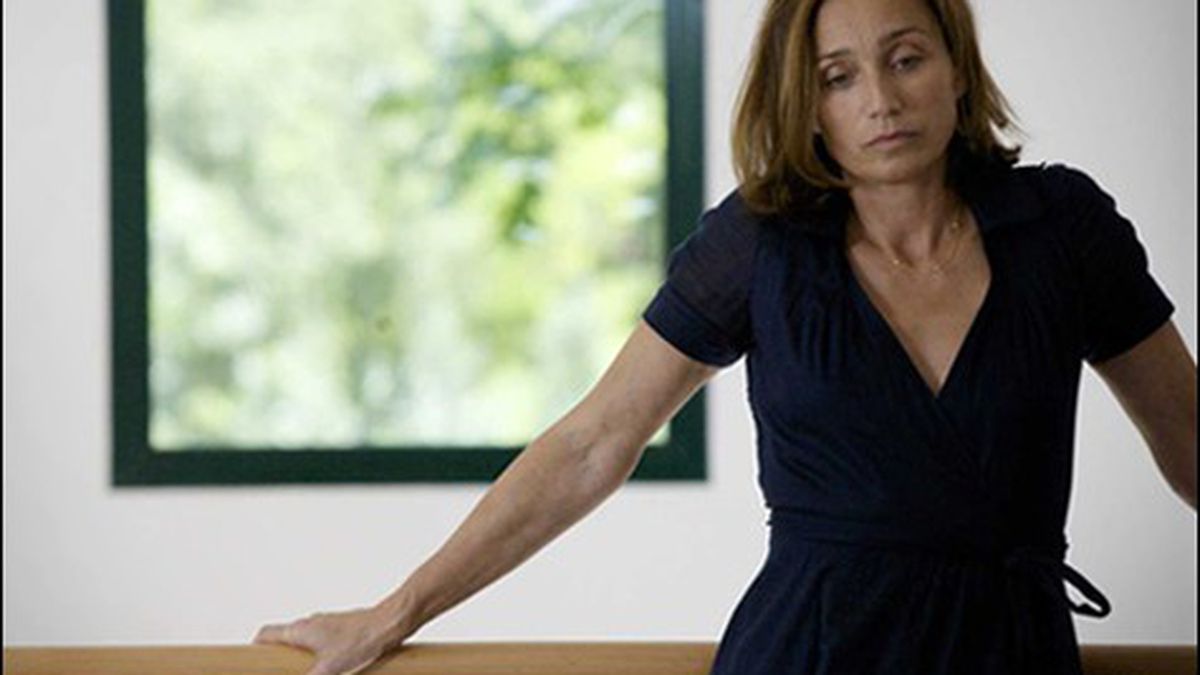 They’ve Gotta Have It

The Freebie, Leaving, and the European bias.

One of the more attractive propositions in the critic’s bag of tricks is the one about the “European Bias.” It states that whenever we’re watching an American sitcom or character study — something with a lot of cast members sitting around talking with each other — and we begin to find it difficult to relate to, we should try to imagine the film set in France (or Spain, or Italy, or Germany), and the dialogue in the corresponding foreign language, with subtitles. Voila! The American film suddenly improves.

It’s a devilishly tempting escape hatch because it almost always works. The implication is that we forgive a certain amount of talkiness and even vagueness from European films that we wouldn’t let American movies get away with. Of course it’s unfair, but that makes it all the more irresistible. How could an ordinary, borderline-lightweight relationship drama with characters babbling in, say, Seattle magically become charming just because we imagine them babbling in Paris?

At first, in the early going of Katie Aselton‘s The Freebie, it looks as if we might be forced to apply the European Bias. That’s during the dinner party scene, in which Darren (Dax Shepard), his wife Annie (played by director Aselton), and a few of their thirtysomething friends are discussing the advisability of strict monogamy in long-term relationships. But then, the combination of the protagonists’ personalities and Aselton’s mostly improvised screenplay starts to work its own magic, and we happily toss the bias aside. The Freebie can stand alone quite nicely, thanks to its writing and actors.

Childless Darren and Annie, who live near Hyperion Avenue in Los Angeles, are both suffering from the seven-year itch but are too dainty to frankly fess up about it. So they seek permission from each other by constantly gabbing about “openness” in roundabout ways that congratulate their concern for each other’s feelings. Methinks they doth protest too much with their “snuggle boner” assurances, but they’re both into the game aspect of it. Gradually, they talk themselves into trying one designated guilt-free “night out” of sex with another partner. Are they really launching a frontal assault on the concept of monogamy, or just bored with each other and afraid to admit it? You go first. No, after you.

In the role of Annie, writer-director-actor Aselton (she’s a regular on TV’s The League as well as a former swimsuit model) manages to encapsulate a sort of squeamish selfishness that carefully tiptoes around the subject, waiting for the other party to make the move and take the blame. Evidently Aselton and her cast developed the dialogue in improv from an outline scenario and shot the whole film in eleven days, for the sake of naturalism. The Freebie certainly blurs the line, at one time very pronounced, between indie movies and the new breed of freer, looser TV sitcoms.

Annie may well be the ideal modern, self-absorbed-but-therapeutically-inclined urban dweller, earnestly seeking to “improve” her marital relationship by tearing off a satisfying quickie in a women’s room with a bartender — or by merely pretending to. Director Aselton also is generous with screen time for her opposite number. Shepard, a graduate of The Groundlings improve troupe, Mike Judge‘s Idiocracy, and MTV‘s Punk’d, has a comic’s timing that combines well with his Bruce Dern-style physicality. He also seems to wrangle the best lines. When Annie and Darren really get warmed up they’re brilliant together, an ingratiating Angeleno riff on the quicksilver relationship comedies of the great French filmmaker Eric Rohmer, who also loved to hear his characters rationalize.

There’s always a winner and a loser in this sort of story. One of the things that pleases us most about this pert chamber sitcom/drama is that that distinction is never obvious. Annie and Darren grow on us organically. The more they squirm, the more entertaining they are, and The Freebie takes one more step toward making the Euro Bias obsolete.

Americans talk about it endlessly. Europeans just do it. An enterprising art-house mini-plex would do well to book Catherine Corsini‘s drama Leaving (Partir) in close proximity to The Freebie, the better to illustrate side-by-side the elusive complexities of the European Bias.

When comfortably situated physiotherapist Suzanne (Kristin Scott Thomas) abruptly chucks her physician husband Samuel (Yvan Attal), their two teenage kids, and their sleek modern house outside the city of Nîmes in the sunny South of France for a Spanish immigrant construction worker (and ex-con) named Ivan (Sergi Lopez), she doesn’t debate the issue for a second. Later, as matters deteriorate, Suzanne and Ivan are reduced to picking fruit for a living and she’s forced to scramble around an autoroute service station trying to sell her Cartier watch to strangers in order to buy a tank of gas. We realize then that writer-director Corsini has decisively put the folle back into amour fou, and also that Scott Thomas is not only one of the finest character actors in the English language, but in the French as well.

Scott Thomas absolutely rips a hole in the screen as middle-age sex kamikaze Suzanne. “You’re like a bitch in heat,” shouts her bewildered spouse. That’s not the half of it. Suzanne’s gleeful anticipation of seeing her lover makes most actresses half Scott Thomas’ age seem like pickled herrings in comparison. The feverish sneak reunions, the heavy breathing, the lack of body doubles. It’s not a duty with Suzanne, it’s whole-hearted, blind passion. Her motivation is unclear — that’s what makes it fou. There’s nothing particularly wrong with her husband Samuel; he’s just possessive and hurt, not abusive. Perhaps we’re culturally inclined to give the woman the benefit of the doubt. If she wants to leave, it’s all right. But is it?

All that goes out the window when Suzanne does. Director Corsini and her screenwriting accomplice Gaëlle Macé up the craziness ante by throwing every other character, including the lover Ivan, into the shade and concentrating on Suzanne. The strategy pays off with one of the most intense female roles of the year, a complete triumph for the fifty-year-old Ms. Scott Thomas. One other bit of perfect madness: filmmaker Corsini’s insistence on using recycled music by Georges Delerue and Antoine Duhamel from films by François Truffaut. She evidently loved the music so much nothing else would do. Crazy, baby.

Soup for the Sick