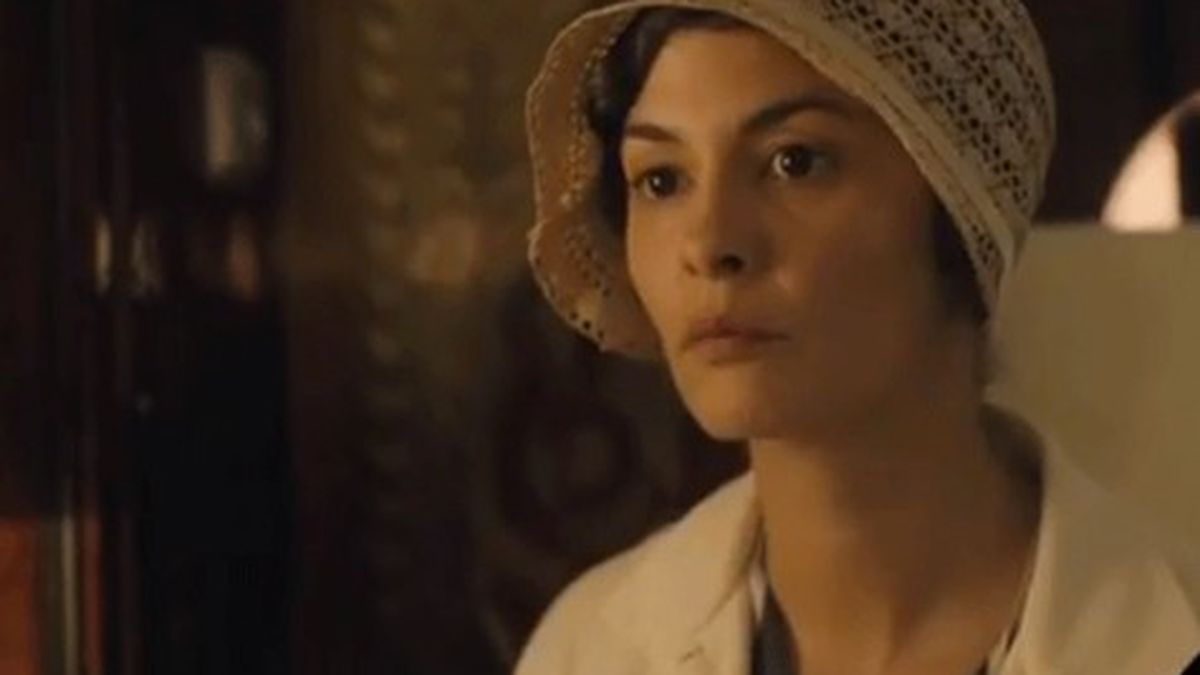 Trail of the lonesome pines.

On the day of her wedding, Thérèse Larroque (played by Audrey Tautou) looks years older than she actually is, with chalky white skin and a mouth set in a grim expression, on what ideally should be one of the happiest days of her life. In the church, one of the wedding guests whispers to Thérèse’s best friend Anne (Anaïs Demoustier): “I thought you said she was beautiful.”

Thérèse, the subject of director Claude Miller’s drama of the same name — adapted by Miller and Natalie Carter from a novel by François Mauriac — has just entered into the same trap as countless female fictional characters before her: marriage to a man she does not love. When the subject comes up, this rich young woman, whose wealth comes from pine trees in the Southwest of France, automatically answers that she married Anne’s brother, Bernard Desqueyroux (Gilles Lellouche) — the oafish, insensitive, but basically well-meaning heir to a rival pinewood plantation — in order to unite their properties. It was her decision, this ill-considered marital business deal, and it’s going to cost her.

French novelists and filmmakers adore unhappy marriages. Without them, we might never have encountered Emma Bovary, Proust’s Mme. Swann, or practically any female protagonist from a Claude Chabrol film. Thérèse’s punishment for not falling in love like her friend Anne is a lifetime alone on an iceberg. Anne’s choice, a seemingly lightweight free spirit/tuberculosis sufferer named Jean Azevedo (Stanley Weber), turns out to be a wild goose chase, but it’s better than the bitter, malevolent existence Thérèse leads in her grand house with Bernard. Their married life lurches from one disaster to another — Bernard’s heart condition and the accompanying arsenic medication, not one but two forest fires, and an unloved daughter. “Marriage will save me from all the disorder in my head,” asserts the miserable bride. But it’s clear nothing can save her from herself.

The 37-year-old Tautou (Amélie, A Very Long Engagement, Coco Before Chanel) has frequently been cast for her pixie-ish, romantic qualities. But writer-director Miller, who died last year, obviously saw something else in those big, sad eyes. In her mid-twenties Thérèse already looks careworn and middle-aged; she does not possess a bright and hopeful demeanor. Her character wears us, the audience, down just as surely as it does her family. She’s the sort of person, people would say, who has never been young. But we know she once was, and that she fantasized of love. Miller’s film is equally difficult to embrace. Thérèse’s perversity simultaneously repels and fascinates, and Tautou takes us all the way through the eye of the needle. Whether the trip is worth it depends on how much we want to see an actress stretch her boundaries. Otherwise, there’s always the gorgeous Bordeaux scenery.

Sex and the Soul