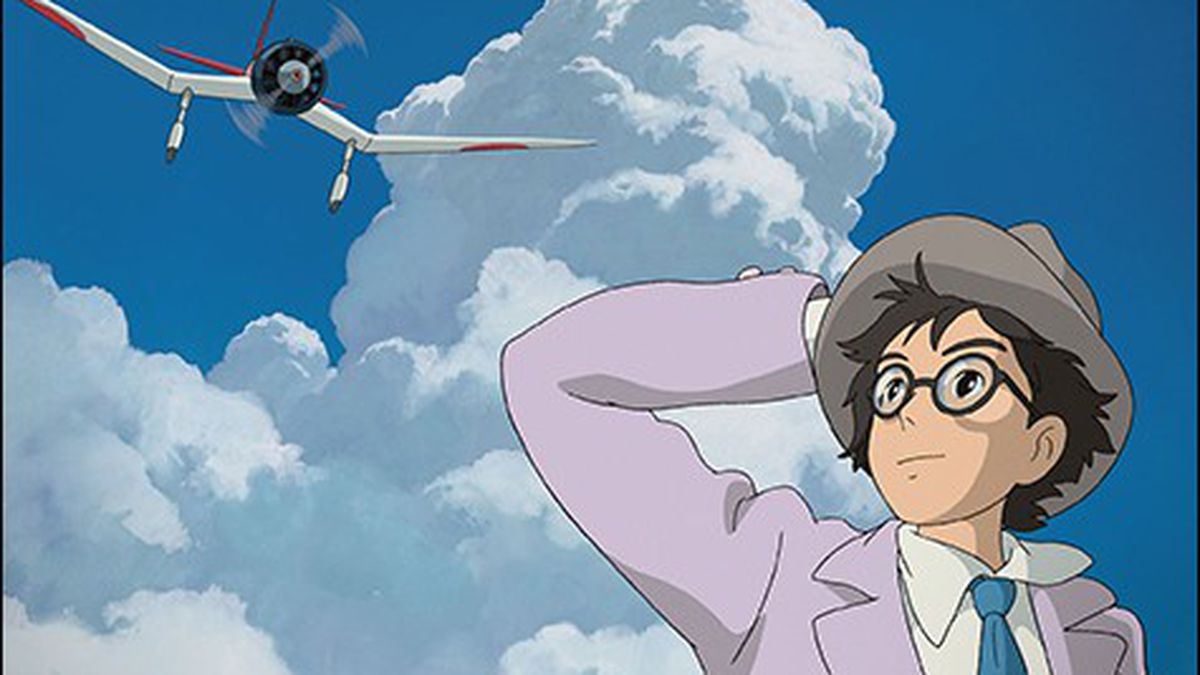 Besides Walt Disney and a handful of others (Tex Avery, Bob Clampett, Ray Harryhausen, Nick Park), it’s difficult to name an animator who has brought more joy to movie audiences than Hayao Miyazaki. The 73-year-old Japanese artist-writer-director has established a special place for himself with fantasies such as My Neighbor Totoro, Princess Mononoke, Spirited Away, Howl’s Moving Castle, and Ponyo — each of them casting its own spell built around a vaguely mystical yet humanistic outlook that essentially boils down to this: Respect other creatures and the Earth we all live on.

The Wind Rises, a 2013 production just receiving its US release, is reportedly Miyazaki’s last movie before retiring from feature filmmaking. In a deviation from Miyazaki’s typical fanciful scenarios, it tells the story of Jirô Horikoshi, a real-life aeronautical engineer of the early 20th century. Despite being nearsighted and thus unqualified to be a pilot, the young Jirô dreams of aviation and especially reveres Giovanni “Gianni” Caproni, a pioneering Italian designer of aircraft. Later, after Jirô survives the horrific 1923 Tokyo earthquake — the movie’s most dramatic sequence and one of Miyazaki’s all-time most spectacular — he goes to work for Mitsubishi’s aviation division and, despite obstacles put up by less visionary superiors, translates his radical design concepts into a new, graceful type of airplane.

It’s at this point in the narrative that a tiny warning light switches on in the mind of the viewer. Horikoshi-san is in fact designing military aircraft for the Japanese war machine of World War II. He is the inventor of the Zero, the deadly fighter plane that killed thousands of Allied personnel — and innocent civilians — during Japan’s failed attempt to conquer East Asia and the Pacific. The question cannot help arise: Why devote a movie to this man?

If Miyazaki is actually retiring, we’d prefer to remember him as an environmental champion, teller of elaborate moral fairy tales, and promoter of the underdog, rather than as an apologist for an admittedly brilliant, but misguided, collaborator in a ruthless campaign of international military domination. The Wind Rises, whimsical as it might be at first, really doesn’t belong in the same filmography as Spirited Away. We don’t know where it belongs. We hope Miyazaki-san reconsiders his decision to quit making films, if only to make up for the bad taste of this otherwise uplifting animated story.

How Many Laws Can One Councilman Break?