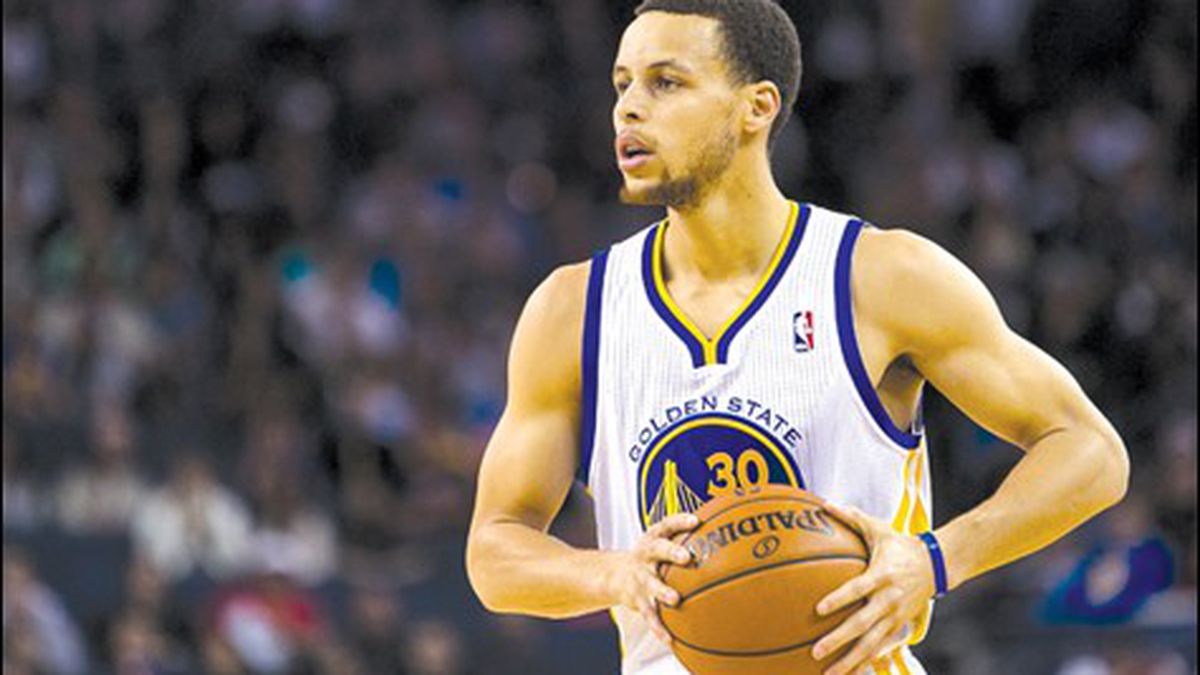 The team has signed many of the young stars that have fueled this season's playoff run to long-term contracts.

With their upstart season on the line, the Warriors desperately needed a bucket. Golden State was down two games to one in Sunday’s playoff game in Oakland, and was in danger of handing the San Antonio Spurs a virtually insurmountable 3-1 lead. It was overtime, and the never-say-die Warriors had already battled back from an eight-point deficit with five minutes to play in regulation. So with two minutes left, Golden State put the ball in the hands of a twenty-year-old rookie. Naturally.

Executing a step-back crossover, young Harrison Barnes rose for a jumper from the left wing. Oracle Arena quickly thundered to a volume that rattled laptops at the press table halfway up the stadium bowl. Bucket. Big bucket.

“It looked dark, very dark,” Warriors’ Coach Mark Jackson said after the game, referring to when his team trailed in the fourth quarter. “But we found out a way to get stops and make plays. … These guys are a bunch of Warriors, no pun intended.”

During its Game Four telecast, ABC couldn’t resist showing baby pictures of Barnes. The point: He and the Warriors are young. When four-time NBA champion and San Antonio legend Tim Duncan first appeared in an All-Star Game, Barnes was just five years old.

And Barnes’ jumper during Sunday’s win wasn’t an isolated incident, either. On a court with future Hall-of-Famers, Barnes scored a game-high 26 points when his team needed him the most. “I was just trying to be aggressive,” he said.

Barnes also hasn’t been the only aggressive young rookie during the Warriors’ playoff run. Draymond Green, 23, has had arguably the two biggest three-point shots of the first two playoff rounds, burying both Denver and San Antonio late in games. Last weekend, rookie Festus Ezeli, 23, played big minutes, again, and stuffed a Spur on one end and grabbed an offensive board on the other in Game Four. And rookie Kent Bazemore, also 23, went from driving to the D-League Santa Cruz Warriors to nearly driving a Game One win against the Spurs, with an athletic reverse put-in with 3.9 seconds left in double-overtime.

For anyone who has followed the Warriors this year, the success of the team’s young players is nothing new. Indeed, team management has been counting on the fact that the Warriors’ core group of young stars will give Golden State a bright future for years to come. The team has inked long-term contracts with several of its youngsters — meaning this year’s playoff run could become an annual tradition. “We’ll keep going, keep working,” said General Manager Bob Myers, himself a rookie, “until winning a championship and building an organization [that] everyone can be proud of year in and year out.”

Barnes, for example, is signed through 2017. Same goes for the team’s star player, 25-year-old Stephen Curry, who already had the Warriors’ career playoff three-point record after just ten games. Seven-footer Ezeli, who leads the team in total blocked shots, is also signed through 2017. Sweet-shooting guard Klay Thompson, 23, is here for at least three more years, and will likely get a contract extension once the Warriors drop pricey reserves like Richard Jefferson ($11 million-plus next year) — a move that will also allow the team to keep Green and Bazemore, who are currently only signed for another season.

At the same time, the Warriors’ front office is stocked with a youth movement of its own that could keep Golden State in the league’s top echelons for the next decade, including Myers, the third-youngest GM in the league at age 37, and 24-year-old assistant GM Kirk Lacob, who’s pioneering statistical analysis for the team and running the D-League Santa Cruz Warriors as well. &#8;

Talent, exuberance, and otherworldly hot-shooting streaks have made the Warriors a national discovery this year — even the Spurs crowd couldn’t help reacting with an “Ooooh” when Curry tossed in a three pointer off one foot in San Antonio last week. That popularity, plus the contracts the team has in place, means that this year’s sudden success could become a national expectation.

Facebook
Twitter
Linkedin
Previous articleWatch: The Official Trailer for ‘Fruitvale Station’ Is Out
Next articleWednesday Must Reads: Assembly Speaker Perez Rewarded Big Fundraisers; Brown’s Budget Boosts Spending for Schools, But Nothing Else