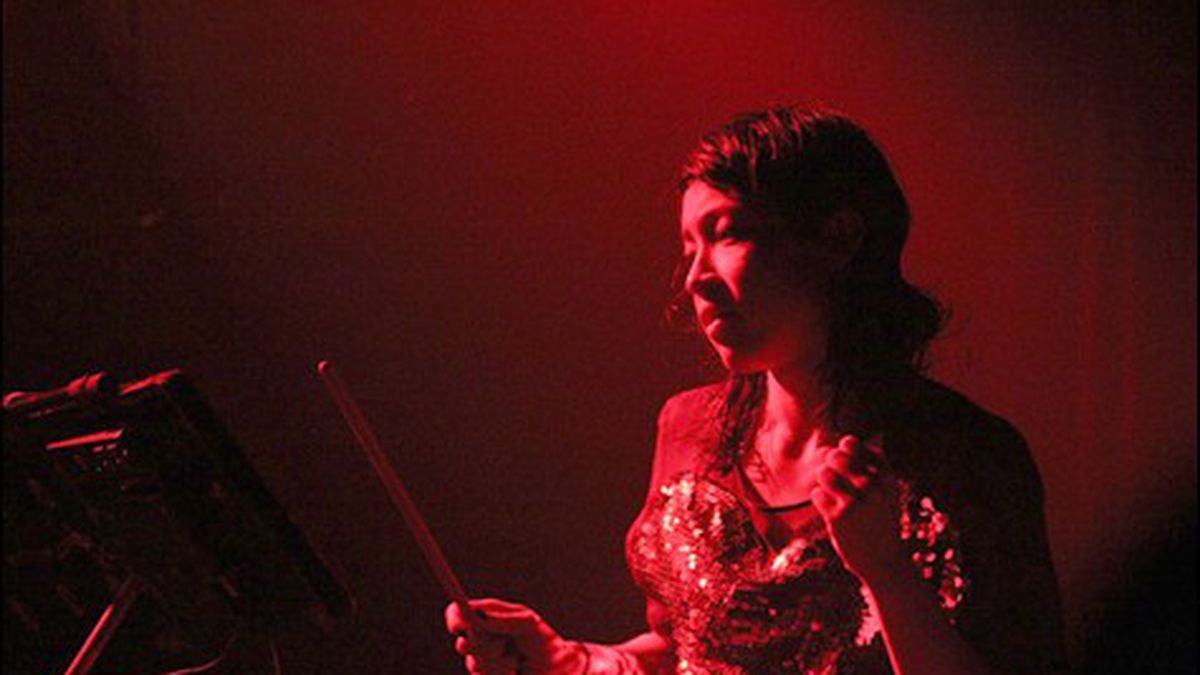 The Swedish band easily endeared itself to indie rockers in San Francisco. If only they would dance.

There was a lot of love in the room at Mezzanine last weekend. Usually in a packed house, stranger jostling is standard practice, albeit mildly annoying. But Little Dragon excels at setting a mood, and it was easy to tell just by audience etiquette: Instead of a push, it was a polite tap on the shoulder; instead of being shoved aside, it was getting delicately steered in a particular direction.

Little Dragon, originally from Sweden but now embracing fame in the United States, played two sold-out shows at the 1,000-person capacity venue last weekend. There was no opening act, just a DJ, after which the group put on a marathon two-hour set. The band members probably could have played for four and folks would still have been into it.

Mezzanine seemed like the best venue for the electronic pop quartet, too. It’s more a club than a traditional concert venue — fitting because Little Dragon is more a dance experience than a traditional pop band. With bars on practically every wall and across two floors, it’s hard to walk into Mezzanine and not immediately feel a little saucy. That’s spot-on for Little Dragon’s vibe, too — if you take any hints from the band’s members, you know that all you have to do to enjoy yourself is to just relax and keep moving.

Granted, a lot of people didn’t dance. Maybe the place was just too crowded, or the multitude just a little too hesitant. The pit was mashed tightly together, the stairwells all but blocked, and most of the young concertgoers seemed transfixed rather than transformed. Toward the end, one young woman escaped to the back of the club where she set up her own one-woman dance party in front of coat check. It was that kind of stifled energy that Little Dragon seemed to be trying to tap into all night.

If you were just there to stand and watch, though, which it seems most people were, the performance was still spectacular. Frontwoman Yukimi Nagano was like an exotic, sequined Energizer bunny. She swayed almost continuously throughout the lengthy set, moving her arms in smooth, mystical sweeping gestures.

Nagano specializes in a sort of electro-raindance. In between her vocals, the beat pounds away. Percussion, both electronic and acoustic, is one of the driving forces behind Little Dragon’s music. In addition to a live drummer, each band member conducts all manner of beat-keeping, from drum pads to MIDI controllers, all down to the simple tambourine that Nagano wears slung around her elbow.

She came off as a sort of cheerleader for the reluctant indie-rockers, who are most comfortable with hands below the jaw line and torsos protected. She bobbed up and down with unself-conscious vivacity, doing her trademark moves that fans have come to adore. Her innocent, awkward dancing was appealing, making her seem more human, less diva.

Nagano occupied a large portion of the stage, wandering around when she wasn’t singing. She’d hop over to keyboardist Håkan Wirenstrand and doodle on his KAOS pad, inciting electronic signals. At the encore, she went back to drummer Erik Bodin’s kit and tapped along on the hi-hat. It was all playful and good-natured, and Nagano’s behavior seemed mostly to be a model for anyone else who wanted to cut loose from the usual show anxiety and fully enjoy what the room had to offer.

Nagano’s voice is the band’s secret ingredient. It’s light, soulful, jazzy, and, most of all, nimble. Her range is so great that it’s almost as if she’s got two voices: one high and feminine, one low and smoky. She is rhythmically precise, knows how to work a microphone, and practices the perfect amount of vibrato. On top of it all, she’s warm, expressive, and engaging.

The three scruffy Swedes who accompanied Nagano did their jobs with expertise — heads down, tightly focused on the steady, bleeping beats of each song. They didn’t hog the spotlight by any means, but it was apparent how important they are to the band’s success. They kept everything dialed down for a 120-minute set that only veteran players could pull off.

Highlights of the night included opener “Ritual Union” and encore “Little Man,” both from Little Dragon’s new album, also titled Ritual Union. Every song, going back to its self-titled debut and including cuts from 2009’s Machine Dreams, was expertly executed. A few songs were missing — it would have been great if it had found a way to cover “Wildfire,” the dynamite collaboration that Nagano sang with UK producer SBTRKT earlier this year — but I suppose that’s kind of like having your cake and having another cake, too.