The battle for the East Bay's 10th state Senate district may be the most negative local contest in recent memory. 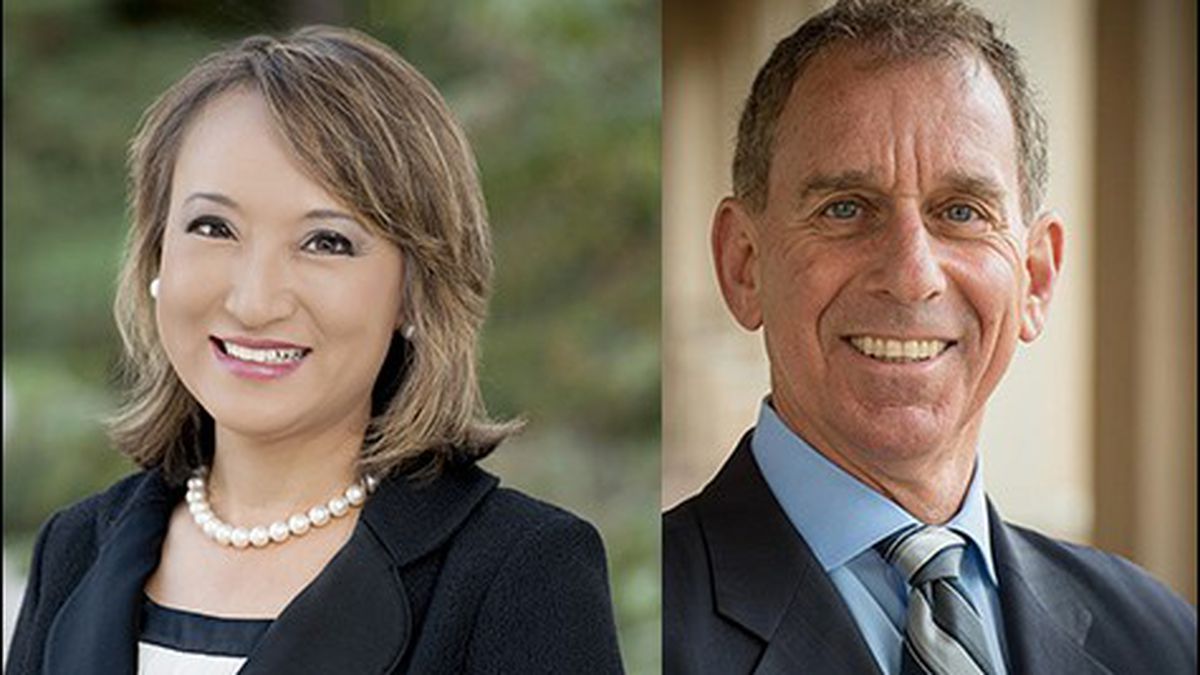 The most important event in one of this year’s most vicious primary races in the state did not occur in 2014, but on October 25, 2011. That was the day when then-Assemblymember Mary Hayashi was arrested outside of Neiman Marcus in San Francisco with three pieces of shoplifted clothing worth $2,450. Hayashi eventually pleaded no contest to criminal charges, and her probation is nearing an end, but she’s still carrying the baggage of that day, and the incident may ultimately decide whether she will win a spot in the top two among five candidates running for the East Bay’s 10th state Senate district in the June 3 primary.

In 2012, Hayashi launched a surprising run for Alameda County supervisor just months after the shoplifting incident, and one of the main questions of that campaign centered on whether Union City Councilmember Richard Valle would use the scandal as a hammer against her. Valle never really did, and then cruised to victory.

For a brief period earlier this year, it appeared as if state Assemblymember Bob Wieckowski would follow Valle’s strategy. At an endorsement meeting for the Asian Pacific American Democratic Caucus last month, an audience member asked Wieckowski for his opinion about a string of high-profile Asian American legislators who recently had been embroiled in legal problems. Wieckowski paused as Hayashi sat with a strained expression about five feet away and said, “Well, I think it’s just [state Senator] Leland Yee. I don’t know of any others.”

But then just two weeks later, Wieckowski did an about-face, and his campaign released a scathing attack on Hayashi, unveiling a website called MugShotMary.com. In addition to posting the jail photograph of a disheveled Hayashi taken just after her arrest, the site detailed the chain of events that led to her arrest and her repeated refusal to take full responsibility for the 2011 incident.

Less than a week later, Hayashi hit back with her own attack website, BobProtectedRapists.com, which slams Wieckowski for registering the only vote in the entire Legislature in 2012 against a bill that sought to prevent those who had been convicted of domestic violence against a spouse from later receiving alimony or other benefits from the victim. (Wieckowski later switched his vote and supported the legislation before Governor Jerry Brown signed it.)

Then as the two Democratic campaigns jawed at each other in the media, Wieckowski blanketed the district, from Castro Valley to Santa Clara, with ads and mailers featuring Hayashi’s mugshot. Hayashi returned fire by bestowing another moniker on Wieckowski, this time referring to him in the press and in mailers as “Bob the Bully.”

Yet, for all the money spent on media buys, the release by a Democratic Party operative of surveillance footage of Hayashi inspecting merchandise at Neiman Marcus on that fateful day, may turn out to be the hardest hit of all. Mark Goodwin, Wieckowski’s campaign manager, said that an edited clip of the surveillance footage posted on the campaign’s website is attracting huge traffic. He also said he does not think that voters will take offense to their all-out negative attack-ad strategy against Hayashi. “I think all voters … take it serious when a legislator, while serving in the Assembly, commits a crime,” he said.

Hayashi’s campaign representatives did not return phone calls seeking comment for this report.

Hayashi and Wieckowski are both liberals, although Hayashi may be slightly more to the left because of her long history of advocacy for improving health care for low-income residents. Last year, both candidates supported the striking BART workers. And at a forum last month, Hayashi said that the state’s public-employee pension problems are not as bad as centrists and conservatives contend. As for Wieckowski, he drew intense criticism from the right for sponsoring a bill that would have allowed undocumented immigrants to serve on juries. Governor Brown later vetoed that bill.

While Hayashi and Wieckowski have been beating each other to a pulp on the campaign trail, a previously unknown Republican candidate from Santa Clara County could be poised to sneak into the top two on June 3. Peter Kuo said he almost quit the race in late December after receiving little attention and almost no funding. However, Kuo’s luck quickly changed when a Democratic-backed constitutional amendment was introduced in the legislature earlier this year. Known as SCA-5, the legislation sought to overturn Proposition 209, which was approved by voters in 1996 and ended affirmative action for admission to state universities and for state contracts. SCA-5 immediately ignited strong opposition in the Asian-American community from parents who feared that the reinstatement of affirmative action for African-American and Latino students would make it tougher for high-performing Asian-American students to gain acceptance to UC campuses. The proposed legislation not only stoked a passion in Kuo, but also in the district’s large Asian-American community. “If you work hard and follow the rules, you will have the American Dream,” Kuo said during a forum last month in Fremont.

Under pressure from Asian-American legislators, the Democratic leadership in the Assembly put the bill on hold. By March, Kuo’s ethnic background — he was born in Taiwan and immigrated to the Bay Area at the age of fourteen — and his rising status in the polls, and among campaign donors, attracted the attention of state Republican Party leaders, who believe SCA-5 has the potential to energize a large portion of the district’s electorate to vote for Kuo, since both Wieckowski and Hayashi support affirmative action. Although Kuo had been virtually unknown in Alameda County, some political observers believe he now has a better-than-even shot at placing in the top two, possibly at the expense of Hayashi.

Two weeks ago, when the level of vitriol between Hayashi and Wieckowski was peaking, Kuo shrewdly pleaded for comity and a return to the issues facing the 10th District. “What good is it doing?” Kuo’s campaign said of discord between his Democratic opponents. “California’s problems won’t be solved with dirty politics, but with real discussion, thoughtful strategies, and bold action.”

While a majority of the candidates are either slinging mud or focusing on wedge issues, the race’s two other participants, former East Bay Assemblymember Audie Bock and Fremont Planning Commissioner Roman Reed, have instead focused on specific causes. In a race almost devoid of issues directly facing the residents of the district, Bock has made the Hayward Russell City Energy Center a key focus of her campaign. The natural gas-fired plant located on the Hayward Shoreline was already an unpopular project even before the Bay Area Air Quality Management District recently charged the plant, which came online last fall, with releasing ten times the amount of allowable water particulate into the air. “We are the Environmental Protection Agency’s guinea pig,” Bock declared at the Fremont forum, referring to the lack of government regulatory oversight of the facility.

Reed, who was paralyzed nearly twenty years ago while playing football at Chabot College in Hayward, said the injury forced him to change his focus in life. He later graduated from UC Berkeley and became a national leader in stem cell research. Much of his platform has revolved around procuring additional state and federal funding for research. An early impetus for his candidacy, Reed said, was Wieckowski’s inability to pass a $1 million funding bill for stem cell research at UC Irvine. Wieckowski carried stem cell legislation on three occasions in recent years, but narrowly failed each time, said Reed. “We can’t afford to wait around while there are lives to be saved,” he said.