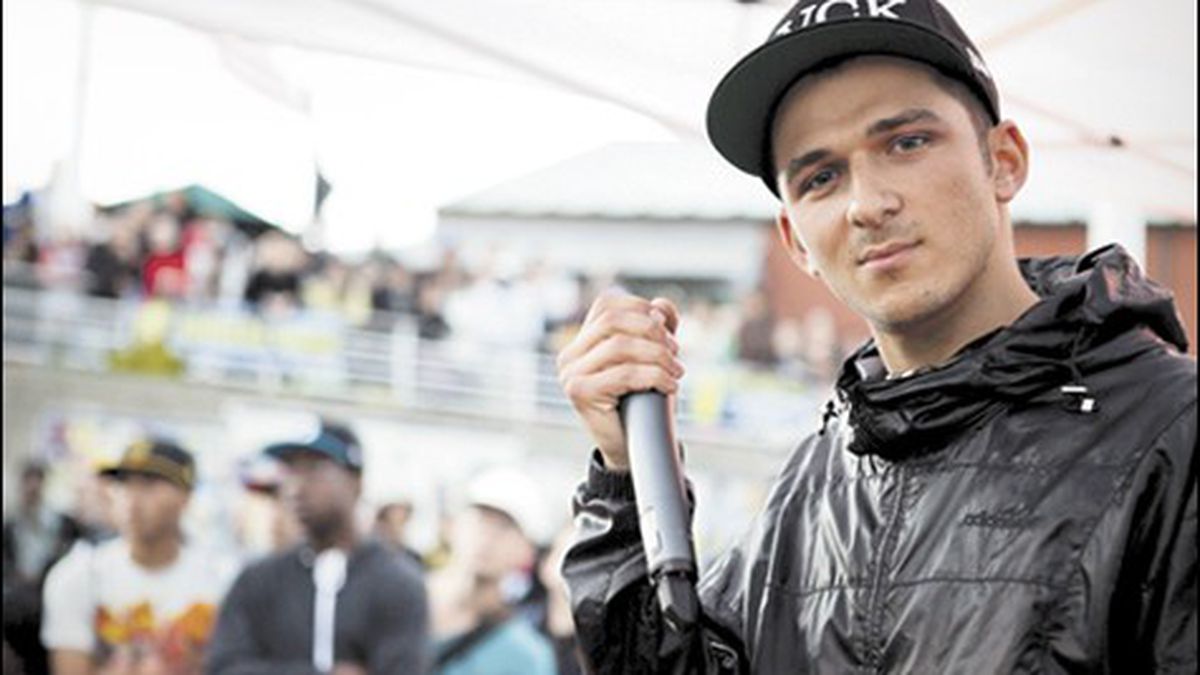 It wasn’t unusual for Yoram Savion to find himself standing in front of a liquor store at 90th and Bancroft avenues on a brittle Sunday night in December. Nor was it unusual for him to see police lights in the distance — this was East Oakland, after all. Not knowing the circumstances, Savion thought the lights would be a nice addition to the rap video he was shooting for the local MC Mr. Smith. Savion was creating the visual reenactment of Smith’s “Ice Cold,” a boastful, infectious rap with a bare-bones snare beat. He’d scouted the location, then assembled a small crew of turf dancers and extras to complete the scenic design. Everything came together: the desolate avenues, the low-slung buildings, the imposing liquor store windows. Dancers ENinja, Booka, No Noize, and Wah Wah did back flips and head spins on the sidewalk. Mr. Smith strutted in the foreground. Savion featured the police lights in one shot. They made a nice touch, he said.

The next day Savion went to Youth Uprising, an East Oakland teen center where he teaches film and multimedia production. Kids and staff members were all talking in somber tones about an accident that had occurred the night before, on 90th and MacArthur — blocks away from where Savion was shooting the Mr. Smith video. A car had swerved, hitting a pole, then a tree, then a gate. The driver survived, but a passenger died. Police rushed to the scene, which explained why Savion saw all the lights.

The passenger was Richard Davis, half brother of Darrell Armstead — aka Dreal. Armstead is a popular turf dancer and friend of Savion. When Armstead got the news from the Youth Uprising staff, he crumpled.

So he and Savion decided to go back to the corner and film a turf dance tribute to Davis. They brought along three other members of Armstead’s crew, The Turf Feinz. The dancers’ intentions were simple. They wanted to memorialize Davis and sanctify the corner where he died. In the process, they unwittingly brought an East Oakland dance form to the international stage. Their video would become fodder for blog posts in Europe, local TV news stories, and endlessly regurgitated Tweet memes.

[embed-1]
But on that December day, they were just making another RIP video. “It wasn’t a new concept,” Savion explained. “We shot it at the corner where they do their little shrine.”

It was raining on the day of the “RIP Rich D” film shoot, and the crew members had hooded sweatshirts and black bandanas pulled over their eyes. Savion told dancers Garion Morgan (aka No Noize) and Leon “Man” Williams Jr. to position themselves on a far corner for the opening shot. “I wanted to film it from far away and get a shallow depth of field,” he explained. “I wanted the background to be really out of focus.” He put Dreal and Tee “BJ” Stevens on a closer corner. Then, brandishing his new Canon 7D camera, Savion began filming. A man finished a cigarette and flicked it into a puddle near Man and No Noize. A police car rolled up to ask what they were doing. Savion caught it all in one take.

Son of an Israeli father and French mother, Savion spent his childhood in Brittanny, a region in northwestern France. He immigrated to Berkeley at age seventeen, finished high school at San Francisco’s French-American School, and went to UC Berkeley. There, he cobbled together a major combining sociology, ethnic studies, history, art, and multimedia that he called “New Media, Art, and Social Change.” During his junior year he took a class at the Graduate School of Journalism, and began an investigative project on youth violence. That brought him to Youth Uprising, where he landed a part-time gig teaching workshops to inner-city teens. Within two years, he would helm the center’s multimedia department.

In that capacity, Savion became the man-behind-the-curtain at Youth Uprising. He made public service announcements, taught other staffers video and photography, and supplied content for the YU YouTube Channel, YU Media LP. (“A million views and counting,” he brags.) He ultimately parlayed those skills into his own film company, launched with brother Ben Tarquin, Kash Gaines, and Javier Ochoa. The four christened their operation Yak Films. Their emphasis? Turf dancing.

Which brought them into a tight relationship with several East Oakland dancers. Turf dancing evolved gradually over the last decade, but it blew up in 2006 around the time of E-40‘s “Tell Me When to Go” video. That’s when Dreal came to the medium. A high school track star and football player, he has the lanky, rubber-band body of a ballerina. And he likes ballet, though he never tried it as a profession. “I couldn’t see myself doing ballet because I have tattoos,” he said. His neck is inked with red and black hearts dedicated to “Nai” and “my big sister Kia.”

But for a turf dancer, Dreal looks typical. Most of the Turf Feinz wear dreadlocks, baseball caps, and metal tooth grills. Their pants sag well below the waistline. Yet, their bodies are taut and agile. At the beginning of the “RIP Rich” video, Man and Noize pirouette out into the street, barely missing a gray Cadillac as it turns to the right. BJ answers with a series of body pops, making his arms and legs slither with reptilian grace. A beat by local producer Erk Tha Jerk thrums somberly in the background. It’s no surprise the video caught on.

But fame didn’t come instantaneously — it took a little marketing from Savion, who had the foresight to capitalize on his duel French citizenship by building a fan base in Europe. In March he took his camera to a huge French B-Boy event called Juste Debout and guerrilla-filmed a three-minute montage. His video got so much traction that the producers eventually co-opted it as their trailer. Then they hired Yak Films to create a feature-length DVD.

Once Yak Films built its European platform, its videos became hot. A few months after Savion posted the “RIP Rich D” flick on YouTube, it landed on blogs in Denmark, France, and Germany. Thence came thousands of page views. Its popularity eventually ricocheted back home. Local blogs picked up the story. Critics and culture vultures began touting the new dance phenomenon. It even made the news on ABC 7. “So if you see these guys hanging out on the streets, they are not loitering,” crowed anchor Carolyn Tyler. “They’re turfin’!”

As of this writing, the video has garnered nearly 400,000 views. Savion and the other crew members are getting assignments in Brazil and Germany. The Turf Feinz are expanding their repertoire to include house music, Michael Jackson, and even ballet, Dreal said.But they’re still grappling with the cops.