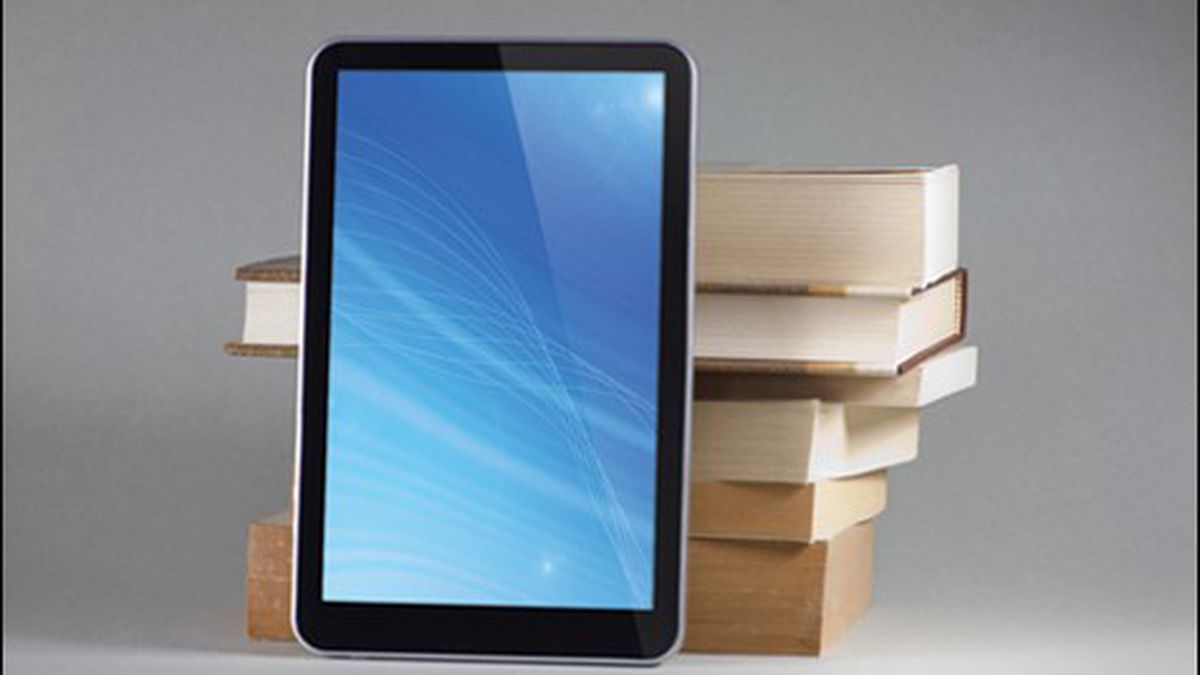 The Trouble with Tablets

Five years ago, it looked like the Internet would be print media's biggest threat. Turns out, that was only the beginning.

This month, the tablet industry celebrates its second birthday; the iPad first went on pre-order on March 12, 2010. If you think about that, it’s fairly hard to believe: After all, it’s difficult to recall another technology that’s grown so exponentially, moving in just two short years from completely nonexistent to a multimillion-dollar juggernaut and an all-but-omnipresent part of life.

“There’s certainly been tremendous growth in the tablet realm” of late, noted Jerry Monti of the Knight Digital Media Center at UC Berkeley.

That’s an understatement: As of mid-December, 10 percent of American adults owned tablet computers, according to a Pew Research Center survey; by mid-January and the end of the holiday season, that number had jumped to 19 percent — and it only stands to climb as more affordable models, like Barnes and Noble’s Nook and Amazon’s Kindle Fire, are introduced, and as technological advances enable all companies to produce tablets that are better, faster, and cheaper.

But the iPad and its imitators also have spawned a tectonic shift in the way people consume media, one that has sent shockwaves through the newspaper and bookstore industries, forcing them to adapt to a completely new, rapidly evolving medium. Because even though all surveys (and there are many) of tablet users indicate that the majority of them regularly use their devices to read, reformatting, repackaging, and, most importantly, monetizing that material can be complicated and costly — which is especially problematic as publishing houses and newspaper companies continue to be hit hard by the recession.

What’s more, tablet users appear, demographically speaking, to closely mirror book and print-newspaper readers more than the Internet at large: According to an October survey undertaken by the Pew Research Center, tablet owners tend to be wealthier and more highly educated than US adults overall; they’re also disproportionately in their thirties and forties, and more likely to be employed full-time than their counterparts — in other words, the prototypical book fiend or news junkie. As such, they present significant — but varying — threats for anyone who’s built a living on the written word. For bookstores, the challenge is in selling in person a product that you can’t see or touch. For libraries, it’s wrestling with publisher supply and reader demand in uncharted territory. And for newspapers, well, it’s learning how to stay afloat as their native medium becomes increasingly obsolete while the one that’s replaced it has yet to prove profitable.

Ironically, part of the problem may actually be related to just how well-suited the iPad is to journalism. In many ways, the tablet is the ideal way to consume a news story: A commuter’s dream, it’s easier to carry than a computer but more versatile than a book, far less unwieldy than a broadsheet newspaper or desktop computer, and capable of storing thousands of articles at a time for easy, extended, Internet-free reading. But at the same time, it’s also, in the words of Jeremy Rue, a lecturer at UC Berkeley’s Graduate School of Journalism, “a lean-back medium” — that is, perfectly suited to and structurally designed for the kinds of long, luxurious, weekend reading formerly reserved for the Sunday Times or a 10,000-word New Yorker feature, with a long battery life, a size perfect for curling up around, and a design that mimics the clutter-free feel of a book or magazine. Tablets are the best of both worlds, and they’re proving irresistible to onetime print readers.

Take Ralfka Gonzalez, for example. He’s an artist, a longtime Bay Arean, a self-professed “newspaper hoarder,” the kind of person who’s been known to rifle through BART station recycling bins for something to read — and last week, he bought an iPad. Or Steve Olson, an Oakland social media consultant who describes himself as a “big news consumer,” yet has all but given up reading print. Savvy, literate, and omnivorous, both Gonzalez and Olson could be said to represent the prototypical print-turned-tablet news consumer — and, according to the Pew survey, they’re far from unique: More than two thirds of tablet users say they follow news “all or most of the time,” versus 56 percent of American adults overall who say the same thing.

What this means is that even after weathering the declining subscription rates and newsstand purchases brought on by the Internet, newspapers now may be faced with an entirely new demographic of people — older, wealthier, attached to the look and feel of print but not the inconvenience — abandoning print for tablets and the web, which newspapers have, for the most part, failed to monetize. There are exceptions, of course — most notably, The New York Times managed to turn significant profit in the third quarter of 2011 after famously erecting a paywall, and several other newspapers and magazines managed to turn nominal profits from their web properties. But they’re outnumbered by those who don’t, and by and large, the industry aphorism that going online means “trading dollars for dimes” — that is, that print advertising is generally worth about ten times as much as web advertising — still holds true, with many papers using their ever-decreasing print revenues to pay for the profit-sucking web operation. Simply put: As traditional print readers are increasingly drawn to tablets, the only piece of the pie that’s reliably profitable stands to shrink even more.

None of which is lost on newspapers. At the Association of Alternative Newsmedia’s annual web conference, held this January in San Francisco, fully half of the editorial sessions focused in some way on tablets; the same month, Editor and Publisher published an exhaustive article about the threats and opportunities presented by the technology, concluding that “one thing is for sure: tablets need to be recognized.” A few weeks ago, The Economist turned over the entirety of its digital strategy to its tablet guru, in what was interpreted as a symbolic gesture toward the technology’s importance.

But here’s the thing: For all the handwringing and all the discussion, no one appears to have figured it out. Some — like Wired, The New Yorker, and the majority of other glossy magazines — have dived headfirst into tablets, releasing slick, proprietary apps with specially designed and sold ads. Others — like, locally, the San Francisco Chronicle — seem to have merely repackaged their normal website for tablet dimensions. Still others — likely the ones that can’t afford programmers and app designers — have hung back, relying on their desktop sites and hoping that enough dimes will come in to make up for all those dollars lost. No publication, in any of those groups, appears to have found unequivocal success. Even The Daily, launched last year as an iPad-only magazine, has yet to turn a profit, according to Rue — which doesn’t bode well for publications that aren’t native to tablets. “Look,” said Rue, “there’s no silver bullet. If there was, everyone would have jumped on that bandwagon a long time ago.”

Even so, he’s optimistic. “The question isn’t, what threat do these present for newspapers, it’s what opportunity do they present?” Rue said. “It’s like Darwin: It’s not the strongest that survives, it’s the one most adaptable to change.”

For a Good Time …

Music to Slay to