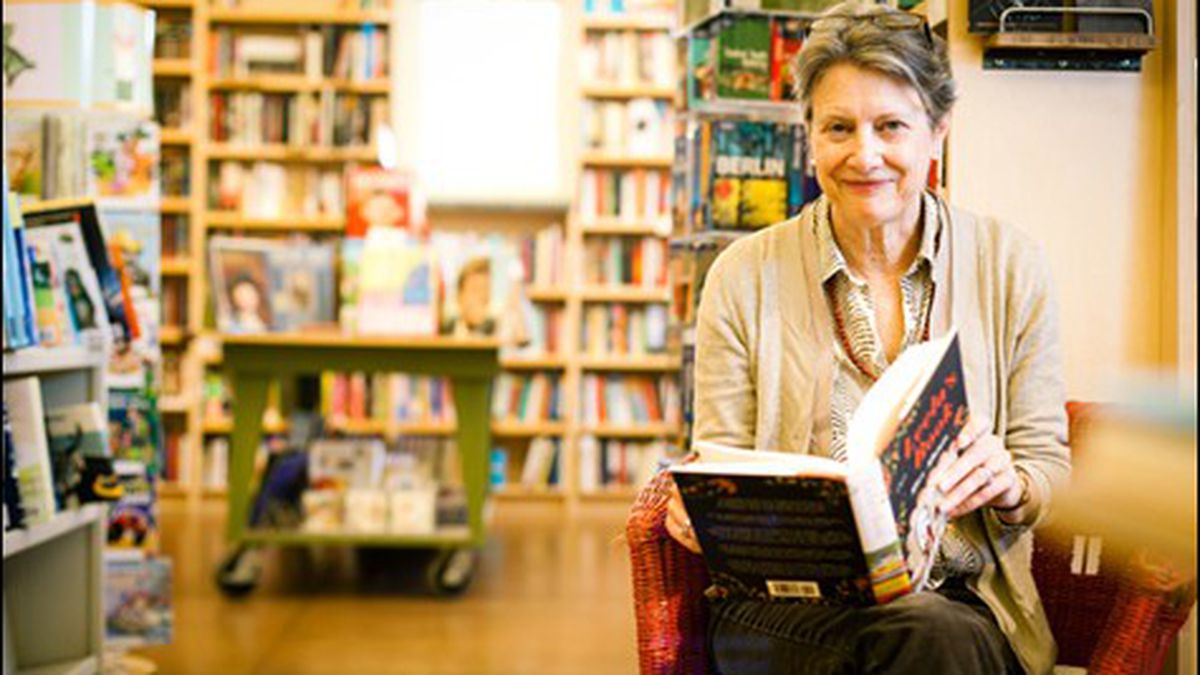 The New Threat to Independent Bookstores

Now that chain bookstores are no longer a worry, indies are turning their attention to e-books.

Over the past three decades, independent bookstores have faced a series of competitive threats. First, came the rise of chain bookstores, followed by the explosive growth of online giant Amazon.com. But when chain bookstore Borders filed for bankruptcy a year ago, independent booksellers in the Bay Area did not sigh with relief, nor did they toast to the newfound power and glory of the indie. That’s because there’s a new threat in town: e-books.

In 2011, sales of print books in the United States dropped 9 percent from the previous year, according to Nielsen BookScan. E-book revenue, meanwhile grew an astonishing 1,274 percent from 2008 to 2010, according to a Bookstats study.

Amazon is the biggest seller of e-books, and controls the largest percentage of the e-book market. In fact, it now sells more e-books than print books — 105 e-books for every 100 print books sold. Yet e-books represented only 5.2 percent of IndieCommerce sales at independent bookstores last year. More ominously for independent booksellers, e-books have become increasingly popular for readers between the ages of forty and sixty — the traditional bookstore demographic.

Amy Thomas, owner of Pegasus bookstores in Berkeley and Oakland, laughed when asked if chain stores were still a serious threat to her business. “What a quaint threat chain stores turned out to be,” she said.

John Wilkins, a literature professor at California College of the Arts, is someone who would normally shop at a bookstore. He also wants to support indies, like Diesel in North Oakland, but he likes the immediacy of e-books. “I want to be able to get books instantly,” he explained. A lover of rare books, Wilkins dreams of a Kindle made of paper that would smell like a book while also allowing him to download and carry all the books in the world.

Indie bookstores like Pegasus do not have staff or resources to sell e-books like Amazon. But Google does. Last year, the American Booksellers Association announced that independent bookstores would partner with Google to sell e-books. This means that someone with a SonyReader or an iPad — any tablet that isn’t a Kindle — may go to any independent bookstore’s website and download a book through Google. The bookstore then gets part of the proceeds.

The problem is that not many people seem to know that they can download e-books at an independent bookstore’s website. Mrs. Dalloway’s, a bookstore in Berkeley’s Elmwood District that specializes in selling gardening goods and books, tried enlisting its window mannequin, dressed in lace-up boots and a flowing skirt, to do some advertising for the store’s Google e-books. The mannequin stands in the store window, holding a laptop and a sign that informs customers they can buy e-books at Mrs. Dalloway’s. But the display hasn’t had much success in helping e-book sales. “It’s amazing how hard it has been to get the word out,” said Marion Bundy, co-owner of Mrs. Dalloway’s.

She’s not alone with that problem. Thomas, the owner of Pegasus, said: “As soon as you figure out a way to let customers know we sell e-books, you let me know.”

John Evans, co-owner of Diesel bookstores in Oakland and Berkeley, has tried putting up signs and advertising in newspapers for Google e-books. Otherwise, he’s content to have sold a few e-books so far. He signed up for Google e-books because he thought it would have been ridiculous not to. “America is about hopping on the bandwagon,” he said. “We can’t fall behind.” He thinks he’ll see a serious increase in e-book sales at Diesel this year. But he also believes e-books will never replace physical books.

One idea that’s becoming increasingly popular among booksellers and publishers is bundling. It means selling a print book and pairing it with an e-book of the same title. According to Verso Survey, avid readers exhibit “split purchasing behavior.” This means they patronize all kinds of book retailers: online, chains, and indies. They might be drawn to the idea of being able to have a hardcover to read in the bathtub or pass onto their children along with having a discounted, lightweight e-book for BART. Plus, bundling would solve the booksellers’ advertising dilemma.

Others, however, are less optimistic that e-books can ever be sold successfully at independent bookstores. Doris Moskowitz, the owner of Moe’s Books, has completely given up on the Google e-books idea. “People on the Internet have no loyalty,” she said. “They want to buy their e-books off of Amazon.”

Instead of relying on customers going to Moe’s website to buy e-books, she’s been selling print books directly on Amazon’s website. While the Kindle has stolen some of Moe’s customers, Moskowitz added that Amazon has also helped Moe’s survive. Moskowitz uses Amazon to sell rare, collectible, and expensive books all around the globe. There might not be a Berkeley resident who wants that rare book about the history of Utah, but if a Utah resident wants it, he or she can buy it on Amazon, with proceeds going back to Moe’s. In fact, 20 percent of Moe’s’ sales take place online.

Independents also have an advantage over e-books and online retailers like Amazon: the bookstore experience. Only in a bookstore can you browse through aisles, accidentally discovering Finnegan’s Wake when all you thought you wanted was The Hunger Games. Bookstores are social, tactile, and personal — traits that the online world does not possess.

There also might be reason for hope for the expansion of e-books at independent bookstores. After five of the major publishing houses made a deal with Amazon to set their own prices, e-book at both indie booksellers and on Amazon cost the same. Thus, indies can compete without fear of Amazon underselling them. “Amazon has been gnashing their teeth about that,” Thomas said.

Plus, after a long battle, Amazon is scheduled to begin collecting sales taxes from customers for the first time in California on September 15, which will help level the playing field for indies. Amazon’s staunch opposition to sales taxes at a time when cities, counties, and the state have been slashing essential services also appears to have unleashed a backlash against the online giant. And the outrage seems to have helped local bookstores. Many Bay Area bookstores saw an increase in sales during the last two quarters of 2011 compared to the previous year. At Mrs. Dalloway’s, holiday sales were up 20 percent from 2010. For the year, sales were up 10 percent.

Bundy said or she has customers who drive from great distances and come into Mrs. Dalloway’s declaring that they refused to buy from Amazon anymore. &#8;

The Great Contradiction of 2014