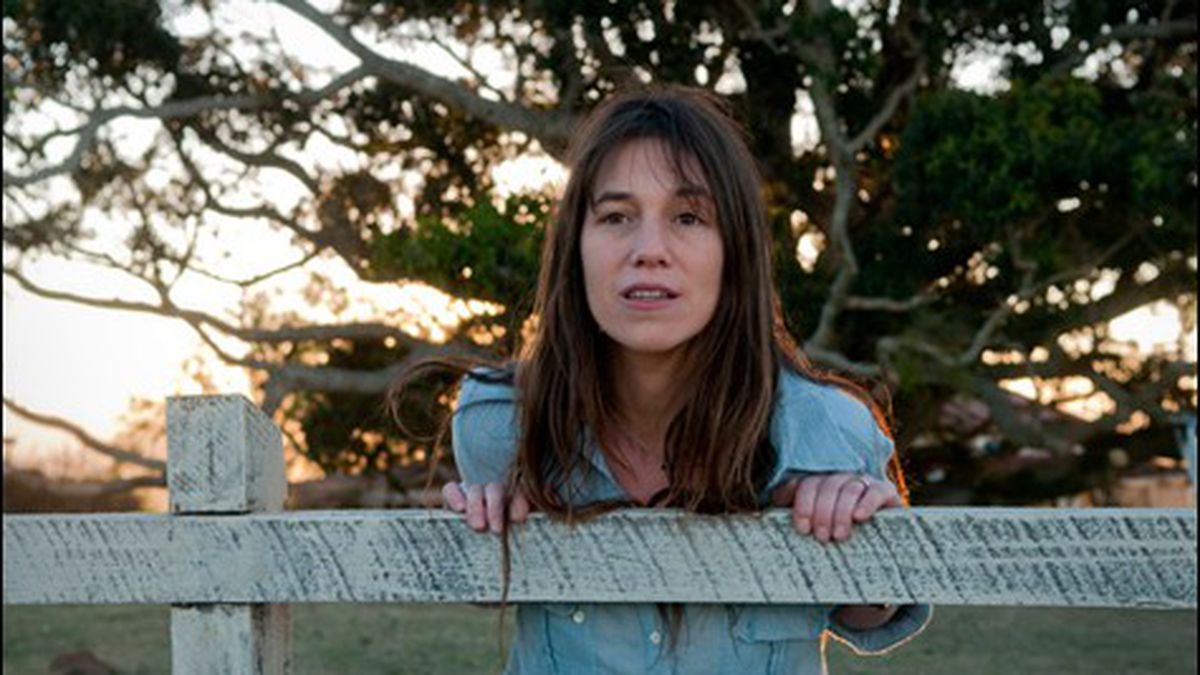 A recently widowed woman and her children are haunted by the spirit of her late husband, which has seemingly entered into an enormous tree that overhangs their house and now threatens to take over their lives. Not the most promising outline for a serious drama of interpersonal relations — it sounds like the premise of a horror quickie. But Julie Bertuccelli’s The Tree is more than just an object lesson in the dangers of judging a movie by its externals. It’s one of the best films of 2011, a rare family story that justifies every ounce of its warmth and sincerity, and demonstrates once again the earthy vitality of actress Charlotte Gainsbourg.

Like all the most terrifying fairy tales, The Tree begins sweetly enough. The O’Neill family lives under the sheltering tree — a sprawling Moreton Bay fig — in a classic Australian farm house, a bit of a rambler with the customary veranda, in the Queensland countryside near the town of Boonah. Dad (actor Aden Young) is a trucker and lumber yard worker who moves houses, and Mom, whose name is Dawn (Gainsbourg), minds the four kids. When tragedy strikes, Dawn and the children fall into a kind of slow-motion choreography of grief, and time hangs suspended.

Everything seems to go into a trance except for the tree. Its drought-starved roots invade the drains and spread into the roadway, and its branches seem to reach out for the family, as if Dad’s soul were radiating from the spot where his truck came to rest against the trunk that afternoon. On sleepless nights, Dawn talks to the tree and the rustling leaves answer back. Her eight-year-old daughter Simone (played marvelously by bright-eyed newcomer Morgana Davies), a little girl with a woman’s wisdom, builds a tree house shrine in the boughs. One night, a huge limb comes crashing through the roof over Dawn’s bedroom — she misses death by a few seconds, and chooses to sleep in the tumbled-down foliage, roofless, for a few days before arranging repairs.

Clearly the family feels the touch of the supernatural, and yet there’s a strangely comforting tone to their routine as the tree slowly, steadily embraces the surviving O’Neills. They move on. Dawn takes a job at the local plumbing fixture dealer and befriends the amiably bashful boss, George (Marton Csokas). Eldest son Tim works at the lumber yard. Baby Charlie hardly ever talks.

Director Bertuccelli, adapting Judy Pascoe’s novel Our Father Who Art in the Tree with writer Elizabeth J. Mars, wraps the potentially maudlin situations in what can only be called a naturalistic maternalism that’s as un-precious as the family’s messy living arrangements. Dawn and her brood thrive precariously under the tree.

Audiences justifiably might hasten to draw parallels between The Tree and Terrence Malick’s The Tree of Life — the two films resemble one another in more than their titles. But for us the rhythms of the O’Neills’ lives recall Jean Renoir’s The River, a child’s-eye view of growing up in British colonial India. In both Renoir’s and Bertuccelli’s visions, humanity refuses to stand apart from the rest of nature, and the presence of death, as well as the afterlife, is seen as a natural continuity, no more to be obsessed about than a cyclone, a cobra in the garden, or a nosy neighbor. Grégoire Hetzel’s gorgeous music reinforces that basic tranquility.

By now it should be obvious that Gainsbourg is one of international cinema’s most versatile portrayers of characters, as well as one of its most adventurous. Ever since her breakthrough role at age seventeen in Claude Miller’s La petite voleuse, Gainsbourg has overcome the disadvantage of having cult-hero parents — singer/songwriter Serge Gainsbourg and actress Jane Birkin — by choosing roles as if she were playing Russian roulette. Whether a film was a dud (21 Grams, Antichrist) or a revelation (I’m Not There, Golden Door), we couldn’t take our eyes off Gainsbourg. Now, at age forty, her skittish sensuality has relaxed into the calm, centered femininity on display in the figure of Dawn O’Neill. She and filmmaker Bertuccelli understand each other right down to the roots.

A Life in the Blues, From Oakland to Memphis