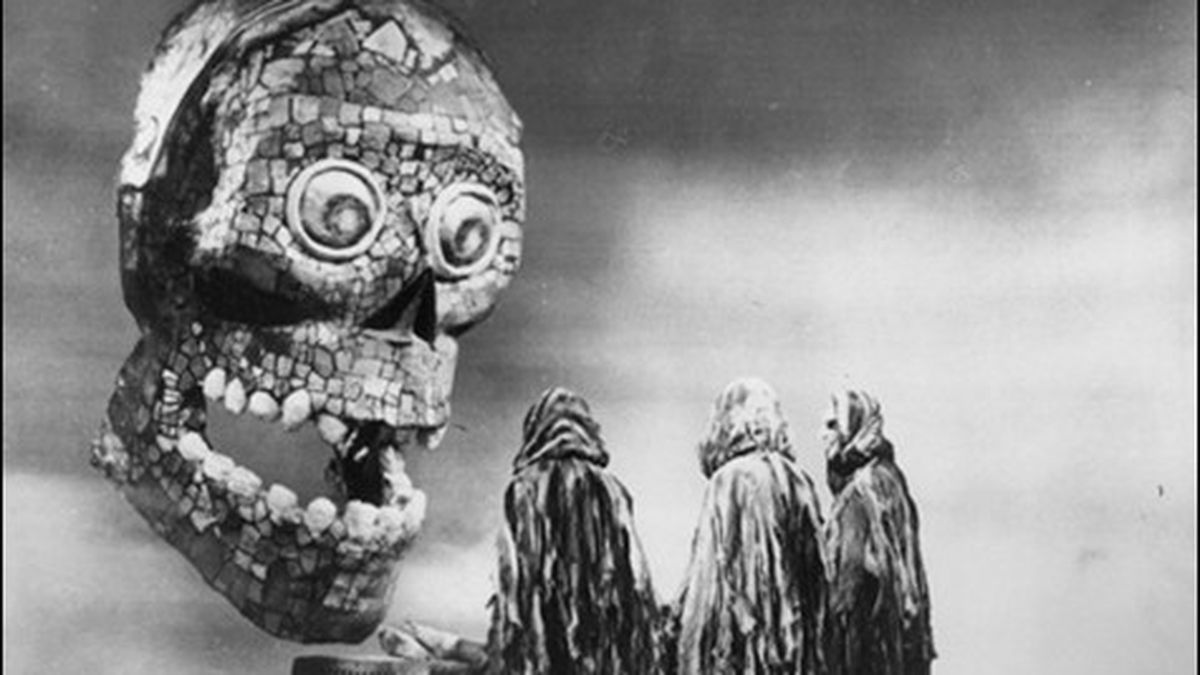 The Trashy Attraction of the Trailer

There’s a scene in William Castle’s 1960 cult film 13 Ghosts in which actress Jo Morrow can be seen lying in bed in a negligee, her hands clasped tensely against her chest and her face frozen in terror as she watches a cobwebbed, ghoul-like figure move about her bedroom in the (clearly haunted) mansion left to her family by a late relative. Morrow’s horrified visage is precisely what Steve Seid, the Pacific Film Archive’s video curator, hopes to elicit from audience members during a one-off screening of Trailer Trash: A Mini-Movie Extravaganza, a ninety-minute fusillade of forty movie trailers played back-to-back.

Culled from the PFA’s film collection and tediously whittled down from several hundred trailers from the Fifties and Sixties, Seid’s eclectic compilation merges teasers for gaudy thrillers and campy comedies with others for blockbluster films like Stanley Kubrick’s Lolita. It might be the only time you’ll get to watch in rapid succession Don Knotts declare, as the cringe-worthy Abner Audubon Peacock in The Love God?, “I am cursed with an abnormal sexual magnetism for women”; a sultry Zsa Zsa Gabor imprison hapless male astronauts in The Queen of Outer Space; and the infamous Scream shower scene.

To be fair, there’s a good reason movie trailers aren’t typically treated as films unto themselves. Regardless of the content or caliber of the movie being promoted, trailers often rely on the same flashy attention-grabbing techniques common in commercials and other advertisements. Art tends to be subverted by commerce. “Even a wonderful film that doesn’t require the hard sell gets the same kind of leveling exaggeration as a terrible film,” Seid explained. So it’s no surprise that previews can feel a bit superfluous to moviegoers — a useful sneak-peek at upcoming films, sure, but also an opportunity to dash out of the theater for a last-minute bathroom break or a bucket of popcorn, or even an excuse to show up late altogether.

Even as curator of the veritable trailer trove, which screens on Friday, June 8, at 8:50 p.m., Seid has no delusions about the virtues (or lack thereof) of the medium. Still, he finds something endearing about their embellished character. “I’ve always appreciated the kind of hyperbolic nature of trailers,” he said. “Typically, they exploit the film for the most incendiary and gratuitous moments, so they’ll pull out the funniest lines or the biggest car chases or the most ridiculous explosions and give you the impression that the entire film is somehow punctuated by these enormous things.”

So what will it be like to view such mini-movies en masse? “It may be a bit brutal,” Seid said, somewhat devilishly. “The only interruption will be when the medics are called in.” Whether or not the screening induces heart attacks, seizures, or any other maladies, at least one thing is certain: You should definitely arrive in time for the trailers. $5.50-$9.50. 510-642-0808 or BAMPFA.Berkeley.edu