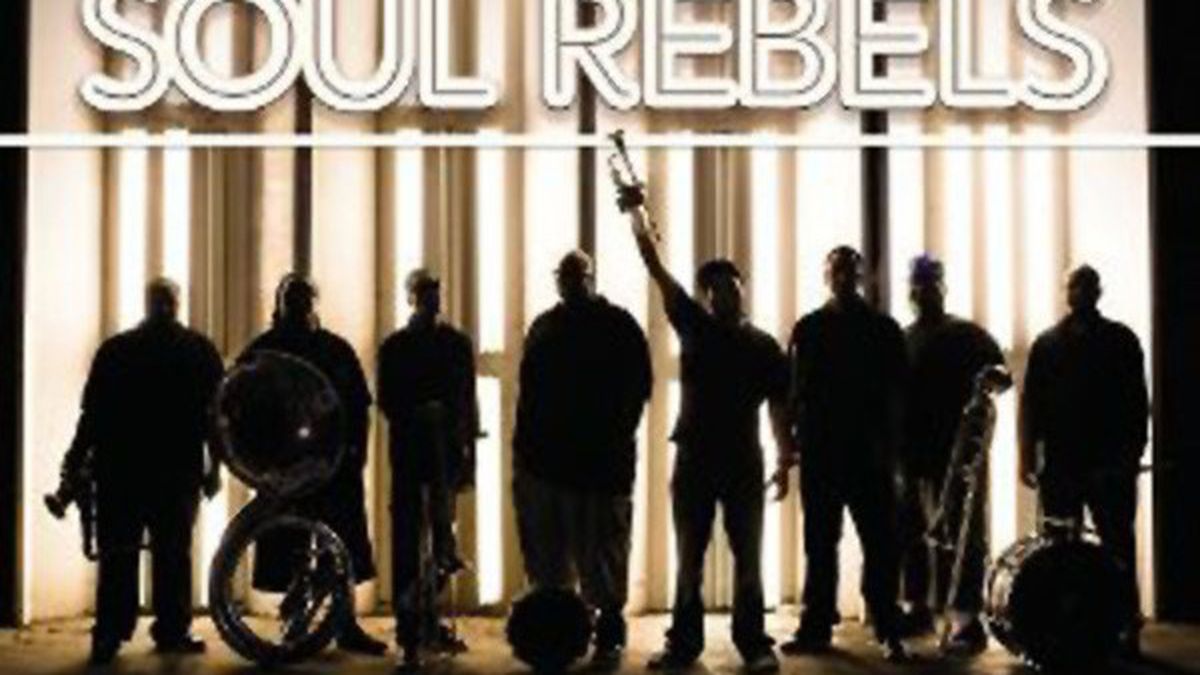 The lineage of New Orleans’ brass band music is a long and rich one, but without young(er) upstarts to pump fresh blood into it, even the most vibrant tradition can slip into decline. No chance of that, thanks to the Soul Rebels, an octet of horns and percussion. They embrace their city’s time-honored marching band sound but infuse it with funk, hip-hop, and even metal. (The Soul Rebels opened for Metallica two nights of the veteran band’s thirtieth anniversary show at The Fillmore in December, joining in for a closing jam on Metallica’s “Seek and Destroy.”)

While Unlock Your Mind is the Rebels’ sixth album, it’s the band’s first on a major label, and it conveys the breadth of the members’ abilities. Purist-types may wince. While Crescent City jazz is at the heart of the Rebels’ style, there are no overt concessions to roots-consciousness. No renditions of gems by such N’awlins icons as Louis Armstrong or Sidney Bechet — The Soul Rebels take hits by Eurythmics and Stevie Wonder (“Sweet Dreams Are Made of This” and “Living for the City,” respectively) and transform them into ebullient, strutting party music. (“Sweet Dreams” does, appropriately enough, begin as a solemn dirge.) Allen Toussaint’s “Night People” is a tribute to New Orleans’ R&B history, but horns growl with a soulful swing, and drums crackle with cadences reflecting glorious brass music rituals.

The Soul Rebels seek not to maintain brass band history; they’re out to make some history of their own that’d stand with their town’s best. (Rounder)

Imagine a World With No Toilet Paper