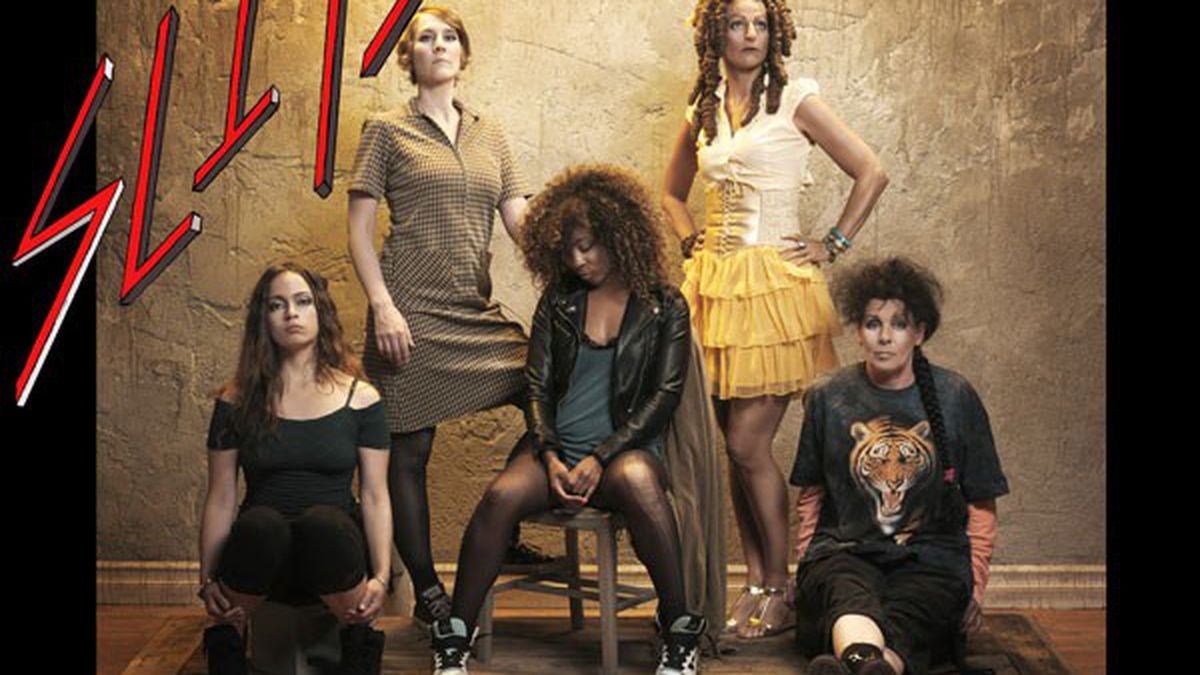 The Go-Go’s, L7, the Donnas, and a few other bands made strides
regarding serious acceptance of all-female by critics and audiences,
but the prototype for wild musical gals that honestly didn’t give a
shit if anyone “accepted” them or not was the Slits. They formed in
Britain in 1976 and by ’77, armed with more gumption than technique,
they’d landed a spot on the Clash’s White Riot tour of England.

By the time of their first studio album Cut (1979), the Slits
had for the most part supplanted unfocused punk fury by heavily
rhythmic roots-reggae with a satirical and feminist sensibility. By
1981’s Return of the Giant Slits, they’d fully embraced Jamaican
dub, African sounds, and hints of the avant-garde. Then they disbanded.
The present Slits, featuring original members Ari Up and Tessa Pollitt
and new additions Hollie Cook (daughter of Sex Pistols drummer Paul
Cook), Adele Wilson, and Anna Schulte, are back and picking up where
they left off, albeit absorbing some hip-hop influences. They’re still
angry, bless ’em: “Ask Ma” takes on men bringing their “mother” issues
into relationships, “Issues” is about breaking cycles of abuse, and
“Peer Pressure” is about just that and the influence of media on the
young. Ari Up’s vocals (likely an influence on Björk, btw), while
smoother with age, are still exultant and vinegary, the Jamaican
rhythms are deep, righteous, and entrancing, and the spacey crackle of
dub adds spice to their already heady stew. Also, “Cry Baby” is a
sweet, soul-drenched slice of velvety lovers’ rock. Welcome back,
ladies. (Narnack)

Facebook
Twitter
Linkedin
Previous articleYour Daily Lick: The Chills
Next articleNew Bay Bridge Fix to be “Very Similar” to the One that Failed