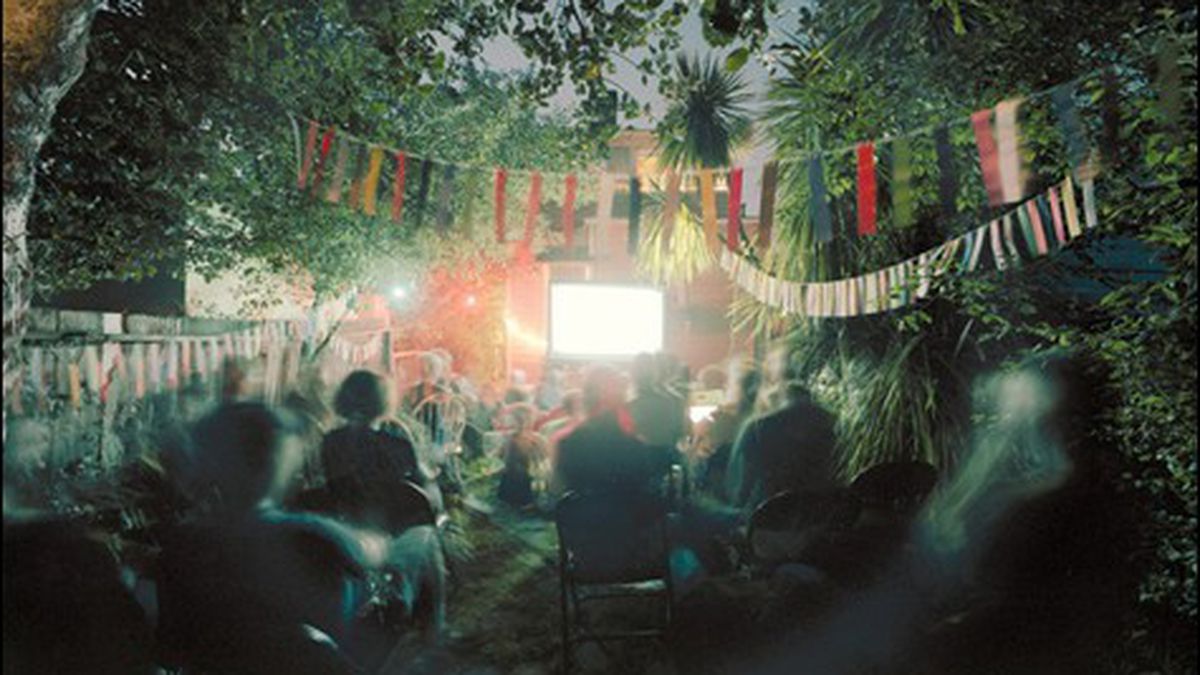 The Skinny on the Long Day Short Film Festival

An Alameda film festival keeps it succinct on the summer solstice.

The longest day of the year, in the northern hemisphere at least, is the summer solstice on June 21, when the sun reaches its highest elevation in the sky. It’s also the day of the Long Day Short Film Festival in Alameda, where, in a nod to the occasion, none of the films featured exceed 6 minutes, 21 seconds. The shortest clocks in at 1 minute, 18 seconds, and this year’s entire screening of more than two-dozen movies will take less than an hour.

“We chose the day of the summer solstice mostly because the idea of screening short films on the longest day of the year was ironically humorous,” explained co-founder KC Skinner, who held the first short film fest in 2008 in the backyard of the Alameda home he shared with his wife, Randi Hansen. The couple — along with their friends Patrick Stockstill, Justin Austad, and Ted Folstad — were moved to start a film festival by the increasing availability of technologies that make it relatively easy for anyone with a camera and an idea to collect and edit video footage. All five of the event’s founders had a background in either graphic design or illustration, and “filmmaking seemed like the next challenging progression,” Skinner said.

In 2009, the fest moved to Stockstill’s Oakland loft, but experienced a yearlong intermission when some of the five found themselves too busy to keep it going. But this year, Colin Blake and Mark Farrell, both Alameda residents and friends of the fest’s originators, put their organizational skills to work to revive the event. Farrell proposed moving it back to Alameda and housing it at a more accessible, public venue.

Farrell said that after the Alameda Theatre turned down the opportunity to host the fest, he propositioned an owner of one his favorite local hangouts, the Forbidden Island Tiki Lounge (1304 Lincoln Ave., Alameda). The bar’s proprietor liked the idea, and agreed to hold this year’s event under a large tent in the bar’s parking lot. Farrell called the arrangement a perfect fit. “Something about it being the longest day of the year and having it at Forbidden Island — and Alameda being an island — there’s something great about starting off the summer on an island in a tiki bar,” he said.

Aside from the cleverly conceived time constraint placed on the films, the organizers accepted submissions from moviemakers of all calibers. Consequently, the movies featured this year range from amateur productions shot on cell phones to animated shorts churned out by professionals, with more than half of the thirteen selections credited to local filmmakers. One film, Breakfast with Bukowski is an animated short by Greg Runnels that played at this year’s Sonoma International Film Festival. Another selection succinctly tells the story of a woman who perpetually hogs blankets from her boyfriend. “The quality of a film is not about having the most expensive equipment.” Farrell said, “It’s about having the creative drive or ability to make or edit something that’s enjoyable to watch.” 7 p.m., $5-$10. LDSF.tumblr.com