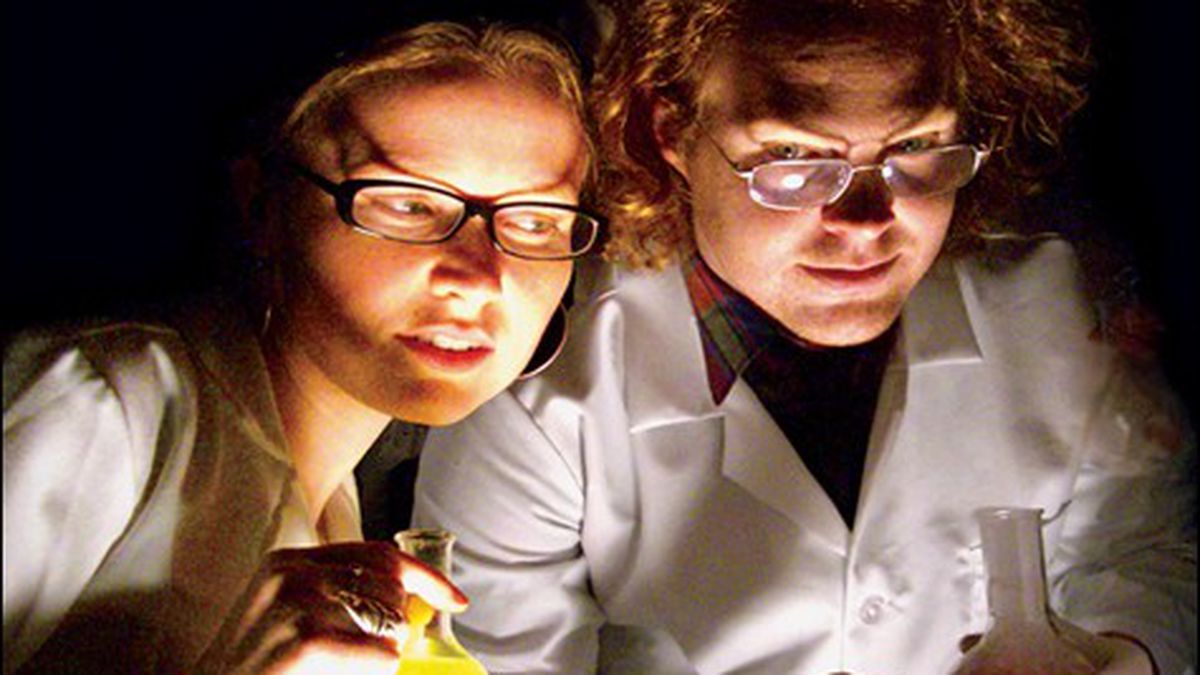 The Science and Art of Partying

If Damian Lanahan-Kalish, the driving force behind the motley artist collective Mishap Productions, could be considered any sort of scientist, he’d be a party scientist — because the man really knows how to engineer an experimental shindig. For evidence, one needs look no further than the prom- and science-fair-themed parties he threw in San Francisco a few years back. The second, more popular event was the Mishap Science Fair, which packed both the Mighty nightclub and the now-defunct 12 Galaxies club with a blend of live music and interactive, science-themed art projects — including a human-size “Polaroid” camera that employed pinhole photography to snap partygoers’ photos.

In this case, the term “science fair” is something of a misnomer in that the art was interactive and experimental but didn’t actually test a hypothesis. The events simply borrowed from elements of a grade-school science showcase to exhibit music and art in a less static format than it’s often presented and consumed. “I get pretty bored with gallery shows, and I feel like that’s probably true for a lot of people who aren’t really steeped in the art world,” said Lanahan-Kalish, who wanted to create for partygoers a pleasantly overwhelming experience similar to that of stepping inside the Exploratorium — except with live music and booze. “I really want to keep art and music playful,” he said. “And adults like to play too — they just like to play after a few drinks.”

In part because Lanahan-Kalish isn’t really a scientist, but in fact the co-organizer of a fledgling theater company who’s simultaneously working toward his bachelor’s degree at a nearby community college, the fair hasn’t happened since 2007. But he’s bringing it back on Saturday, September 22, to Geoffrey’s Inner Circle (410 14th St., Oakland), with two floors full of art, films, music, and mingling. Lab coats are encouraged, but not required (a relief, since Lanahan-Kalish noted that the garb is “strangely harder to come by than you’d think”), and an $8 door charge is waived for anyone who shows up bearing an exploding volcano, perpetual motion machine, or other science project.

It wasn’t too difficult for Lanahan-Kalish to assemble a group of artists willing to riff on the science-fair theme. Even within the Art Murmur and Burning Man scenes, he’s noticed a rise in technology- and science-based art. In addition to the returning Human Polaroid project, there will be installations like a wall of cassette tape innards orchestrated by local musician Ryan Beebe, which can be musically manipulated via a tape head wand; and the Sonic Touch Tactile Sound Wall, a large piece of textured fabric through which sound vibrations are sent to a person’s feet when touched with a special glove. That’s in addition to live music throughout the evening by Talking Heads-esque band James Call & Erotic Photo Hunt, the space-aged garage-rock outfit The Here, and more. Ages 21 and up. 8 p.m.-2 a.m. 415-308-9849 or MishapProductions.com