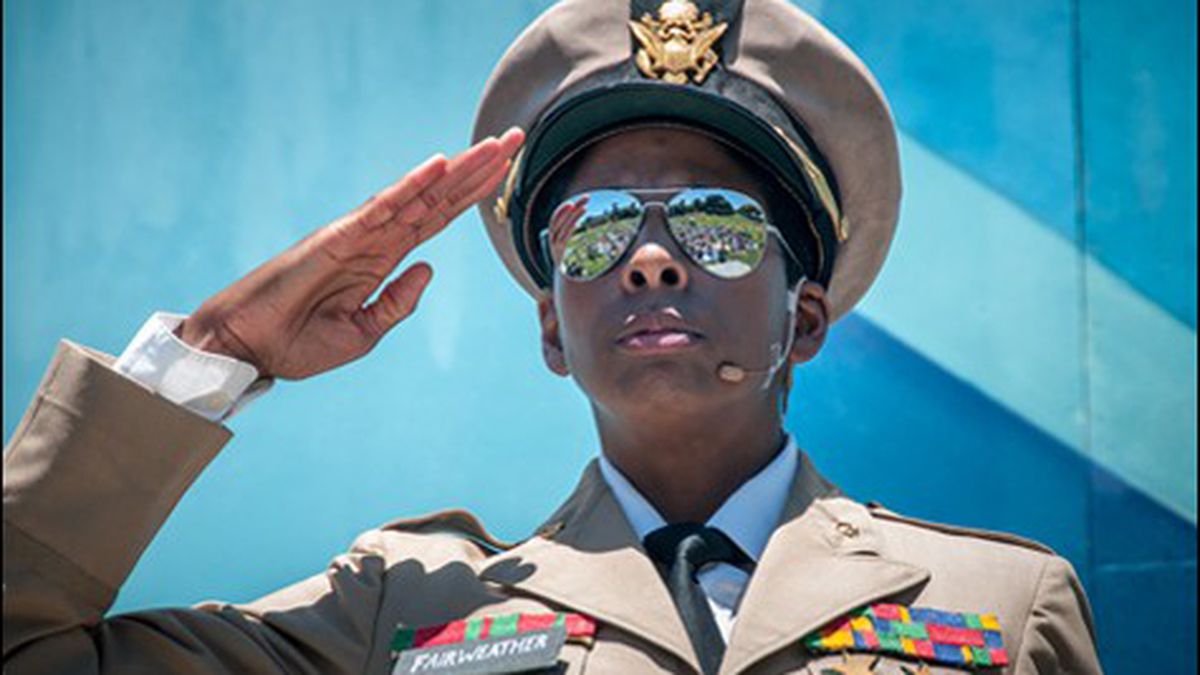 In its 53rd season the political theater group stumps for the 99 Percent.

A friend jokingly dubbed San Francisco Mime Troupe the “SF Mime Trope,” because the theater company relies on stock characters to get its messages across, and because its storylines routinely devolve into platitudes and homilies. In most cases, they’re easy to sum up: Big banks are bad. Collectivized labor is awesome. Corporate sponsorship begets mendacity. And this year, the slogan that’s successfully turned class disparities into an election issue: We are the 99 Percent.

Not that clichés are a bad thing, especially in cities that served as stages for the real-life theater of the Occupy movement. That’s the subject of SF Mime Troupe’s 53rd show, For the Greater Good, or The Last Election. It employs the usual caricatures: a pampered rich girl (Lisa Hori-Garcia), her indulgent father (Ed Holmes), a well-meaning but misguided heroine (Velina Brown), an eternally suffering mother (Keiko Shimosato Carreiro), and a cackling villain with an enviable talent for gaming the system (Victor Toman, appropriately clad in a Hawaiian shirt). This year’s hero was a particularly timely addition: occupier Damian Landless, played in a black cape and Chuck Taylors by the popular local actor Reggie D. White. He easily surpassed the deficiencies in Michael Gene Sullivan’s script, making the show a wonderfully engaging piece of leftist evangelism.

A likable cast is the linchpin of any good Mime Troupe show, since the sets are sparse. This year Sullivan kept his plot graciously simple (a welcome change for anyone who remembers his 2009 primer on the banking crisis). He asks us to cast our minds back to the halcyon days of 1987: Gas is cheap, taxes are low, and trickle-down economics have turned Wall Street into Easy Street. In the words of one ensemble member, “Life is freakin’ awesome.”

Enter Gideon Bloodgood (Holmes), the venal capitalist who has built much of his fortune on an embezzlement scheme, and who will proceed to drain the coffers of Captain Algood Fairweather (Brown). Fairweather dies suddenly after handing Bloodgood a giant check, intended for a trust account to help support his family. Absent a signed will or contract, Bloodgood squanders the money on personal indulgences and his daughter’s ballet lessons, pays hush money to Jack Badger (Toman), an extortionist who threatens to reveal the banker’s financial peccadillos (the exact nature of which are never quite clear), and lives high on the hog while leaving the Fairweathers without a penny.

Fast-forward 25 years and we’re at an Occupy tent city where Mrs. Fairweather (Carreiro) is serving cookies to the other protesters, among them an elderly, pauperized couple named Mr. and Mrs. Puffy (Toman and Hori-Garcia, respectively) and Damian Landless, who leads the General Assemblies. Lucy Fairweather (Brown) has returned from a stint in Afghanistan full of patriotic zeal and wide-eyed trust in the free market — ignoring her mother’s protests, she aligns with Bloodgood and becomes his unwitting political stooge. Meanwhile, Bloodgood’s daughter, Alida (Hori-Garcia) has scrapped her ballet slippers, studied social movements in France, and become a traitor to her plutocratic family. She absconds and joins Occupy.

That template was easy to understand, and it made for an engaging eighty-minute show when the Mime Troupe graced Mosswood Park on July 21, which felt like one of the hottest days of the year. Food Not Bombs passed out lemonade, scavenged pastries, and Luna bars, while audience members sat baking in the sun. White must have been uncomfortable in his cape, but he didn’t show it. The Mime Troupe band sat beside the stage, providing light-hearted music, all of it composed by bandleader Pat Moran. It began with a send-up to Eighties-era Wall Street, larded with catchy alliterative phrases: We are the denizens of daring, dignity, and determination/Purveyors of progress, investors in innovation, sang the ensemble. It was infectious.

In many senses, this year’s show was more accessible than previous Mime Troupe productions. White, whose Damian Landless character is actually an out-of-work drama teacher, approaches his occupier role with a kind of zeal that should ring familiar to anyone who ever graced the real General Assemblies at Frank Ogawa Plaza. Both Brown and Hori-Garcia make their roles borderline sympathetic, though neither provides a pure moral compass for the play. Best of all, For the Greater Good, or The Last Election is billed as a satire within a satire — Sullivan filched the plot from Dion Boucicault’s 1857 melodrama The Poor of New York and amplified the social justice element — which shows that, even with its earnest sermonizing, the Mime Troupe is still capable of creating multiple layers of irony. That alone makes it worth the trip to the park.