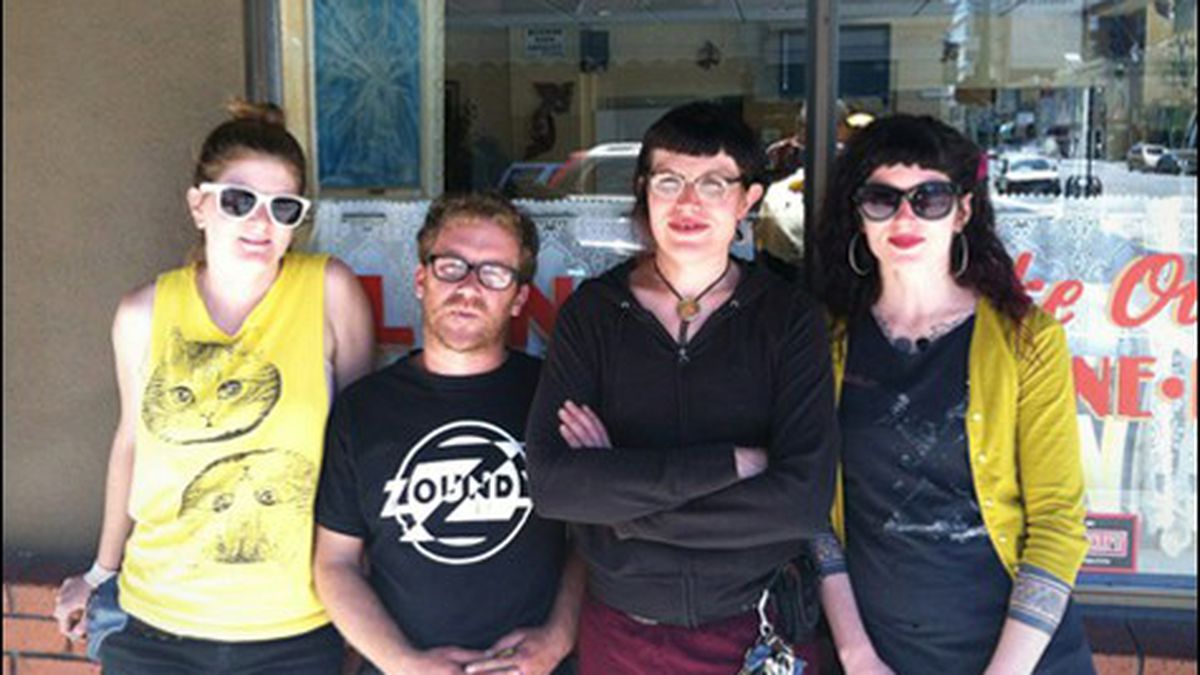 The Revival of Bay Area Ladyfest

Like so many young, radical feminists in recent decades, Vee Vee Renceria was introduced to feminism by way of punk rock, specifically the outspoken, politically charged lyrics of bands like Anti-Product and Crass. Renceria was fifteen when she started engaging in anarchist discussion groups and other DIY projects — and it didn’t take her long to realize that, even within those supposedly egalitarian circles, men tended to dominate the discussion. “I felt like my voice wasn’t heard a lot of the time,” Renceria lamented. “I wasn’t able to find a space dedicated to empowering women.” That void inspired her to help organize a Southern California version of Ladyfest — a feminist-focused arts and politics festival launched in 2000 in Olympia, Washington, that has since been replicated in cities as far away as Glasgow, Scotland.

When Renceria moved to the Bay Area late last year, she was flummoxed to find that a region so revered for its radical politics and DIY ethics hadn’t celebrated Ladyfest since 2004. “I can’t even explain how surprised I was,” she said. “When I thought about the Bay, it was really radical in my eyes. I was like, this needs to happen.” Because the festivals are run independently by volunteers, each exists only as long as there is a group of organizers willing to make it happen. And so, after an eight-year hiatus, Renceria and a small group of women decided to bring Bay Area Ladyfest back. Now 21, she hopes it will provide a “safe space, free from oppression” for women, transgender individuals, and queer folks alike.

After months of serious planning, the festival will take place Thursday through Sunday, September 13-16, with four days of female-positive activities throughout Oakland and San Francisco. The fest kicks off with a film screening at OddBall Cinema (275 Capp St., San Francisco); moves to Oakland on day two for a workshop on polyamory with “radical love activist” Wendy-O Matik at the Rock Paper Scissors Collective (2278 Telegraph Ave., Oakland), followed by a female-fronted punk show at the Rec Center (1701 Martin Luther King Jr. Way, Oakland); and continues at The Holdout (2313 San Pablo Ave., Oakland) on day three for workshops on topics ranging from radical parenting to ‘zine making, followed by a hip-hop and burlesque show at ABCO Art Space (3135 Filbert St., Oakland). The fest finishes up at In the Works (17th and Mission sts., San Francisco), with a bike skill-share, a sex-toy-making workshop, and more.

It’s a sundry schedule of activities, to be sure, and that’s in part because Renceria and other organizers wanted to endear Ladyfest even to those outside the activist community. After all, much like vegans leafleting at an Earth Crisis show, such events run the risk of preaching to the choir. “The goal is to go beyond that,” she said. “Our goal is to also reach the people who have no idea what feminism is. It sounds really cliché, but if more young girls — and even men — got into feminism, our world would be so much different. We would totally respect each other in different ways.” Events range from free to $10. Visit BayAreaLadyfest.Wordpress.com for full schedule.