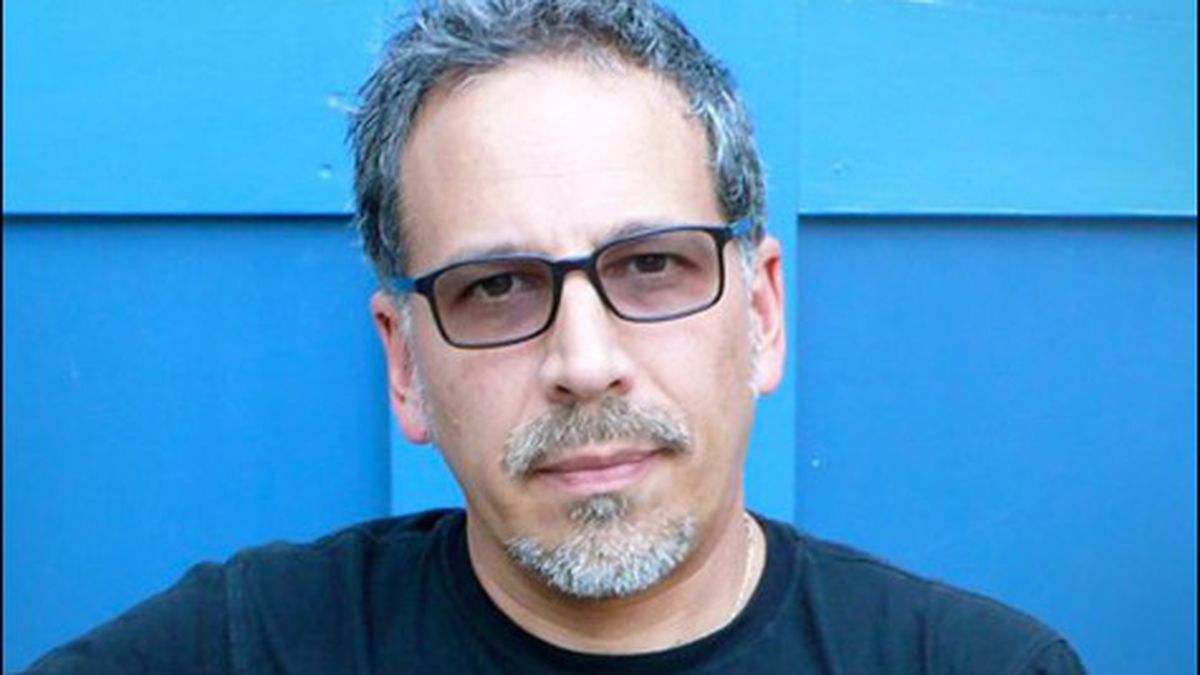 The Return of the Wild Wild West

Rubén Martinez used to live downtown, before he heeded the call of Desert America.

What do real estate, drugs, immigrants, and the desert have in common? Everything, according to Rubén Martinez. A journalist, poet, academic, memoirist, and soon-to-be resident artist at Stanford, Los Angeles native Martinez has a blood relationship with the American West. His attraction to the desert was inherited from his father, from Western movies, and from iconic memorabilia of this last frontier. As an adult, suffering from a predilection for, as he writes in his new book, “every substance deemed controlled by the D.E.A.,” he turned to the desert as a sanctuary and a place to get in touch with his roots. Journalistic sensibilities and poetic phrasing fuse to create Martinez’ rich memoir of his time there, Desert America: Boom and Bust in the Old New West: an exploration of a convergence of artists and concrete-jungle ex-pats who moved to the arid country to reconnect with the last great un-explored American frontier, and ended up unwittingly paving the way for the gentrified real-estate rush at the turn of the century. Martinez reads from the work at Books Inc. (1760 Fourth St., Berkeley) on Tuesday, August 21.

It all started with a mirage of sorts. “My first vision of the desert was … an artistic representation of it,” Martinez recalled. “A diorama that hung in my grandparents’ house in Los Angeles, of a classic western sunset, like a postcard, with the sun setting behind the cactus. It was kitschy but quite pretty.” The image stayed with him, even through a period when the West was no longer in fashion. But curiosity and a survival instinct kicked in around 2003, sending Martinez on a quest. “As a kid I just saw horses and vistas, and as an adult I saw the complexity.” Over the years, he said, migrants were pushed into the most remote deserts, the most deadly, the ones with the least water. Today, the immigration battlefields are the deserts straddling California, Arizona, and New Mexico. “You have the phenomenon of Mexican and … indigenous migrants crossing the Native American reservations, and Native American Americans being thrust into the immigration drama, and facing the dangers involved in smuggling.” These dangers increasingly include drug trafficking, as humans and narcotics are smuggled together. “I’m struggling with addiction even as I’m seeing its devastation all around me and the completely bloody drug war that’s infused the lands with its bloodiness,” Martinez said. “Those two motifs are at the center of the book.”

Fleeing tempestuous, pricey metropolises like Los Angeles and Mexico City, Martinez and artistic cohorts like Fred Drake and performance artist Elia Arce followed the path set by D.H. Lawrence to Twentynine Palms, near Joshua Tree, and to Velarde, New Mexico, outside Taos, where homesteads meant run-down rentals for $200 a month. But as word spread that these outposts were ripe for the picking, realtors caught up and spread the hype, selling romantic images of the West — carefully omitting Hispanic and Native inhabitants, drugs, violence, and poverty — as an idyllic retreat to be had for pennies. They built it up, people came, and we all know the rest. Boom, bust, retreat.

“What’s happening in the desert is a deeply American story,” Martinez said. “There’s something there that encapsulates the American history of race and class. … I just can’t imagine, having grown up the way I did, not doing something about the desert.” 7 p.m., free. 510-525-7777 or BooksInc.net