.The Race for State Senate District 9 Is Leaning Left

The race for state Senate District 9 pits liberal against liberal. 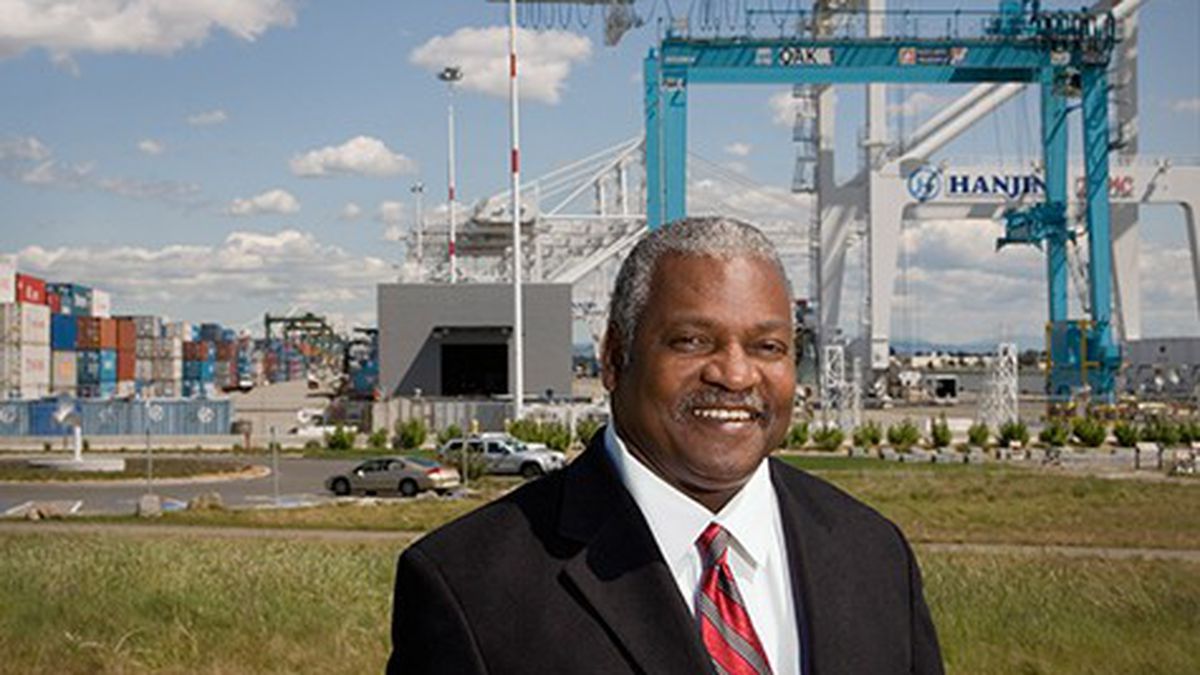 Regardless of how voters split hairs between the far left ideologies of the top two candidates running for California’s Senate District 9 seat — former assemblymembers Sandré Swanson and Nancy Skinner — the East Bay will most likely be sending to Sacramento one of the most progressive members of the next legislature. That is, unless two underdogs — moderate Democrat Katherine Welch and Republican San Pablo Mayor Rich Kinney — can win big upsets and deny a Swanson-Skinner rematch in the fall general election.

At the district’s center are the cities of Oakland, Berkeley, and Richmond, places where voters strongly identify with progressive politics. And the largest cities in the district—Oakland and Berkeley—have the smallest percentages of registered Republicans in the entire state with around seven percent.

Amid concerns among some Democrats that the legislature is heading in a moderate direction, in many ways District 9 represents an opportunity to yank it back to the left. “Progressives from Senate District 9 are a different slice of bread,” said Mario Juarez, a member of the Alameda County Democratic Central Committee. “I dare say that not even San Francisco has these types of hyper-progressives.” The importance of the district, said Juarez, is that elected officials from the East Bay can wield tremendous influence in statewide politics. “A strong senator from Alameda County helps influence the machine at the state level. You want to be governor? You need Los Angeles and Alameda Counties,” said Juarez. “We hold more influence in many more ways than anyone can imagine.”

Swanson and Skinner have been trumpeting this exact message on the campaign trail over the past few months, rallying East Bay voters with the prospect of sending a progressive to Sacramento who can pull the legislature leftward and possibly do bold progressive things to address the housing crisis, advance environmental goals, fix the region’s broken transportation system, among other big lifts. Swanson and Skinner both have extensive resumes. Each served six years in the Assembly. Their terms overlapped four of those years. They’ve championed many of the same issues.

Since then, Swanson and Skinner have done a bit more to distinguish themselves in the eyes of voters. Two weeks ago in San Leandro, Swanson looked dismissive as Skinner voiced her list of legislative accomplishment before rolling his eyes.

Skinner is a political prodigy who started her public service career as the only UC Berkeley student ever elected to the Berkeley City Council. She’s run her senate campaign largely by touting her record of accomplishments. As an assemblymember, Skinner expanded access to rooftop solar panels, against strong opposition from PG&E and other utilities. She also closed a loophole in the assault weapons ban. Perhaps her most far-reaching accomplishment was in the area of tax policy: Skinner forced online retailers such as Amazon to collect state sales taxes and remit them to Sacramento’s treasury. “We now have a billion more dollars coming into our state, for schools, for our health care services,” said Skinner at a recent public forum in Alameda.

Swanson, though, is banking his candidacy not on the full breadth of his record in the assembly but instead on one specific set of votes. In 2009, Swanson voted against the bipartisan state budget compromise that imposed steep cuts to social services for the poor, seniors, and children. The deal also included the dissolution of local redevelopment agencies, a policy that has hit cities like Oakland and Richmond extremely hard, taking away millions previously used for economic development programs and affordable housing. Swanson, at the time, called the budget deal a violation of progressive principles. But the budget bill passed, even without Swanson’s vote. Then Assembly Speaker Karen Bass stripped Swanson of his valued committee chairmanship in response to his refusal to line up behind the budget compromise.

“One of the things that I can point out over the course of this campaign is a complete record of progressive service,” said Swanson at the Alameda forum.

“The issue of housing and redevelopment came up for a vote, I’m the only candidate in this race that voted to save redevelopment because I knew we were facing a housing crisis. I thought that was a progressive position to do that,” said Swanson. “Now we face a housing crisis and Sacramento made an enormous mistake when it stopped redevelopment. It’s one of the tools cities could use to develop affordability.”

At nearly every campaign event, Swanson punctuates his message with an uncommon pitch to behave as an uncompromising public official. In a district uncommonly skewed toward a polar end of the political spectrum, Swanson’s position could bode well in the June primary, which typically comprises the party’s base voters whose views are more progressive than the general electorate. “I was representing this district in a way that didn’t offer any compromises on the things that were important to the constituency. So, what I think my candidacy offers is more of the same of that.”

Swanson’s push for ideological purity has put Skinner, assuredly the most progressive candidate in every other district outside the East Bay, on the defensive during the early months of this campaign. “Clearly what you’re being offered here is some very progressive leadership in this senate race,” Skinner said, in response to Swanson. “I proudly say ‘no’ when it is appropriate to say no. In the budget descriptions my colleague gave of his voting, in that particular budget out of the five budget bills, I voted no on three of them. But at the time, in order for us to move the ball forward, we’ve got to be able to say yes. We’ve got to be able to get the votes to get the legislation through, and so I would describe myself as an operational progressive.”

From Katherine Welch and Rich Kinney’s perspective, Democrats in Sacramento have been anything but operational or functional. Welch is a first-time candidate from Piedmont with a background in statewide education reform. She is the daughter of corporate titan Jack Welch, the former chairman of General Electric. On the campaign trail so far, she has criticized the state’s lack of funding for education, and she routinely makes references to the stagnation of economic progress for many communities following the last recession. “Many of our communities are not benefitting from the economic recovery that we hear about so much in the paper,” Welch said earlier this month in San Leandro during a public forum. In addition, funding for the social safety net is being undermined by the state for other projects favored by special interests, she said. “My role will be to make sure the integrity of the general fund and money that goes to education and others areas that help serve the community will stay intact, and those that want to get their hands on that money are called out for doing so.”

Suffice to say, with two dyed-in-the-wool progressives and one moderate Democrat on the ballot, there is not much breathing room in this race for the Republican Kinney. But his views, and presence, are a quirky breath of fresh air. The soulful San Pablo mayor is a former pastor who sprinkles his moderate conservative opinions with spiritual affirmations. His white mane and long goatee makes him look like a cross between Colonel Sanders and Uncle Sam. Kinney is well-known among local Republicans for dressing up to promote patriotism. Two years ago he unsuccessfully ran for the 15th Assembly District, but this time around Kinney has brought a focus on transportation issues to the discussion.

Kinney thinks the Bay Area has to think outside the box to alleviate crowded streets and freeways that have become synonymous with the region. But his solutions veer toward science fiction. Kinney often talks about the HyperLoop project touted by entrepreneur Elon Musk, a conceptual transit system that could one day shuttle passengers across the state at extremely high speeds in pressurized capsules shot through a tube, as one example. Kinney even talks about flying cars. “Don’t put that in,” Kinney sheepishly said during an interview last month. “People will think I’m crazy.”