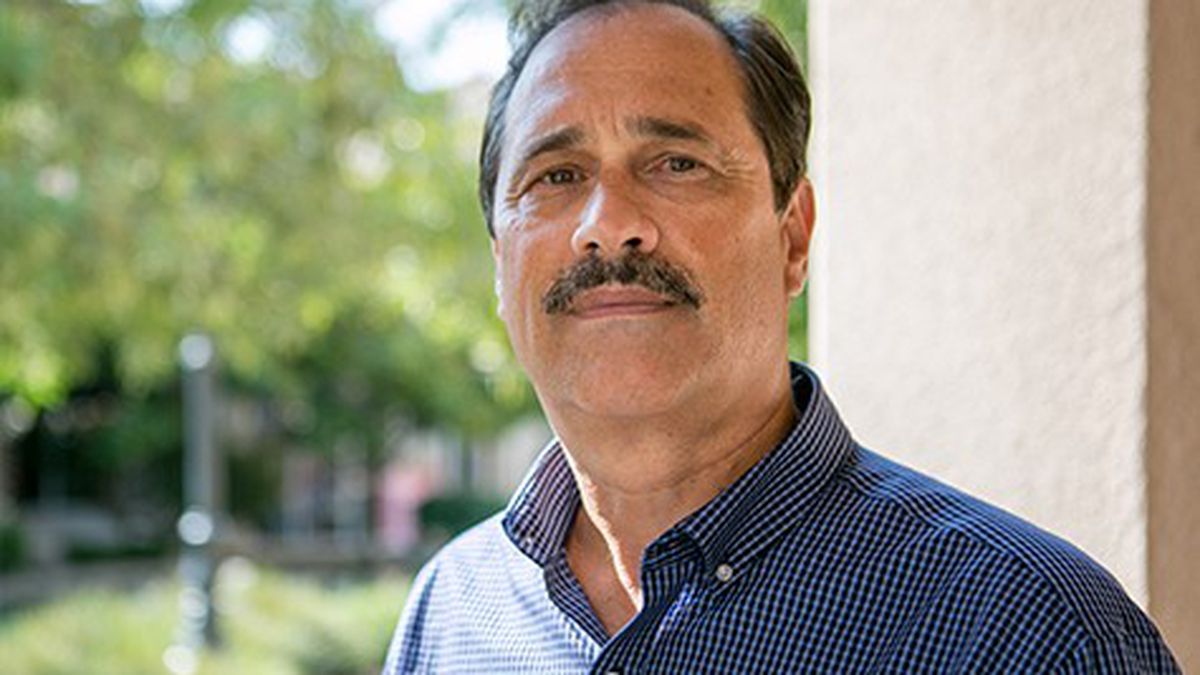 The Poison Pill of Proposition 46?

The ballot measure would help fight prescription drug abuse and assist low-income victims of medical malpractice, but it also would force all doctors to undergo random drug testing.

On October 26, 2003, a driver who was high on several prescription drugs crashed onto a sidewalk in Danville, killing ten-year-old Troy Pack and his seven-year-old sister, Alana. The driver, Jimena Barreto, who was ultimately convicted of murder, had received thousands of painkillers from multiple doctors at the same hospital. The prescribing physicians had apparently failed to review Barreto’s history of using pain meds or verify whether her symptoms were legitimate.

Since that tragedy, Troy and Alana’s father, Bob Pack, has been fighting to block so-called “doctor shoppers” like Barreto from obtaining prescription drugs from numerous physicians at the same time. Pack has been working on several initiatives, including helping the state build an electronic database that catalogs narcotic prescriptions issued to California patients. Created in 2009, the system allows doctors to check a patient’s prescription history before giving out pain meds.

While the database — called the Controlled Substance Utilization Review and Evaluation System, or CURES — could go a long way in limiting unnecessary and dangerous prescriptions, only about 8 percent of doctors in California use it, according to Pack. Proposition 46, one of the most controversial statewide ballot initiatives this year, would change that by requiring all doctors sign up for CURES and check the database before prescribing some of the most addictive narcotics. “I’m concerned about innocent people like my children being killed by a doctor shopper,” said Pack, who authored Prop 46. “This would have a huge impact on cutting down doctor shopping and reckless prescribing.”

But the proposal to make CURES’ use mandatory is only one part of the ballot measure, which is facing steep opposition from a diverse and well-financed coalition, led by the California Medical Association. Prop 46 would also increase the cap on pain-and-suffering damages in medical malpractice cases from $250,000 to $1.1 million. The third and perhaps most controversial part of the measure, especially for civil libertarians, is the requirement that all doctors in California undergo random drug testing.

Civil rights advocates argue that the physician drug-testing program would be unprecedented, overly broad, and a clear violation of doctors’ privacy rights. And so while the mandatory use of CURES could go a long way in curbing prescription drug abuse and overdoses by doctor shoppers — a cause that may resonate with many California voters, given the current narcotics epidemic — the provision to force doctors to undergo drug tests could prompt many liberals to vote against the measure. “This reflects a very dated, drug-war mentality that many voters are ready to reject,” said Natasha Minsker, associate director of the American Civil Liberties Union of Northern California. “Speaking to people about the initiative, we have found that voters are very concerned … about random, suspicionless drug testing.”

The irony is that proponents of the initiative say they added the drug-testing provision to the measure because they thought it would make the package of doctor accountability reforms more appealing to voters. Pack said the idea of drug testing physicians attracted significant support in focus groups. “In LA and Northern California, many people thought doctors were already drug tested. … Everybody really thinks this is where it should go,” he said. He said that, according to the internal surveys conducted by the Prop 46 campaign, 76 percent of likely voters support random drug tests for doctors.

If Prop 46 passes, California would become the first state to require random alcohol and drug tests for doctors, with a program that proponents said mirrors the testing that happens for pilots, bus drivers, and firefighters. Under the proposed system, when a doctor tests positive, the California Medical Board would be required to immediately suspend his or her license and launch an investigation. If the board determines that the doctor was impaired while on duty, it would then discipline the doctor. The board would also be required to take disciplinary action if a doctor refused to comply with a drug test. Prop 46 also requires that doctors report other doctors suspected of drug or alcohol impairment.

In addition, the measure would establish mandatory drug tests in the case of so-called “adverse events.” That term refers to a wide range of medical errors, including administering an incorrect medication leading to a fatality or serious disability. Under Prop 46, physicians who were responsible for a patient during an adverse event or 24 hours prior to it would have to immediately submit to a drug test.

“If there’s an adverse event, you have to return in twelve hours, or you are presumed negligent,” said Richard Thorp, president of the California Medical Association, and president and CEO of Paradise Medical Group in the Central Valley. In some cases, he noted, an adverse event may not come to light for days or even weeks after a patient received care. That means that a drug test would not reveal anything about whether the doctor in question was under the influence while on duty. It could also be difficult for doctors to provide immediate urine samples if they are traveling or on vacation, he said.

And under this part of the measure, doctors could have their licenses suspended simply because they did not submit to a drug test in the twelve-hour period. “It is so overreaching and so draconian,” Thorp said. “This isn’t an effective way to do this, and the reason is, this was just hastily thrown together by proponents of the ballot measure.”

Minsker of the ACLU noted that the drug-testing program could easily yield positive tests from legitimately prescribed drugs or marijuana that a doctor uses outside of work. “There are not enough protections here in terms of opportunity for due process for the doctors,” she said. “The initiative creates a presumption of negligence. … If somebody tests positive, lawyers are invited to go sue them immediately.”

The Prop 46 backers contend that there is an epidemic of doctors practicing while high, citing a fourteen-year-old report from the California Medical Board, which said — based on a study of the board’s diversion program for physicians with substance abuse problems — that 18 percent of California doctors will abuse alcohol or drugs in their lifetime. The proponents also cite a recent USA Today investigation that found that more than 100,000 medical professionals struggle with drug abuse or addiction in a given year — a problem made worse by the stealing of prescription drugs from work facilities for personal use. Pack also referenced a recent paper from Johns Hopkins Medicine, which argued that random drug tests of physicians at hospitals would improve patient safety and that medicine is under-regulated compared with other industries.

Enforcement data from the California Medical Board shows that from 2003 to 2013, 62 doctors had their licenses revoked due to alcohol or drug use, representing about 15 percent of total revocations during that time.

Carmen Balber, executive director of Consumer Watchdog, a nonprofit group pushing Prop 46, said that if the measure passes, the medical board will be able to craft specific regulations to address many of the concerns raised by physicians and other opponents, including specific policies to ensure doctors with legal prescriptions would not be penalized for non-work usage. “If you’re tested and a drug is found in your system that you have a prescription for, you are fine,” she said.

But the controversial drug-testing proposal could ultimately prevent California from adopting two other policy ideas that advocates say could meaningfully hold doctors accountable and increase patient safety. In terms of the malpractice proposal, Prop 46 proponents note that the state has not changed its cap on pain-and-suffering damages for victims of medical negligence since 1975. An increase from $250,000 to $1.1 million could go a long way in deterring negligence, with higher malpractice insurance premiums encouraging stronger patient safety programs, supporters say.

What’s more, the current low cap on non-economic damages disproportionately impacts low-income victims and their families who often struggle with the high upfront costs associated with a malpractice suit and face difficulties finding attorneys willing to take on their cases, because of the $250,000 maximum payout.

In terms of the proposed mandatory use of CURES, the prescription drug database, doctors’ groups argue that the system is underfunded and understaffed and lacks the technological capabilities to handle a large and immediate increase in volume. They also argue that Prop 46 does not call for specific security upgrades, meaning people’s private prescription information could be exposed in a hacking event.

But Pack, the Prop 46 author, pointed out that he recently helped secure roughly $3.5 million for an upgrade of the system, which is now underway. The CURES part of Prop 46 also could help shed light on physicians who over-prescribe pain meds. Advocates have long lamented the state medical association’s refusal to support the mandatory usage of the CURES database — a fact that they say reflects a broader failure to fight the prescription drug abuse epidemic.

And when doctors who recklessly prescribe are shielded from scrutiny or fail to consider their patients’ drug history, the consequences can be fatal.

“This is an essential tool to helping us battle the epidemic of prescription drug abuse,” said April Rovero, a San Ramon resident whose 21-year-old son Joey died in 2009 from an overdose. The doctor who prescribed his pain medications is facing murder charges in the case of Joey’s death and the overdose fatalities of two other young men, in addition to twenty felony charges of wrongfully issuing prescriptions.

With CURES, “doctors can readily determine whether that patient is a legitimate patient or if they are drug-seekers,” said Rovero, who now runs the National Coalition Against Prescription Drug Abuse. “Under the voluntary plan, it’s not working,” she said, citing the low rates of usage of the database. “It appears that the mandatory requirement is going to be necessary to get doctors to use the program.”