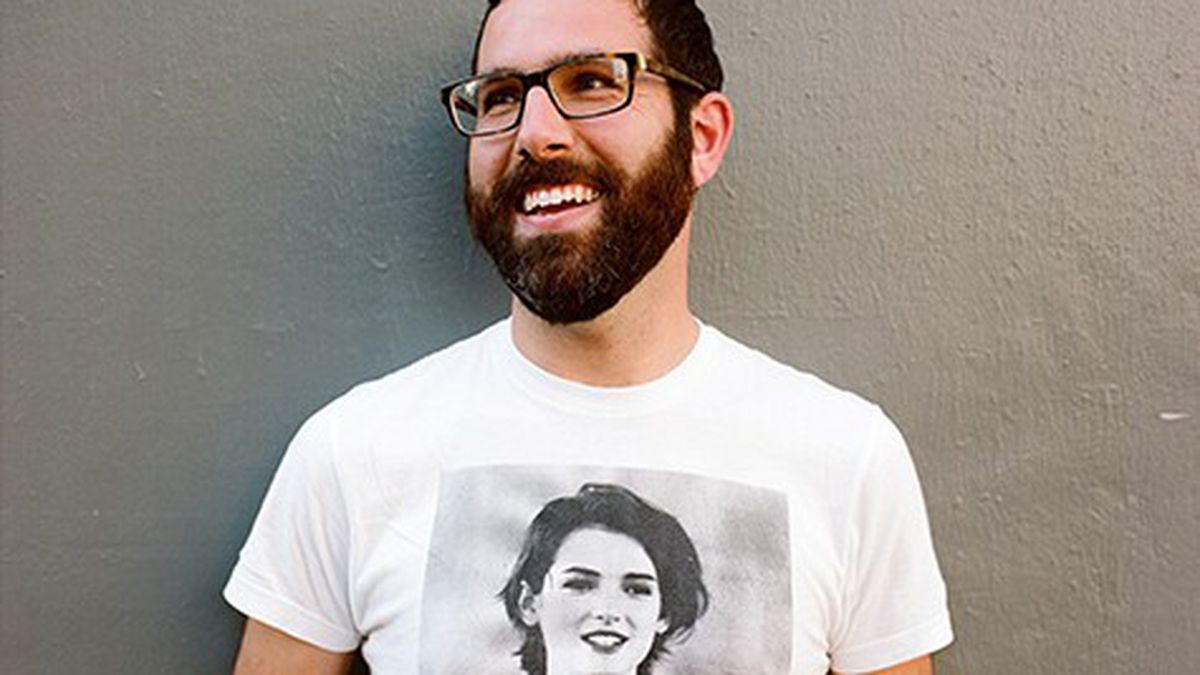 In 1872, a penniless San Francisco eccentric known as Emperor Norton prophesied a connecting tunnel and bridge between his city and Oakland. A century later, the tunnel that would house the Bay Area Rapid Transit system’s Transbay Tube was installed in 1972. Today, traveling beneath the Bay on BART is one of the fastest and noisiest heavy-rail experiences in the country. The origins, qualities, and even the oft-lamented limitations of BART make it quite analogous to local music. So titling a compilation of subterranean Bay Area post-punk from the late-Seventies and Eighties “BART” is perfectly apt.

Recently, Cheon sat in RS94109 (835 Larkin St., San Francisco) — the new, dance-oriented record store in which Dark Entries’ inventory lives — and recounted an impressive in-store performance by a contemporary experimental artist from the weekend before. He then spread records and old fanzines across the shop counter, revealing the cache of ephemera that he sourced for BART’s packaging. “I haven’t seen them side by side until now,” he said, beaming at the complementary designs on BART volumes one and two. Speaking to the series’ namesake and cover imagery — trains and tracks awash in Eighties-referencing CMYK hues — Cheon said, “Well, if I made a family tree for all of these artists, the different lines could connect everything.”

Dark Entries released BART Volume 1 on vinyl in 2011. Along with the second volume’s recent vinyl release, Dark Entries issued a CD that collects both. Cheon said he’s currently planning a third installment. The post-punk era — an umbrella phrase referring to the artists inspired by punk’s scrappy, uninhibited spirit rather than its sonic template — is celebrated and canonized in cities such as New York and Los Angeles. With the BART series, Cheon is illuminating a similarly fecund, though relatively underexplored, creative environment in the Bay Area.

“People don’t know that San Francisco was just as rich and varied as these other communities,” he said. “People think of it as artsy, but not a thriving metropolis, and so this stuff doesn’t get the recognition that it should.”

The latest BART opens with Factrix’s “Night to Forget,” on which siren-like moog wrestles with gurgling guitar and Joseph Jacobs laments love’s capitulation to religious differences. “Subway,” a thematically suitable track from prescient proto-industrial act Chrome, follows. Lean grooves power a swarm of echoing voices and barbed keys, as though a commandeered train bound for collision has crashed into the future instead. The next track, “Red Asphalt” by Red Asphalt, is a revelation: Frantic blasts of skittish synth and lunging riffs propel caustic, repetitive vocal declarations. It feels exhilarating, violent, and — like the grim drivers’ education videos of the same name — indelible.

“Volume two is a lot darker and more damaged overall, but the A-side has the more evil, disturbing songs, while the B-side has more of a poppy, dance vibe,” said Cheon. “I wanted to make it a clear night-and-day kind of thing.” Indeed, the B-side is a cavalcade of skewed new wave, a garish, Day-Glo foil to the opening tracks’ black and gray dystopian visions.

“Gilmore of the Fillmore,” a Cowley-produced track by Indoor Life, sets a busted funk groove beneath vocalist Bob Hoffnar’s impersonation of a man he saw harassing a stranger on Fillmore Street. Meanwhile, Wonders of Science’s track, “Let’s Start a Rumor,” voices the gabby editorial board of a tabloid magazine inventing scurrilous gossip. Cheon likened the buoyant, fleet-footed “Brand New Dance” by Timmy Spence (feat. The Sluts) to a track on volume one called “Castro Boy,” a one-off recording by Danny Boy and the Serious Party Gods that satirizes Frank Zappa’s “Valley Girl.” “They’re super camp and show the gay side of SF, which was a huge scene in the Seventies and Eighties and still is,” said Cheon. “I had to have that voice on there too.”

Certain impulses often ruin archival compilations. There’s the over-focused mistake, in which the compiler is so smitten with a narrow style of music that he or she inflates the perceived quality of lesser examples. Then there’s the historical-activism trap, in which zeal for highlighting supposedly “important” bands desensitizes compilers to how bad the music sounds. Trawl through enough compilations, especially the ones boasting “forgotten greats” and “hidden gems,” and you’ll quickly encounter the desire to compile a separate playlist — of worthy obscurities. As for Bay Area compilations released during the time of BART‘s focus, the best ones, such as Subterranean Modern, are pretty hard to find. More common ones, such as 415 Music, are a chore to parse in search of good tracks.

Cheon avoided both missteps with BART. The compilation is distinguished by his inclusive efforts, but it never feels smothered by claims to historical significance, which isn’t to say that Cheon hasn’t done dutiful research. In the shop, he brandished issues of yellowing fanzines such as Research and Damage, noting the images and information he culled to package and contextualize BART for today’s audiences. The jacket folds out to reveal a skyline picture taken by a staff photographer at Research named Ruby Ray, whose house he visited to scan the original negative and then colorize to match BART’s CMYK scheme.

BART’s packaging includes the credits on every song. The stories and lyrics, which Cheon solicited directly from band members, some of whom he now considers friends, wouldn’t fit. He explained that Sub-Pop fanzine named Zru Vogue’s “Nakweda Dream” — a beautiful, ruminative closing track — the best single of 1981. Ki Di Me, an outgrowth of the Inflatable Boy Clams, recorded “Islamatic” for free as a test-run of Dolby’s then-new noise reduction system. Thomas Dolby, the company’s namesake engineer, bought the band burgers. Cheon intends to publish the information online or maybe in a separate pamphlet. For devotees of the music, the added information is delightful.

Still, the details don’t make the music sound better, they don’t convey some essential impression of the era, and they don’t comprise an argument for historical revision. Ultimately, BART is a platform for the songs to assert their own relevance — and each one is persuasive.

“San Francisco is where artists ended up who weren’t looking to grow in a financial way,” said Cheon. “People weren’t looking for the media attention or to climb that ladder so much.” Or, there were few rungs to clutch. Songs from the Bay Area underground stayed closer to home for myriad reasons, but the ones on BART demand rapt attention on the level of sound alone. Emperor Norton was probably deranged. Regardless, he was revered in San Francisco, and his decrees, like these songs, resonate today.