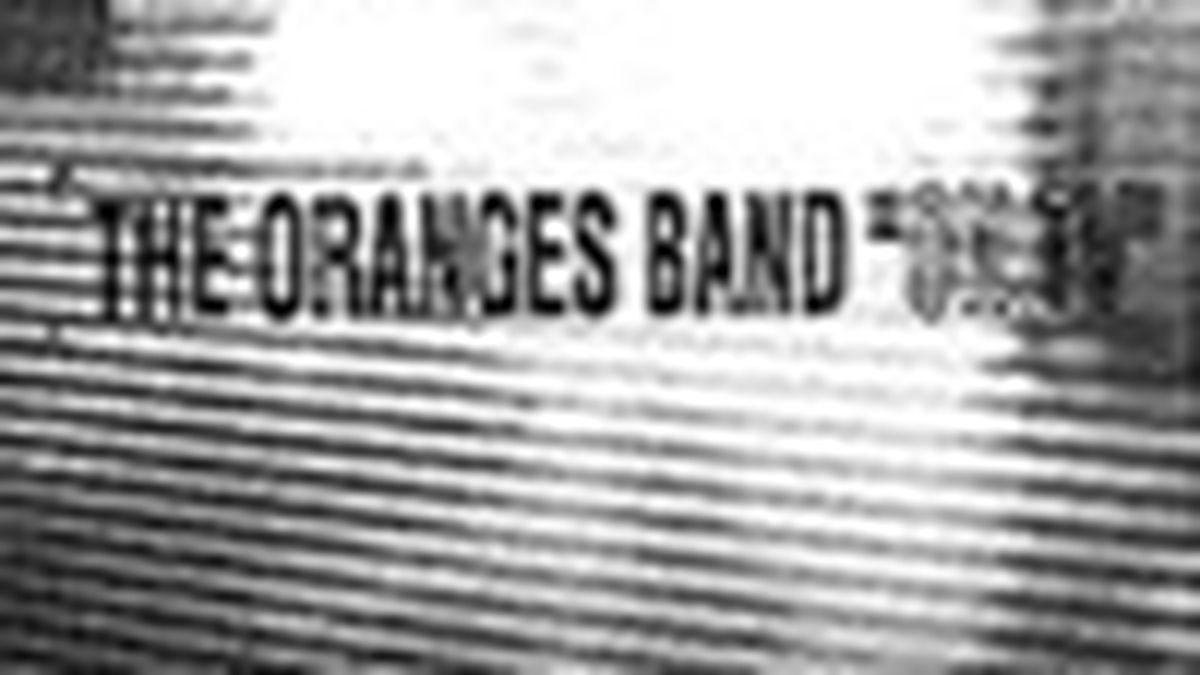 The Oranges Band isn’t exactly prolific. To date, the band has released three EPs: 2000’s The Five Dollars, last year’s Nine Hundred Miles of Fucking Hell, and now this latest, On TV. At its current rate of production, it’s averaging six songs per year, which is pretty unimpressive for a band whose grand ambitions once included touring the country as a collective of rotating musicians. But perhaps short bursts of sustained energy are what this Baltimore quartet is all about.

On TV is economical in every way. The no-frills production captures the vitality of a band performing in its basement, while the songs themselves eschew cumbersome verse-chorus-verse formulas and instead feature evocative lyrics rendered in two or three brief stanzas. Tracks like “When I Fell Into the Bay” and “Civic Minded 5” are musical vignettes populated with dislocated characters, but the songs on On TV don’t often lend themselves to literal interpretation. Roman Kuebler’s plaintive vocals drive a melancholy thread running through the EP.

The record’s abundance of clanging guitar chords and buzz-saw leads will bring to mind the mean-street garage rock of the Strokes at first. Listen further, however, and you’ll hear echoes of the rough, angular pop of early Go-Betweens and the Clean. And like those artists, the Oranges Band sprinkles its unconventional tunes with enough hooks (“oooh-oooh” backing vocals, sprightly piano) to keep its music from getting bogged down in gray indie-rock clichés. It’s a pleasant reminder of a time in alternative music when cutting-edge attitude commingled with classic rock idioms.

If On TV leaves you wanting more — and it should — don’t worry. The Oranges Band is reportedly working on a bona fide full-length album for next year.